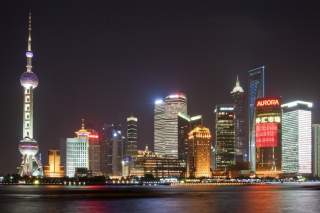 Adding to the endless speculation about China’s capabilities and intentions are recent questions about the country’s economic health.

Beijing certainly faces significant economic and financial problems. But for all the concern, Chinese development looks far more durable than recent media attention suggests. Especially given Beijing’s ample financial resources, growth will almost surely continue at a robust pace, if not the breakneck rate of some years ago.

There is no lack of grist for pessimistic mills. China’s stock market has taken a severe hit, falling, by some measures, nearly 40 percent from its highs last June to its recent lows in July. Earlier overbuilding had created a real estate bubble that is now in the process of deflating. And the pace of growth overall has slowed from 10-12 percent annually a few years ago to some 7 percent today, according to official statistics, and possibly slower, according to private analyses. There are, however, limits to the damage implied in each of these matters.

The stock market losses, though impressive, hardly constitute, as some commentaries have it, China’s 1929 moment. Recent losses, after all, pale next to those suffered during the global recession of 2008, and China’s economy hardly imploded then. The fact, then and now, is that stocks matter less to the Chinese economy than other countries, especially the U.S. economy. Consider that on a trend basis, the value of all stocks outstanding in China amounts to only 50-60 percent of the country’s gross domestic product (GDP). In the United States, that ratio trends closer to 130 percent. The wealth gained or lost in stock market moves simply weighs heavier here than there. Or consider that China’s huge, state-owned firms are surely less likely to overreact to a stock slide than are American firms, large and small.

If China seems less vulnerable to stock losses than some suggest, its real estate collapse threatens less, too. Americans, hearing about real estate problems anywhere, naturally and understandably draw parallels to their own highly destructive real estate problems in 2008-09. But such parallels are misplaced with China. In America, the problem was less the size of the questionable debt than that it was widely held throughout the financial system, so much so that no one knew which firms were threatened by it. In that circumstance, each financial firm distrusted the other’s stability, and consequently, all refused to deal with each other. The economy suffered accordingly and severely.

China does not have this problem. Not only does financial dealing matter less there, but the overhang of questionable real estate debt, though large, is concentrated almost entirely in local and provincial governments. Households are far from over leveraged, as they were in the United States. Until recently, a Chinese home buyer had to put down 30 percent for his or her first home, by law, and 60 percent on a second home. If the debt burdens of local governments will hurt the economy, they are nonetheless easier for the authorities in Beijing to contain than was the sub-prime situation Washington faced in 2008-09.

Meanwhile, the economy’s slowed growth pace might speak more to economic health than to problems. The rapid growth of earlier years reflected what Beijing has long known was an unsustainable reliance on exports and the investment spending needed to support that effort. Even during that time of rapid growth, when Chinese exports sprang from a negligible share of the global total to about 12 percent, Beijing economists pointed out that the country’s exports were not likely to go to 24 percent any time soon. The government consequently has long sought to develop a broader base for economic progress, one that includes higher levels of consumer spending. Such an economic reorientation would not only produce a more stable basis for future gains, but it would also buy domestic peace by extending prosperity to a larger portion of the population. But such broad-based growth by nature proceeds at a slower pace than the first blush of export-oriented gains. The slowdown so many media reports worry about may simply indicate early success in this reorientation.

Even if, against these expectations, the economy still reacts badly, Beijing has tremendous resources at its disposal to remedy the situation. It holds the equivalent of nearly $4.0 trillion in foreign exchange reserves, some 35 percent of GDP, and could deploy them to bolster the economy should the need arise. Moreover, the Chinese government’s relatively low debt level gives it still other fiscal options. Though there is a lot of private debt in China, public debt outstanding amounts only to some 25 percent of GDP. That compares with a public debt burden of about 100 percent of GDP in the United States. Beijing carries so little debt, in fact, that it could absorb all the real estate losses of local authorities and still have a lower relative debt burden than the United States, some 75 percent of GDP. Furthermore, such finances enable the government, should the need arise, to remount a stimulus on the scale it used so successfully to counter the effects of the 2008-09 global recession. And China’s command economy would allow Beijing to deploy such a stimulus rapidly.

Neither does Beijing lack for motivation to use these resources. It knows that the constant flow of people from the countryside into the cities makes job creation imperative, for social as well as political stability. Beijing certainly learned in the recession of 2008-09 how vulnerable it was in this regard. Then, the country’s lack of a social safety net led to rioting frequently and almost immediately on any interruption in jobs growth. Communist Party officials were attacked. The government had little choice but to implement that stimulus. This pressure may have abated in recent years, but the need to keep creating new jobs, to sustain real growth rates of at least 5-7 percent, persists and for the same reasons. There can, then, be little doubt that Beijing will do all that it can to sustain this necessary pace of advance.

None of this pretends that all is well or risk free. The economy remains vulnerable to significant harm, especially if a policy error compounds the problems or waits too long to counteract them. Then, the resulting social discord would do more economic damage than any of the immediate problems presently occupying media attention. If such an error is possible, however, it is not necessarily probable. Instead, likelihoods favor continued economic growth that, if slower than in the not too distant past, should proceed at a pace sufficient to meet the economy’s crucial job creation needs and considerably faster than the United States and the rest of the developed world.

Milton Ezrati, a contributing editor to The National Interest, is senior economist & market strategist for Lord, Abbett & Co and an affiliate of the Center for the Study of Human Capital at the State University of New York at Buffalo. His most recent book, Thirty Tomorrows, on aging demographics, the challenge it presents, and how the world can cope, was recently released by Thomas Dunne Books of Saint Martin’s Press.