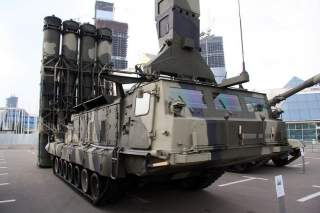 In recent weeks, many have expressed growing concern over Iran’s potential to dominate the Middle East, particularly if it receives sanctions relief as part of a comprehensive nuclear deal. These concerns, while not completely without merit, are greatly exaggerated. Iran's gains in recent years have not been nearly as extensive as is often claimed, while the setbacks it has suffered have been all but ignored.

Concerns about Iran’s potential to dominate the region originate from the belief that Iran has made significant gains throughout the region over the last decade. James Stavridis, the former Supreme Commander of NATO, summed up the thinking of many when writing, “A glance around the region shows the power and reach of Iran today, despite the significant imposition of sanctions. Indeed, Iran is deeply and successfully dominating politics in the capitals of four major states in the region from Beirut to Baghdad, Sanaa to Damascus.”

This vastly overstates the expansion of Iranian power in recent years, however, and fails to acknowledge the limited benefits Iran accrues from its influence.

Iran’s only significant recent gain has been the influence it has acquired over Shia Iraq as a result of the overthrow of Saddam Hussein’s Baathist regime. Unlike Iran’s other supposed gains in the region, its influence in Iraq is actually consequential for two reasons.

The first is that it strengthens Iran geopolitically by giving Tehran greater strategic depth. Due largely to reasons of geography, Iran's border with Iraq has historically been its greatest vulnerability, as well as its outlet to project power across the Middle East. As such, it is crucial for Tehran to control this border region, which was impossible so long as a Sunni government controlled Baghdad.

Shi’a Iraq is also important to Tehran because, in stark contrast to its other supposed gains in the region (all of which have come in resource poor countries), southern Iraq is rich in hydrocarbons, giving it economic significance. Even this has been of questionable benefit to Iran, however, as Iraq’s growing oil exports helped enable the United States and Europe to impose crippling sanctions against Iran without disrupting global energy markets.

Elsewhere Iran’s supposed gains have been transitory at best. For example, the Sunni rebellion in Syria has undoubtedly enhanced the Assad regime’s dependence on Tehran. Yet this dependency has been an immense financial burden on Iran, and one that is not particularly popular at home.

Furthermore, the civil war has greatly reduced Syria’s strategic importance to Iran, which was almost wholly geostrategic and symbolic in nature. From a geostrategic perspective, Syria was a crucial component of the so-called Shia crescent that gave Tehran a sphere of influence stretching from Iran itself through the Levant.

The Assad regime’s intermittent control of its own territory interrupts this land route, a problem made worse for Tehran by Baghdad’s loss of control over much of western Iraq. In short, the Shia crescent has been punctured in half—with the lost territory now largely in the hands of an anti-Shia fanatic group.

The Assad regime was symbolically beneficial for Iran in that for years it was the only Arab government allied with Iran. The importance of this cannot be understated for a Persian nation with hegemonic designs on an Arab region.

Some of the Assad regime’s importance to Iran in this regard was lost when Tehran gained another Arab ally in the form of the Iraqi government. More importantly, the Syrian and Iraqi Civil Wars have redrawn the Middle East along strictly sectarian lines. As such, the Assad and Iraqi governments are now perceived in the region less as fellow Arab states and more as Shia enemies in a sectarian war that is engulfing ever more of the Middle East.

This is a strategic nightmare for a Shia power like Iran, and it strictly limits Tehran’s ability to project influence throughout the Middle East. This is seen by Iran’s growing unpopularity in the region. For example, a 2013 Zogby Research Services poll found that “Iran is now viewed unfavorably in 14 out of 20 Arab and Muslim countries.” Only in Iraq, Lebanon, Libya and Yemen did a majority of respondents say that “Iran is working to promote peace and stability in the region.”

The sectarian divide has also greatly curtailed the popularity of Iranian proxy groups like Hezbollah. Indeed, a 2014 Pew Research poll found that a majority of the population in every Middle Eastern country surveyed held a negative view of Hezbollah, including in Lebanon itself, where nearly 60 percent of the population viewed the group unfavorably. The same poll found that more than 80 percent of the publics in Jordan and Egypt had an unfavorable view of Hezbollah, roughly double the numbers from seven years before. It is little wonder then that Hamas has distanced itself from Iran since the Syria Civil War broke out in 2011, instead cozying up to Sunni countries like Turkey and Qatar.

Iran and its Shia partners’ growing unpopularity in the Sunni and Arab worlds is having real strategic consequence for Iranian foreign policy. Specifically, it is giving Sunni and Arab governments, most of whom have long feared Iran, greater freedom of maneuver in checking Iranian power. This was first evident in the proxy war many Sunni countries are waging against Iran in Syria. More recently, the gains of the Iranian-backed  Houthis in Yemen have led to an unprecedented Arab military coalition led by Saudi Arabia. Thus, there is now an overt anti-Shia coalition in the region committed to checking Iranian power, wherever it may manifest itself.

This is extremely troubling for Iran. To begin with, Saudi Arabia has used the Yemen conflict, as well as regional fears of a rising Iran more generally, to carve out a larger leadership role for itself in the region. Perhaps more importantly, the Sunni Persian Gulf states hold a significant military advantage over Iran, leaving Tehran incapable of standing up to them militarily.

As J. Dana Stuster notes in a new policy brief for the National Security Network, “Iran is currently fighting the greatest challenge to its power since its sphere of influence coalesced in the 1980s.” The financial windfall Iran may receive as part of any nuclear deal will do little to help Iran overcome its worsening strategic landscape in the region. In fact, Iran’s position may further deteriorate as the United States takes steps after a deal is signed to bolster the support for its Arab allies, who will have an even stronger impetus to counterbalance any perceived Iranian gains.