Exposed: Iran's Super Strategy to Crush America in a War 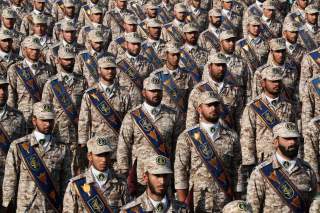