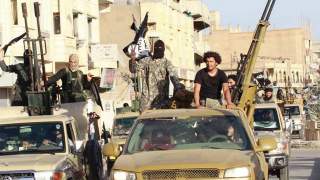 On October 29, 2008, an American named Shirwa Ahmed drove a vehicle loaded with explosives into the northern Somali city of Bosaso. When he detonated the bomb, as part of one of five near-simultaneous attacks across northern Somalia, he became the second-known American suicide bomber.

Ahmed was one of dozens of Somali-Americans enticed to fight in Somalia by al-Shabaab, a Somali terrorist organization that controls swathes of the East African country. On February 21, the group called for attacks on several malls in the West, including the Mall of America in Minnesota. The group recruited as many as sixty Americans—nearly all of Somali descent—including one added to the FBI’s Most Wanted Terrorists list in January. Al-Shabaab’s efforts constitute the most successful terrorist recruiting program in U.S.history, according to the House Homeland Security Committee.

Al-Shabaab’s American recruit pipeline mostly dried up after 2009, but events suggest Middle Eastern terrorist groups, particularly the Islamic State, are reviving the practice of recruiting from the United States. On February 5, the Department of Justice announced charges — and listed three unnamed co-conspirators — against Somali-American Hamza Naj Ahmed for attempting to aid the Islamic State. Reports chronicle other Somali-Americans involved with Middle Eastern terror groups: a Minnesotan killed fighting for the Islamic State; at least four women who disappeared presumably to marry Islamic State fighters; teenage sisters foiled trying to do the same; two men arrested for attempting to join the Islamic State; and one man fighting for Jabhat al-Nusra, al-Qaeda’s affiliate in Syria.

A Somali-American has never carried out a domestic terror attack — though one has tried — but the recent attacks in Australia and France underscore the danger of domestic radicalization. The Islamic State has called for terrorist attacks in the West, and specifically appealed to Muslims in Minnesota in an August video. Minnesota is home to the United States’ largest Somali community. Understanding the vulnerability of some Somali-Americans towards radicalization is the first step in fighting it.

But first, it is important to keep in mind that radicalization plagues other communities as well, not just the Somali-American one. And even if one takes the highest estimate of Somali-Americans that have joined terrorist organizations, it is still a tiny percentage of that population. The great majority of Somali-Americans repudiate terrorism.

Yet the Islamic State is having success in recruiting an alarming number of Somali-Americans, and the community’s uneven integration into American society is a key explanation. The mix of ideology and circumstances that leads to radicalization varies by person, but a sense of alienation is a dangerous facilitator. Those who feel disaffected are easier prey for extremists who purport to offer identity and purpose in their narrowly-defined version of “pure” Islam.

Many Somalis came to the United States in order to flee a brutal, decades-long civil war that gutted their country. Their history has burdened them with disadvantages that have made them, by many measures, the most poorly integrated of all American immigrant groups. Foreign-born Somali residents have the lowest English proficiency rates and lowest median annual earning and employment rates of all African immigrant groups, as well as some of the lowest levels of educational attainment. They are also relatively new to the United States.

The battle against radicalization is one of ideas, as those who turn to Islamic terrorism have accepted an extremist interpretation of their religion. Fellow Muslims have the responsibility to refute such a worldview, so moderate Somali-American Muslims must lead the anti-radicalization efforts in their community. The government and civil society should focus on partnering with those in the community fighting the war of ideas. Successful cooperation of this kind will not only disrupt extremist recruitment,but will also build trust with the community and knit it more deeply into American society, lessening its seclusion and thereby strengthening it against radicalization.

Some of this is already happening. Somali-Americans have banned a suspected radical from a local mosque, cooperated with the FBI on disappearances, and even made a citizen’s arrest of a suspected the Islamic State recruiter. Others have started a community anti-radicalization program, and a website devoted to debunking the radical message.

U.S. officials are also more aware of and proactive about the threat. When it became clear that al-Shabaab was successfully recruiting Somali-Americans, officials responded with a community outreach campaign. One of the largest terror investigations since the September 11 attacks, Operation Rhino, recently netted convictions of recruiters, financiers, and returned fighters. Since Americans began traveling to Syria to fight, the FBI has stepped up its investigations in Minneapolis, which was also chosen as the site of a federal anti-radicalization pilot program.

Integration is not the full solution to radicalization. One need only to look at some American jihadists, such as Omar Hammami or at some of the Somali-Americans who fought for al-Shabaab or the Islamic State. But ensuring that the Islamic State makes no further inroads with a community that has lost dozens of members to terrorist organizations is an urgent task, and hastening Somali-American integration is vital to fighting terrorism.

Joshua Meservey is assistant director of the Atlantic Council’s Africa Center. He is co-author of the Joint Special Operations University monograph “Countering the al-Shabaab Insurgency in Somalia: Lessons for U.S. Special Operations Forces,” and previously worked in Nairobi, Kenya. He is on Twitter at @jmeservey.