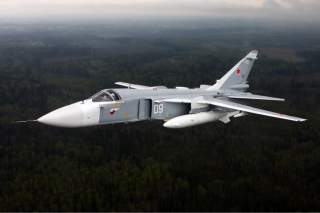 As with his previous moves in Syria, the incursions by Russian planes into Turkish airspace and other related incidents along the Turkish-Syrian frontier are direct geopolitical communications from Russian President Vladimir Putin.

The first is to show that Russia has the ability to pivot along several fronts. For the past year, the smart money on where the Kremlin would seek to challenge the coherence of the North Atlantic alliance was the Baltics. A good deal of attention was paid to reinforcing NATO’s position in the Baltic States under the assumption that the next move would take place in Estonia or Latvia and that the Atlantic alliance would have to show its commitment to respond if the Article 5 guarantee was to have any meaning. Patrols and exercises in the Baltic basin were stepped up. However, the proposition that a serious Russian challenge would emanate from the Levant—from Russian aircraft operating out of Syria on Turkey’s southern frontiers—was not considered or anticipated. NATO is being challenged by Russia from an unexpected direction.

And NATO”s southeastern flank has always been its weakest link—and the one that both old-European and new-European members of the alliance have been least interested in. Ankara remembers very well the hesitation that many NATO members showed in 2002 and 2003 for discussion of concrete plans for reinforcing Turkey’s defensive posture in the event of negative spillover from the impending Iraq war. NATO as an institution—headed by its secretary-general, Jens Stoltenberg—has taken a very hard line rhetorically in responding to the two incursions—but whether he can carry the alliance’s members to back up his comments with concrete action remains to be seen.

Whether Russia is prepared to jeopardize its very lucrative economic relationship with Turkey remains to be seen; as Kremlin policy over the last two years has demonstrated, Russia seems prepared to trade economic benefits for perceived geopolitical advantages. Perhaps the Kremlin has concluded that the vaunted Turkish Stream pipeline that was to enable Russia to completely terminate the need for Ukraine as a transit country to European markets for its natural gas is no longer in the cards, and so risking a confrontation with Ankara is more acceptable. On the other hand, Putin and his government, particularly his military, may be gambling that a bit of pressure on Turkey to demonstrate NATO’s unsteadiness makes Moscow’s point. For NATO, which has already been forced to pay more attention to the Baltic States because of the Ukraine crisis, to find additional resources to be able to reassure Turkey that the alliance is fully committed to its security will be problematic.

The incursions as well as other encounters also make it clear that Putin is prepared to take an aggressive stance in patrolling and controlling Syrian airspace. This puts the Western anti-ISIS coalition in a delicate position. For the past year, coalition aircraft have struck targets in Syria without facing any sort of opposition from the Syrian government. The Bashar al-Assad regime could maintain the fiction that Western, Turkish and Arab air campaigns, by targeting the Islamic State and related groups, had their tacit blessing and permission. Putin, however, is flying aircraft in Syria with the express consent of the government which still claims the rights to exercise sovereignty over all of Syria. Once talk began to surface in Western capitals that Syrian opposition forces not aligned with ISIS should receive air protection from the coalition to protect them from government and Russian airstrikes, however, the attitude has shifted. Of course, the regime could not give even tacit approval for air campaigns designed to punish the Syrian government for its actions. Thus, the Russians are putting the anti-ISIS coalition on warning that their air operations within Syrian airspace can only occur with Damascus’s consent, and that the Syrian regime now has greater ability to control its airspace than before. It also puts into doubt proposals for creating humanitarian safe zones in northern Syria for refugees that would be patrolled by coalition aircraft to deter both ISIS and government attacks, since any such no-fly zone could not be set up without Russian permission—unless the United States and its partners are prepared to engage Russian aircraft and air defense systems.

The Russians have a clear end-state in mind: a settlement for the Syrian conflict that preserves Assad in control of all or part of Syria (in the best case scenario) or leaves his regime as a major component of a post-Assad Syria—outcomes that, so far, the West, Turkey and other Arab states have rejected. Putin appears to be slowly escalating his efforts while taking Western policy options off the table, to maneuver the West and its Middle Eastern partners to either step up to meet the challenge (a gamble he has calculated they will not) or to shift to his position. The incursions are the latest in a series of risks he has been prepared to take—expecting that his bluffs will not be called.