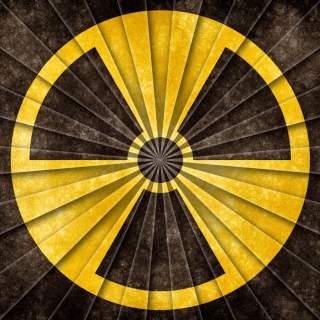 Neither nuclear disarmament, nor nuclear reductions are likely to come about anytime soon. As Rod Lyon recently discussed in a previous post, the role of America’s nuclear arsenal in international security issues is actually increasing. This trend has already been apparent in the Asia-Pacific for some years regarding U.S. security assurances to Japan and South Korea, but nuclear strategy and U.S. extended deterrence have now also made a comeback with European allies. This begs a crucial question for advocates of a world without nuclear weapons: what would the U.S. arsenal look like were it not for Washington’s global alliance commitments?

It seems like an obvious question to examine if the world is to achieve smaller numbers of nuclear weapons. What would U.S. nuclear posture look like if it did not have global alliance commitments? Or if it was a less globally committed military actor and its nuclear policies looked more like France and Great Britain’s? There are, of course, nuances to this question: could the United States still continue to “extend” deterrence with conventional forces only? Would it want to? In all its history up until the Second World War, the United States has been a more or less isolationist power. It is also easy to take for granted just how impressive a feat it was for the United States to establish strong alliances with countries in Asia, for instance, half a world away. U.S. nuclear capabilities, and their long-range delivery systems, were integral to that enterprise. Without the bomb, Washington would not have had the appetite or the audacity to undertake such vast and significant security commitments.

It’s true that the size and shape of the U.S. nuclear arsenal has always been inherently tied to the defense of its Western European allies, with the Asia-Pacific as a secondary consideration, since the risks there of great-power nuclear war were much smaller. Relatively recent literature on the subject suggests that it is indeed allies that have always been a major hindrance in U.S.-Russian nuclear arms-control negotiations. Which raises what should be an obvious point: in order to get to lower numbers and eventually zero nuclear weapons, the United States needs to wean its allies off the so-called nuclear umbrella.

This, however, raises all sorts of broader questions about the relationship between nuclear and conventional capabilities in extended deterrence relationships. Would removing the nuclear component of U.S. extended deterrence entail an inverse buildup of conventional forces? Could we see a non-nuclear arms race try to fill a nuclear-shaped gap in the Asia-Pacific? Which raises another related question: how much would America’s conventional-force posture change? And how much of it would be tailored to assuring allies that the United States was committed to defending them? Any buildup of U.S. conventional forces in the region would surely be provocative for challengers to the current regional order—namely, China. Already the so-called “Air-Sea Battle” concept—an attempt at reassuring allies that Washington is serious about their defense—has generated considerable debate in Tokyo, Seoul and Canberra.

So a major problem with nuclear disarmament in and of itself is that it graphically exposes global conventional imbalances and complicates calculations about what constitutes a stable, conventional balance of power. Especially in Asia, where there are several balances of power and establishing one may work to undermine the stability of others. (This was not a problem in Europe during the Cold War, since there were two easily identifiable blocs). In addition, compared to Western Europe during the Cold War and today, Asia is a region of rising powers. And rising powers do not tend to disarm. Russia and China seem especially concerned about U.S. conventional superiority, which demonstrates that for many states, nuclear weapons are not just for deterring other nuclear weapons.

True, the history of conventional arms control is rife with examples of failure. One need only look at the history and results of the 1932 Conference for the Reduction and Limitation of Armaments, which saw attempts by various European states to negotiate limits on naval tonnage and aerial fleets. Still, these are crucial issues we are necessarily going to have to deal with in negotiating the future of U.S. extended deterrence towards a disarmed world.

All of this goes to show that conventional military balances, and indeed conventional arms control, are going to need much more attention than previously accorded in the nuclear age. Removing the warhead does not take away the perennial problems of strategy. As the eminent Australian scholar Hedley Bull once asked:

“What assumptions concerning a desirable and feasible world order are implicit in our present theory and practice of arms control?... the cooperation involved in arms control should promote universal purposes and not merely bilateral ones. Cooperation that promotes special or bilateral purposes may count as arms control, but we should be clear that the proper purpose of arms control is to advance objectives endorsed by international society as a whole.”