F-16V Fighters For Taiwan: $8 Billion Well Spent? Yes and No. 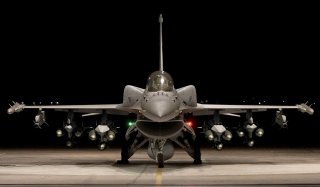