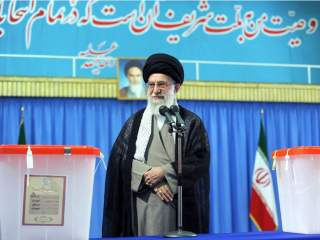 As the February 26 elections are approached, Iran’s hardliners are willing to do anything against Rouhani. Preventing a large number of the reformists and moderates from running in the elections is one tactic. Khamenei has been emphasizing that the U.S. is trying to “infiltrate” Iran to regain influence. He emphasized on January 9 that the elections for the Assembly of Experts are highly important, and asked the people to elect candidates to appoint a supreme leader who “will resist the enemy’s attacks.”

The hardliners will topple the Rouhani administration, if they can. But the future is wide open, and it is not clear that the turn of events will be in the hardliners’ favor. They do not really care about the international implications of their actions for Iran and Iranians, and thus they serve the interests of Saudi Arabia and Israel.

Akbar Ganji is an Iranian investigative journalist and dissident. He was imprisoned in Tehran from 2000 to 2006, and his writings are currently banned in Iran. This article was translated by Ali N. Babaei.