The Failure to Repatriate Foreign Fighters Is A Gift to ISIS 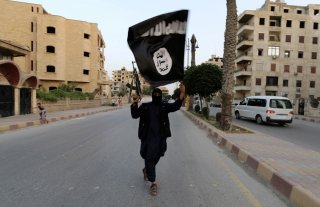 The United States vetoed a United Nations Security Council resolution that aimed to address the fate of the foreign fighters remaining in Syria and Iraq on August 21, 2020. The draft resolution called on member states to prevent future security threats from “foreign terrorist fighters” (FTFs) “by bringing them to justice, preventing the radicalization to terrorism and recruitment of FTFs and accompanying family members, particularly accompanying children, including by facilitating the return of the children to their countries of origin, as appropriate and on a case by case basis.”

Around forty thousand people from all over the world had traveled to Syria and Iraq to fight for such terrorist organizations such as the Islamic State. Many of those people perished on the battlefield or have returned home. However, an active group of foreign supporters of the caliphate stayed until the Islamic State lost territory and collapsed in early 2019. Since then, thousands of foreigners have remained in detention facilities such as the Kurdish-controlled al-Hol or al-Roj camps.

While the draft resolution focused on the rehabilitation and reintegration of such foreign fighters, it did not include the repatriation of foreign fighters to their countries of origin. This was the reason for the U.S. veto. Kelly Craft, U.S. Ambassador to the UN, explained that the resolution failed “to even include reference to the crucial first step—repatriation to countries of origin or nationality.”

Repatriation of foreign fighters has been a highly contentious issue. Some countries, like Macedonia, have taken their foreign fighters back. Others, like France, have been more open to repatriating children. Many repatriation efforts have faced resistance from the public and pushback from politicians. For instance, in Norway, a decision to repatriate a Norwegian woman and her two children from Syria prompted the collapse of the governing coalition.

European countries have been especially averse to bringing their foreign fighters back. After all, Europe has had experiences with terrorist attacks at the hands of foreign fighter returnees. The 2014 shooting at the Jewish Museum in Brussels, the 2015 attack on the Thalys train in France, the 2015 Paris attacks, and the 2016 bombing at the Brussels airport all involved ISIS returnees from Syria and Iraq. The fear is that repatriated foreign fighters could plot similar attacks once at home.

However, returnee perpetrators in those attacks returned back to Europe under the radar of security services. Mehdi Nemmouche, the man who attacked the Brussels Museum, made his way back through Turkey, Malaysia, Singapore, and Hong Kong to avoid detection. In the case of the Paris attacks, the perpetrators exploited refugee routes to smuggle foreign fighters back.

In contrast, repatriated foreign fighters would remain visible to security services and security risks would actually be reduced. First, returnees could be prosecuted for crimes committed in Syria and Iraq and be placed in prison. Second, various administrative measures such as passport revocation would allow the authorities to significantly restrict the potential movements of suspect individuals. Finally, keeping track of repatriated returnees and providing them with rehabilitation assistance would offer venues for monitoring their activities.

If security risks become more manageable in cases of controlled repatriation, then the world faces greater uncertainty if foreign fighters remain in Syria and Iraq. Returnees are not the only individuals that pose a threat. Lessons from history indicate that foreign fighter relocators can pose equal, if not greater, threats.

After the Soviet-Afghan war, foreign fighters who were denied an opportunity to return home joined numerous armed conflicts around the world. Those relocating foreign fighters helped spread jihadist ideologies around the globe and promoted the use of terrorism. For instance, American Christopher Paul traveled to Afghanistan and Bosnia before making his way to Germany to train Islamist cells there. In the 1990s, some foreign fighter relocators found refuge in Europe, where some helped build European jihadist networks. Thus, Egyptian Abu Hamza al-Masri was active in London’s Finsbury Park Mosque where he disseminated militant jihadist ideas. Currently, the danger remains that if foreign fighters are not repatriated from Syria and Iraq, then they might similarly move on to other locales to further spread Islamic State ideals.

Elena Pokalova, PhD, is an associate professor at the College of International Security Affairs, National Defense University in Washington, DC, and author of Returning Islamist Foreign Fighters: Threats and Challenges to the West. The views expressed in the article are her own.