The Fairy Tale of Finite Resources 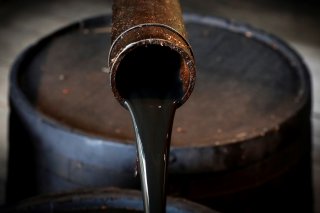 At first glance, it is an argument that seems to make sense—and it would be crazy to oppose: Because the earth’s raw material resources are finite, infinite growth is impossible. This leads many to conclude that, somehow, growth must be limited. What is there to this argument?

Warnings about the limits to growth are not new; they have been around for centuries. Here are just a few examples from the last eighty years: In 1939, the U.S. Department of the Interior declared that U.S. oil reserves would last only thirteen more years. In 1949, the U.S. Secretary of the Interior announced America’s oil supplies would soon run out. Having learned nothing from its earlier false claims, in 1974, the U.S. Geological Survey said that the United States had only ten years of natural gas left.

In 1970, the scientist Harrison Brown published a graph in Scientific American in which he estimated that humanity would run out of copper shortly after the year 2000. Lead, zinc, tin, gold and silver were expected to disappear before 1990. Also in 1970, the ecologist Kenneth Watt predicted that the world would soon run out of oil. “You’ll drive up to the pump and say, ‘Fill ‘er up, buddy,’ and he’ll say, ‘I am very sorry, there isn’t any,’” Watt said.

How the Club of Rome Got It Wrong

Published that same year, the Club of Rome’s “Limits to Growth” study attracted a great deal of attention. To date, more than thirty million copies of the study have been sold in thirty languages. The book warned people to change their ways and offered a stark message: the planet’s raw materials would soon be depleted, especially oil. In twenty years, the scientists predicted, the last drop of oil would be used up. And it wasn’t only in relation to oil but for almost all relevant raw materials that the Club of Rome’s report completely misjudged the date by which they would be exhausted. Predictions issued at the time suggested that natural resources such as natural gas, copper, lead, aluminum and tungsten would not still be found in the earth today. Those predictions were based on forecasts for continued economic growth between the 1970s and the present day. Everything should have been used up by now; in some cases, decades ago. Silver was supposed to be depleted in 1985. In fact, in January 2020, the United States Geological Survey estimated silver reserves worldwide at 560,000 tons.

Before anyone starts shaking their head at all these false predictions, it is worth pointing out that from the beginning of industrialization until about the 1970s, there was indeed a close correlation between economic growth on the one hand and energy and raw material consumption on the other.

But based on numerous data series, the American scientist Andrew McAfee proves in his book More from Less, which was published in 2020, that economic growth has decoupled itself from the consumption of raw materials. Data for the United States shows that of seventy-two commodities, only six have not yet reached their consumption maximum. Although the U.S. economy has grown strongly in recent years, consumption of many commodities is declining.

Back in 2015, the American environmental scientist Jesse Ausubel noted in his essay The Return of Nature: How Technology Liberates the Environment, which was published by, that Americans are consuming fewer and fewer raw materials per capita. Total consumption of steel, copper, fertilizer, wood and paper, which had previously always risen in tandem with economic growth, had peaked and had been declining ever since.

Such developments are all due to the laws of much-maligned capitalism: companies are constantly looking for new ways to produce more efficiently, i.e. to get by with fewer raw materials. They do this, of course, not primarily to protect the environment, but to cut costs.

What’s more, innovations have promoted a trend we call miniaturization or dematerialization. One example of this trend is the smartphone. Just consider how many devices are contained in your smartphone and how many raw materials they used to consume. There is a calculator, telephone, video camera, alarm clock, voice recorder, navigation system, camera, CD player, compass, answering machine and many more besides.

Many people today no longer have a fax or use paper road maps because they have everything at their fingertips in their smartphone, and some even do without a wristwatch. In the past, most people had four separate microphones in their telephone, audio cassette recorder, Dictaphone and video camera. Today, a smartphone needs only one microphone for all these devices.

I used to be proud of my large record collection, which spanned several shelves. As technology advanced, I bought CDs that all fit on a single shelf and consumed far fewer raw materials. Today, my girlfriend teases me because I still buy CDs. All of her music is in digital files, which don’t take up any space. I admit I’m a bit old-fashioned and own several thousand books. I don’t have enough shelf space for them all, so most of my books are in storage. My father, despite being ninety-two years old, is more modern than I am and reads lots of books as e-books on his Kindle.

These are just a few of many examples of a trend toward dematerialization. So the reality is more complex than it might seem at first glance when people say, “Our planet has limited resources, so we can’t grow indefinitely.” One resource, in particular, is unlimited: Human ingenuity. And this—as the last two hundred years have repeatedly shown—can best develop under capitalism.