False Dilemmas in the Iran Talks 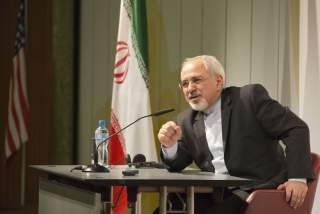 Despite some stumbles, the Iran nuclear talks resuming in Vienna this week may yet yield an accord that could end the prolonged crisis. But the promise of success could turn into colossal failure, particularly if both sides cling to equally dubious preoccupations over “breakout time” and “irreversible sanctions relief.”

The nuclear talks have a “very real chance,” as President Obama put it, of yielding a deal. This is mostly because last year the parties finally got beyond the faux obstacle of Iran’s claim of its “right to enrichment.” For nearly a decade, diplomatic forays to resolve the Iranian crisis went nowhere. Tehran, in a hair-splitting interpretation, claimed that the right to enrichment is enshrined in the Nuclear Non-Proliferation Treaty (NPT), to which it is a party. The West countered that there was no such right—and even if there were, Iran had forfeited it by violating its obligations.

The disagreement was a chimera. There is no resolution to it in the NPT. The legalistic quarrel cloaked the real issue: the geostrategic rivalry between Iran and the West.

The parties eventually acknowledged this, after years of mutual escalation that only brought them closer to conflict, not to their objectives. Both reconceptualized the issue. Iranian foreign minister Javad Zarif announced last fall, “We see no need for [Iran’s right to enrichment] to be recognized as ‘a right,’ because this right is inalienable.” The West, in turn, implicitly recognized that no agreement is possible unless it allows Iran to retain some enrichment capability.

But now that the parties are negotiating a comprehensive agreement, they have trapped themselves in a new debate—again an artificial one. The P5+1 is obsessed with the concept of “breakout time,” the time required to enrich enough uranium to weapons grade for one bomb. To lengthen it, the group is trying to define Iran’s “practical needs” for enriched uranium as minimally as possible. By contrast, Iran, having invested enormous resources and pride in its enrichment program, is trying to define those needs in maximal terms.

The negotiations will not get far debating over “needs,” which are ultimately a matter of interpretation. By the same token, breakout calculations are rough and purely theoretical guesstimates. They ignore time-consuming preparatory steps, inevitable technical glitches, the unpredictable weaponization process, the strategic and military illogic of breaking out with a single untested weapon, and the many convolutions of political decision making. Reducing a complex process to a one-dimensional race against time distorts reality, and overlooks competing interests and the natural tendency to avoid risk—including the nonnegligible risk of being caught.

In any conceivable final agreement, rigorous monitoring mechanisms would significantly increase the chance of immediately detecting any attempt to reconfirm how centrifuges are interconnected—a necessary step for enriching to weapons grade and the first in a breakout. Under the eyes of the UN nuclear watchdog, any such venture would have to be brazen and thus constitute the kind of infringement likely to expedite and, to some extent, legitimize a firm response.

Defining a tolerable breakout limit is thus less a technical exercise than a political judgment; as a metric, it is an unrealistic basis for a durable agreement and sound policy.

Iran, meanwhile, is committed to a different yet equally unhelpful idea: the reversibility of sanctions relief. Arguing that suspending (as opposed to lifting) U.S. sanctions would leave Tehran vulnerable to congressional activism or changing political winds in Washington, it is willing to discuss only measures that would permanently lift sanctions. In reality, however, no measures can be permanent, as Congress can reimpose sanctions at will. Nor are Iran’s nuclear concessions any more irreversible, given the country’s now-indigenous know-how.

It might be too late to eliminate these unhelpful concepts, as they have become mainstream. What is needed, rather, is a compromise that satisfies both sides’ irreducible, bottom-line requirements: for Iran, a meaningful enrichment program, continued scientific advancement and tangible sanctions relief; for the P5+1, a firewall between Iran’s civilian and potential military nuclear capabilities, airtight monitoring mechanisms, and sufficient time and Iranian cooperation to establish the exclusively peaceful nature of the country’s nuclear program. Such a solution would enable both parties to sell the deal at home and would serve as a springboard to a different kind of relationship.

The only way to clinch this elusive deal is for both sides to acknowledge the price the other has paid for accumulating its leverage. The P5+1 must come to terms with the fact that it will not be able to diminish Iran’s enrichment program to irrelevance. Similarly, Iran should understand that sanctions will not dissipate overnight. Otherwise, what appears as an opportunity will turn out to be a mirage.

Ali Vaez is senior Iran analyst for the International Crisis Group, whose report “Iran and the P5+1: Solving the Nuclear Rubik’s Cube” was published in May.