A False Hope: Eastern Mediterranean Gas through Greece and Cyprus 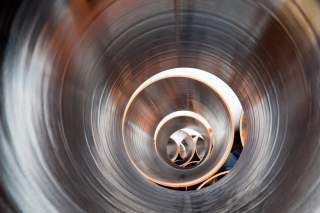 Since natural gas was discovered offshore Israel in 2009, both Cyprus and Greece have aspired to establishing an alternative European energy supply. The ongoing conflict in Ukraine has only increased optimism that the European Union will see East Mediterranean gas as a viable alternative to Russian gas, which would enable Cyprus to achieve energy-hub status and Greece to become an important transit state. This export option, however, is topographically and financially unrealistic. The optimism in Greece and Cyprus is simply wishful thinking.

Cyprus has not been shy about its aspirations. In May alone, Cypriot President Nicos Anastasiades, Communications and Works Minister Marios Demetriades, and Minister of Agriculture, Natural Resources and Environment Nicos Kouyalis publicly stated that Cyprus’ own gas reserves could help Europe diversify supply away from Russia, and that East Mediterranean gas discoveries could allow Cyprus to emerge as a regional energy hub. During his recent visit to Cyprus, in a show of U.S. support for Turkish and Greek Cypriot reunification, Vice President Biden said that Cyprus “is poised to become a key player … transforming the eastern Mediterranean into a new global hub for natural gas.” Such a statement has only added to Cypriot officials’ confidence that exporting gas from Israel and Cyprus to Europe is indeed a feasible project.

Greece is also making a serious bid to play a role in the transmission of East Mediterranean natural gas to Europe. In March, Athens launched an international tender to assess the feasibility of a proposed pipeline that would link Israel’s Leviathan gas field to Europe via Greece. The EU indicated support for an East Mediterranean Gas Pipeline last year when the European Commission selected it as a project of common interest. Selection, however, does not automatically make the project eligible for funding.

Despite the EC’s decision, financial and topographic realities render such a pipeline financially and topographically infeasible. First, seismic activities in Greek waters present major construction and transportation risks. Second, the pipeline’s required length of 675 kilometers built at depths of about 800 to 2000 meters makes no sense economically. The estimated cost for a pipeline from Cyprus to Crete alone is $20 billion, which according to one expert is “an amount that could be justified only in case further natural gas discoveries will materialize in the offshore eastern Mediterranean.” As German Marshall Fund Senior Advisor Sir Michael Leigh recently noted, “This whole Ukrainian business has increased interest in diversification, but the Eastern Mediterranean is usually mentioned last and there’s good reason for that.”

In addition, attracting investment in both Cyprus and Greece is difficult due to transition challenges resulting from the 2008 global financial crisis. According to the European Bank for Reconstruction and Development, the Cypriot short-term macroeconomic outlook in particular remains challenging. Finally, natural gas demand in Europe is flat, so if East Mediterranean gas wanted to compete with other European suppliers like Gazprom, it would have to be sold at a comparatively lower price. Meanwhile, demand for cheaper fuel is rising in the Middle East. As a less expensive alternative to oil and liquefied natural gas, Israeli offshore gas is an attractive option for its resource-poor neighbors, and one that promises a significant return on investment.

There is no indication that the Leviathan consortium’s owners and operators intend to seriously consider exporting the gas to Europe through an eastern Mediterranean pipeline. While the companies have made clear their preference for regional pipelines to liquefied natural gas, as evidenced by Woodside Petroleum’s decision to pull out of an agreement to invest $2.6 billion in Leviathan, that does not make a pipeline to Europe more viable. Houston-based Noble Energy, which operates both the Leviathan and Tamar fields offshore Israel, and its Israeli partners have in fact opted for gas supply contracts with Israel’s more immediate neighbors.

Indeed, deals to export gas from Tamar to both the West Bank and Jordan were signed earlier this year. Despite ongoing political tensions between Israel and Turkey, Turkish pipeline operator Turcas Petrol initiated negotiations in April to buy natural gas from Leviathan. These pipelines are cheaper and more topographically feasible than an East Mediterranean pipeline, and promise a higher return on investment. As Noble chief executive Chuck Davidson said in May, “Yes there’s interest there (in Europe), but we’ve also got tremendous interest from our customers in the (Middle East) region.”

While the idea may seem workable to Greek and Cypriot officials, establishing an alternative energy corridor to Europe through Greece and Cyprus is nowhere near viable. The Leviathan consortium has chosen a strategy that sends the offshore gas to Israel’s immediate regional neighbors, and there is no logical reason to believe that Noble Energy and its partners will opt for an international pipeline to Europe. Such facts on the ground may not be pleasant for Greece and Cyprus to accept, but officials there must manage expectations.

Allison Good is a master's candidate at the George Washington University Elliott School of International affairs. Her work has appeared in The Daily Beast, Foreign Policy, and The National. Follow her on Twitter @Allison_Good1.