The Fate of Globalization in the Post-Coronavirus Era 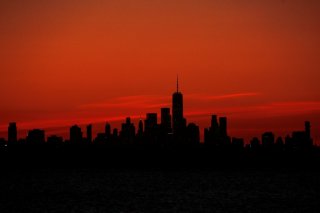 Two teams take the field. The smell of fresh-cut grass wafts through the air. The umpires take their places and the batter lines up for the first toss. It’s at this point both teams notice oddities. The person throwing the ball isn’t tossing it correctly and a strange rectangle has replaced the familiar diamond shape of the bases. Two teams entered the game, one prepared to play baseball and the other cricket. Chaos ensues.

We find ourselves in this situation in international trade and the global economy today. The Americans and the West set up a complex system of international rules and trade assuming everyone was going to play baseball, however the Chinese, Russians, and others have come prepared to play cricket. Globalization cannot simply resume after the coronavirus. The scars left behind are simply too deep to cover up with platitudes and promises to do better next time.

The structure of the Chinese and Russian economies are fundamentally different from those of the West and comparing them is like trying to keep score at a Twenty20 match with a baseball scorecard. It’s an impossible task that leads to wrong conclusions and misunderstandings. For example, the dominance of state-owned banks in China makes it all but impossible for the private sector to have debt that is not held by banks that are heavily influenced by the policy positions of the Chinese Communist Party. In the West, there are state-affiliated banks but they are a small part of the sector, usually serve some defined policy goal, and are subject to the same scrutiny as private sector counterparts.

Terminology and definitions in commerce, refined by decades of case law and statutory development in Western countries, doesn’t fully incorporate the neomercantilism of China and Russia. The state is so entangled within the private sector that it is difficult to ascertain where one ends and the other begins and property rights appear to be negotiable. In these economies, the state dominates decisions in every aspect of even ostensibly private firms, from firm governance to strategy. The fluidity of these terms and rights makes it difficult if not impossible to hold individuals accountable, root out corruption, and protect national security interests when evaluating incoming investment from these markets. Contrast these blurred lines of the rights of the private sector in China with the absolute refusal by Apple to unlock an iPhone for the FBI while the government organization was investigating a mass shooting. In the West, the private sector has stood up repeatedly for its independence from the state.

Over the past several decades it has become abundantly apparent the West and neo-mercantilist states are playing different games altogether. Future globalization and international trade should be based on participants playing from the same rule book. For international commerce to continue to grow economies must play the same game. The difference is as clear as running between wickets and bases.

Eric K. Hontz is the Deputy Regional Director for Europe and Eurasia at the Center for International Private Enterprise where he works with partners to build better markets to strengthen democratic institutions. Prior to his current role, he worked at a law firm, and subsequently an investment bank, where he reviewed a variety of alternative investments products in public and private markets. Eric is a graduate of the University of Maryland Francis King Carey School of Law and the Robert H. Smith School of Business at the University of Maryland. ([email protected]; @eric_hontz)