The Federal Reserve Has a Huge Problem 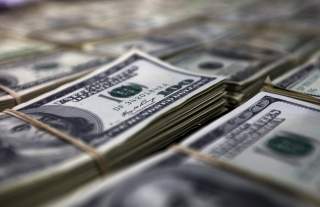 The Federal Reserve’s old moniker of “lender of last resort” is no longer relevant. Its policy of holding its federal funds rate above levels seen anywhere else in the developed world and borrowing near these rates has made it the “borrower of first resort.” This is problematic.

It was never the Fed’s job to be a borrower in the first place, but it precisely what it has become. In the wake of the Great Recession and its quantitative easing policy, the mechanisms underlying the delivery of monetary policy were necessarily altered. Yes, a fed funds market remains, but, no, it is not the same as it was in the pre-crisis era. The Fed began to pay banks for holding excess reserves and began to pay foreign central banks and other official entities to lend to it as well. By doing this, the Federal Reserve became a borrower-of-first-resort.

All of this was meant to ensure that the fed funds market behaved and keep the various other important rates within the bands set by the Federal Open Market Committee. Until recently, the system worked well.

But being the preferred borrower puts a strain on the system. The United States is the only major reserve currency country whose monetary policy is non-negative. Furthering the Fed’s problem is the market-determined yield curve. The market has decided that debt of almost all maturities should yield less than the fed funds rate. That means lending to the Fed is the best deal on the U.S. curve. The terminology of inversion is pertinent in this case, given that the risks and incentives are obviously inverted. “No risk and more yield” is a good deal. That’s why everyone is doing it.

But this is also a problem for the financing U.S. deficits. Dealers—the entities that buy debt directly from the U.S. Treasury—are full of it, and this is causing problems. Since there is little incentive to buy U.S. debt (unless you are forced to for regulatory reasons), it is simply sitting with the dealers, waiting to be bought. Moreover, with U.S. deficits set to continue for the foreseeable future, this dynamic is likely to escalate with any solution.

Un-inverting the yield curve would help solve this issue. That would disincentivize lending to the Fed instead of lending to the U.S. Treasury. The Fed could also stop borrowing from foreign central banks and reserve managers—or at least cap the amount far lower than its current usage. That would also help increase the demand for U.S. Treasury debt. A combination of these actions would alleviate some of the trouble the Fed has gotten itself into with its post-crisis delivery of monetary policy.

But the Fed first needs to admit it is an institution in the midst of a historic transformation. It is not the lender-of-last-resort—it is the borrower-of-first-resort. The danger is that any such revelation on the part of the Fed is likely wishful thinking. Until it acknowledges it has a problem, the issues will persist.