Is the Federal Reserve Out of Ammo to Fight the Coronavirus Economic Slowdown? 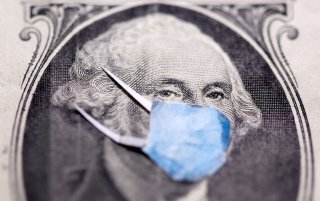 Milton Friedman was fond of saying that there is no such thing as a free lunch. He might very well have been referring to our excessive reliance on the Federal Reserve to bail America out of each successive economic recession. This reliance has not only made the financial system more vulnerable to a second wave of the pandemic. It has also left the Federal Reserve with little ammunition to support the economy in the event of another leg down.

In response to the 2008–2009 Great Economic Recession, Federal Chairman Ben Bernanke resorted to a highly unorthodox monetary policy. Once the Fed’s policy rate reached its zero bound, the Fed embarked on an aggressive round of bond buying. It did so with the explicit purpose of reducing long-term interest rates and encouraging risk-taking. In the process, over the next six years, the Fed’s balance sheet increased by a staggering U.S. $3.5 trillion or around 15 percent of GDP.

Bernanke’s policies did succeed in supporting the longest, albeit weakest, economic recovery on record. However, it did so at the price of creating an equity bubble as evidenced by very lofty equity valuations that had been experienced only twice before over the past one hundred years. It also did so at the cost of seriously distorting the U.S. capital market by compressing lending rates for risky borrowers to levels that did not nearly reflect their likelihood of default.

Not to be outdone, in response to the coronavirus pandemic Jerome Powell’s Fed has acted with even greater speed and aggression than Mr. Bernanke. At the same time that he quickly returned the Fed’s policy rate to its zero bound, it took him barely four months to expand the Fed’s balance sheet by U.S. $3 trillion or some 75 percent. In addition, while Bernanke’s Fed restricted itself to buying government bonds and mortgage-backed securities, Powell’s Fed has ventured into the corporate bond market including the buying of junk-bond Exchange Traded Funds.

The jury still remains out as to how successful Powell’s policies will prove to have been in extricating the United States out of its worst economic recession in the past ninety years. However, it is not too early to conclude that Powell’s ultra-easy monetary policy has contributed to both an equity bubble and to the further distortion of credit markets.

Indeed, despite the still very poor state of the U.S. economy, over the past few months, the equity market has staged its fastest bull market on record taking equity valuations to a level above those lofty levels prevailing before the pandemic. Meanwhile, despite the considerably higher default risk, risky borrowers are once again able to borrow at low-interest rates similar to those that prevailed before the pandemic.

The net upshot of Powell’s policies is that the Fed will find itself in a very awkward position if the U.S. economy were to experience another leg down because of a second wave in the pandemic, a tsunami of corporate and household bankruptcies, or a further weakening in the external environment. Not only will the Fed’s policy interest rate be at its zero lower bound. It will also have a bloated balance sheet on a scale that has never been experienced before.

Reducing interest rates below zero could prove to be counterproductive in terms of providing support to the economy. Experience elsewhere, and especially in Sweden, would suggest that negative interest rates could be very damaging to the banking system’s health since the banks would find it very difficult to pass on negative interest rates to depositors. This could severely reduce the banks’ willingness to lend especially at a time that they are likely to be challenged by a wave of pandemic-induced bankruptcies.

All of this suggests that the Fed has likely run out of road when it comes to providing further support to the U.S. economy. It also suggests that if the U.S. economy were to need further support in the event of another leg down, then Congress and the White House could no longer look to the Fed to do the heavy lifting of pumping up the economy. Instead, it would be up to the politicians to somehow find a way to agree on a budget support package adequate in size to the challenge of another recession.