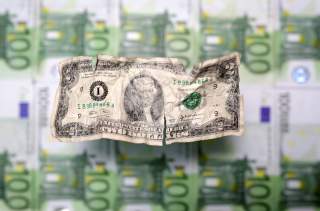 The U.S. central bank, the Federal Reserve (Fed), began operations in 1913. Throughout its existence, the Fed has had its share of detractors, but there has been broad consensus as to the key role it plays in dealing with inflation and employment. During the Great Recession, when economic policy was often deadlocked between the two political parties, the Federal Reserve was seen by many as the adult in the room, playing a central role in determining the direction of the U.S. economy via a highly accommodative monetary policy and an aggressive buying of securities referred to as quantitative easing (QE). However, the landscape has changed over the last two years; to a backdrop of stronger economic growth, low unemployment, and gradually rising inflationary pressures, the Fed became less accommodative, raising rates six times. Its members are talking of more rate hikes to come. While many regard this as prudent policy with an eye to the next recession, the Fed has come under criticism from President Donald Trump, who has been vocal in his displeasure at the central bank’s rate-hiking policy.

The Trumpian displeasure at the Fed centers on what the U.S. leader regards as a threat to continued economic expansion. The Fed under Jerome Powell has raised interest rates three times in 2018 and is expected to raise rates again in December, with considerable discussion that the rate-raising cycle will continue through 2019 and possibly into 2020. The concern from the president is that Fed actions will eventually end the growth cycle and provoke a recession. Indeed, as the Fed removes liquidity in the market to contain inflationary pressures there is always a risk of too much monetary tightening.

Although President Trump has acknowledged that the Fed is traditionally independent of political influence, he has continued to attack it. On one occasion, he stated of Powell: “I’m just saying this: I’m very unhappy with the Fed because Obama had zero interest rates. Every time we do something great, he raises the interest rates.”

President Trump has also let it be known that “maybe” he regrets nominating Powell and that the Fed had “gone crazy” by tightening monetary policy. Moreover, he blamed the central bank for the October stock market correction.

The U.S. president’s vocal criticism of the Fed has not gone down well with most economists and foreign leaders, considering that the American central bank is a pillar of the global financial system. To put it mildly, what happens at the Fed has global impact. Generally speaking, there is considerable confidence in the Fed to be a nonpolitical force in maintaining a level of trust in the U.S. economy, its financial system and, by extension, the global financial system. It is believed that an effort by President Trump to bully the Fed on the policy front could have serious repercussions in global markets.

Calling the Fed crazy is not the best move to maintain confidence in the U.S. financial system, but President Trump is hardly the only U.S. president to see the central bank as a challenge. There is a long history in the United States of suspicion and resistance to too much concentration of financial power. The American political psyche evolved with a wariness of central power, which was a root cause of the American Revolution (i.e. such issues as taxation without representation). The friction between central authority (like the federal government) versus more local political units, like states and regions, was also evident in the writing of the Constitution, but also found a more violent outlet in such events as Shay’s Rebellion (1786–1787) and the Whiskey Rebellion (1791–1794). Presidents Thomas Jefferson and James Monroe were clear in their suspicion of financial influence in the American economy, but it was Andrew Jackson, who was the most confrontational.

President Jackson took great delight in making certain that the Second Bank of the United States (which functioned as a central bank) did not receive a charter renewal. The bank was created in the aftermath of the War of 1812 to deal with the national debt, the disarray of an unregulated currency (this was well before the greenback) and a lack of fiscal order. There was also demand for a central bank from those parts of the country that were undergoing a shift from agriculture to industry. Jackson, however, believed the bank had too much power, was unconstitutional and corrupt. He managed to kill the bank by vetoing its charter renewal, but this ultimately led to a massive and unconstrained expansion of credit (from unregulated smaller regional banks that printed their own money), which ended in the Panic of 1837 and a deep multiyear recession. It also killed off any debate over a central bank until the early twentieth century.

The Panic of 1907 (caused by shrinking market liquidity, declining confidence of depositors and a move to regulate trust companies) revealed that the U.S. economy, then one of the world’s leading industrial powers, had a financial system that was unable to handle the needs of further industrial expansion without better management. After several years of often heated debate, it was agreed by Congress to create a central bank, the Federal Reserve System, with parts of the institution based in various regions across the country to dilute the power of the east coast banks based in New York City.

Throughout its decades of operation the Fed has not always been on the same page in terms of policy as U.S. presidents. The central bank’s mandate is to “promote effectively the goals of maximum employment, stable prices and moderate long term interest rates.”

Some Fed chairs were more reluctant to use interest rates to achieve their objectives than others. Fed chairs were known to have had their share of differences with U.S. Presidents, including Franklin Roosevelt, Harry Truman and Lyndon Johnson. Arthur Burns was noted for giving considerable ground to Richard Nixon, who stated on the day the new Fed head was appointed, “I hope that independently he will conclude that my views are the ones that should be followed.”

Paul Volcker gained considerable fame as well as the dislike of the Democratic Party for raising interest rates during the Carter presidency. His actions killed an inflationary surge, but also provoked a recession and left him with the blame for Jimmy Carter’s failure to win re-election.

Powell inherited a Fed that had weathered the most challenging economic environment since the Great Depression in the 1930s and an intensely partisan political environment. Although the Fed has its detractors, it remained the only effective economic policymaking institution in Washington in the aftermath of the Great Recession as a Republican-controlled Congress locked horns with a Democratic president. It also used all of its ammunition in fighting deflation and economic stagnation by lowering rates to near-zero and loading up its balance sheet by buying securities.

With unemployment under 4.0 percent, Fed policy has focused more on fighting inflation. The faster pace of growth in 2018 has seen the Fed respond by raising interest rates and reducing its balance sheet (which exceeded $4 trillion). However, by historical standards, rates remain low. With real GDP expanding by 4.2 percent in Q2 2018 and 3.5 percent in Q3, the Fed does not want to be in position of playing catch-up with inflation. In this it wants to follow the advice of one of its earlier chairs, William McChesney Martin, who said, “The job of the Federal Reserve is to take away the punch bowl just as the party gets going.”

President Trump, who is thinking of re-election in 2020, does not want to see the punch bowl of liquidity taken away. He clearly wants to extend the growth cycle and is willing to consider a middle-class tax cut, to follow the earlier tax cut (passed in December 2017) which has been a major factor in providing a late economic cycle stimulus to the U.S. economy.

In response to President Trump’s attacks on Fed Chairman Powell, former Chair Alan Greenspan, recently observed, “The best thing that you can do if you’re in the Fed is put earmuffs on and just don’t listen. I was at the Fed for 18 and a half years. I got innumerable notes, pledges, requests, etcetera to lower rates. I do not recall a single instance where somebody in the political realm said we need to raise rates, they’re too low.”

What distinguishes President Trump from recent presidents is that he is openly vocal with his discontent with Fed policy. From Carter forward presidents refrained from public attacks on the Fed; rather they put pressure on the central bank through back channels and proxies. Trump’s depiction of Fed officials as crazy; his announcements that he is “not happy” with rising interest rates; and that the central bank is the biggest danger to the economic boom is a departure from recent White House occupants. The question: is when the Fed refuses to do as the president wishes, then how far does he push? Does he seek to push Powell from the Fed chairmanship? Probably not, but the fact that this is being discussed is not a positive development, especially as it would raise a number of questions over the process under which such an action would proceed, not to mention the impact of such a development on the country’s sovereign ratings, the dollar’s value, and global financial markets.