The Final Hurdle: How to Secure the Iran Nuclear Deal 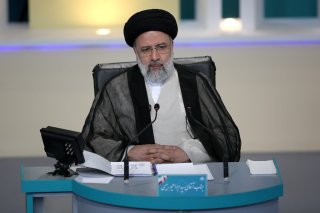 Despite optimism that a breakthrough was imminent in the talks to revive the Iran nuclear deal, formally known as the Joint Comprehensive Plan of Action (JCPOA), indirect talks between Washington and Tehran have stalled again. While the parties disagree on the extent of sanctions relief and what legal and political mechanisms are necessary to ensure the revived agreement’s durability, many observers consider Iran’s insistence on the settlement of the International Atomic Energy Agency’s (IAEA) probe into its past nuclear activities as the main roadblock to the restoration of the nuclear deal. American policymakers dismiss a premature closing of these investigations and insist that their continuation should not prevent a mutual return to compliance with the JCPOA. While disagreements between Iran and the United States seem irreconcilable, a better understanding of each party’s sensitivities, pragmatism, and flexibility should enable a compromise to move forward.

Iran’s call to close the IAEA investigations is largely rooted in the past record of JCPOA negotiations and implementation. In parallel with the conclusion of the nuclear talks in July 2015, Iran and the IAEA agreed on a roadmap to clarify outstanding issues on the possible military dimensions of Iran’s nuclear program. The roadmap was carried out within three months, as required by the JCPOA, and then IAEA director general Yukiya Amano issued a “final assessment” to the IAEA Board of Governors on December 2, 2015, wrapping up its long-running probe into this issue. The IAEA concluded that “the Agency has found no credible indications of the diversion of nuclear material in connection with the possible military dimensions to Iran’s nuclear programme,” while noting that Iran conducted some technical and feasibility studies relevant to the development of a nuclear explosive device prior to the end of 2003. Upon receipt of the final assessment, the IAEA board issued a resolution, as called for by the JCPOA, noting the satisfactory conclusion of the roadmap and “closing” its consideration of this item.

Strictly speaking, while this resolution did not prevent the IAEA from conducting further investigations into Iran’s nuclear program, should new safeguard issues arise, it created the expectation among Iranian officials that the IAEA had concluded its consideration of the possible military dimensions of Iran’s nuclear program. The reopening of this issue in 2019, albeit under a new label, after Iran started to partially suspend some of its JCPOA commitments in retaliation for the Trump administration’s May 2018 withdrawal from the deal has fueled suspicions in Tehran that the IAEA claims may be politicized. Iranian policymakers seem convinced that Western powers are trying to perpetuate claims of past or ongoing Iranian military nuclear activities to delegitimize and permanently restrain its nuclear program. As such, Tehran insists that the IAEA’s outstanding inquiries be resolved and closed once and for all before it comes back into full compliance with its JCPOA commitments. The precedent of the JCPOA implementation and entry into force in late 2015 and early 2016 has also fed into Iranian expectations. The fact that the JCPOA entered into force after the IAEA had closed its consideration of possible military dimensions to Iran’s nuclear program provides a legal basis for Tehran to demand that the same procedure be used to revive the JCPOA.

Agreeing to return to full compliance with the JCPOA without closing the IAEA investigations would be a politically risky decision for Iranian policymakers on multiple grounds. First, the nuclear deal was more than a sanctions relief arrangement for Tehran in 2015 and remains so now. The normalization of Iran’s nuclear dossier was also an important factor in Iranian calculations and continues to be so in its decision to rejoin the agreement. Second, in Iran’s view, leaving the IEAE’s outstanding claims unsettled substantially diminishes the expected value of the JCPOA by eroding the economic benefits of the deal. Uncertainty about the outcome of the IAEA investigations, the likelihood of triggering United Nations Security Council (UNSC) resolutions, and the reimposition of multilateral and unilateral sanctions against Iran will deter major foreign banks and corporations from establishing long-lasting business ties. This concern is compounded by what I have referred to as the “asymmetry of commitments reversibility”—or the fact that it will take Tehran a much longer time and require greater efforts to rebuild its dismantled nuclear infrastructure than the United States would need to reimpose its sanctions, should the agreement collapse.

Domestic politics is the third reason why incumbent policymakers in Iran need the IAEA investigations closed before returning to full compliance with the deal. The conservative politicians currently allied with or filling the political ranks of the Raisi administration were harsh critics of the Rouhani government for agreeing to what they considered an unbalanced and defective nuclear agreement. They deplored the JCPOA mainly for its undelivered economic benefits, inadequate and unequal enforcement mechanisms, and lack of guarantees ensuring its durability. Given this perception, Raisi administration officials have often spoken of the need to redress the flaws of the JCPOA. Agreeing to revive the nuclear deal as it was, especially without closing the IAEA’s outstanding inquiries, means that President Ebrahim Raisi and his negotiating team have even underperformed the Rouhani administration in normalizing Iran’s nuclear program and realizing the economic benefits of the deal. In the absence of a face-saving compromise, the Raisi administration would be left vulnerable to criticism by its political opponents and face an uphill battle to sell the deal to its domestic constituents and the Iranian public.

Iran’s cooperation with the IAEA to address its outstanding claims perhaps would avert this dilemma in the first place. But full cooperation by Iran may also not be technically and politically feasible or may require prolonged engagement with the IAEA. To overcome this deadlock, the realistic thinking and pragmatic decision-making by both Washington and Tehran that enabled the successful conclusion and implementation of the nuclear deal in 2015 is needed. Back then, there was clearly the political will on the American side to settle the IAEA’s outstanding claims as the last major impediment to securing an agreement with Tehran. It was evident to nuclear safeguards experts and Western intelligence officials that not every detail about Iran’s past nuclear activities was revealed by the IAEA investigations and that Iran was most likely holding onto more information than it would possibly ever be able to share with the IAEA. Yet, there was at least a tacit understanding among American and European policymakers that pushing for more transparency by Iran on this issue was not worth delaying the implementation of the JCPOA. This especially made sense if Western intelligence agencies determined that further IAEA investigations would not change their assessment of the non-diversion of Iran’s nuclear program for military purposes.

The same tradeoff between constructing a full picture of Iran’s past nuclear activities and the goal of containing its current nuclear program exists today. Without the JCPOA restrictions in place, Iran’s nuclear program will expand and continue to acquire irreversible technical knowledge and competencies. With a more advanced and consolidated nuclear threshold status, Iran’s nuclear breakout time will be reduced to below what is considered safe to prevent a dash toward weaponization. Under this situation, unduly prolonging the IAEA investigations in the hope of accounting for every bit of Iran’s past nuclear activities comes at the cost of the far more critical goal of minimizing the risk of nuclear proliferation in Iran. If Western intelligence agencies are convinced that the IAEA’s outstanding claims do not challenge their previous assessment about the absence of an undeclared military nuclear program in Iran, as the level of enrichment and quantity of the alleged undeclared fissile materials appear to suggest, maintaining the same negotiating position becomes less warranted.

Even if an early closing of the IAEA’s ongoing inquiries proves problematic, the parties should aim to strike a compromise that addresses both Washington and Tehran’s concerns. For example, the parties could allow the agency to continue its investigations for an extended period while allaying Iran’s concerns about its referral to the UNSC to reimpose sanctions. An agreement to restore the JCPOA could entail provisions assuring Iran that the issue would remain fully within the IAEA and never be referred to the UNSC regardless of how the process unfolds and what the agency discovers in its investigations. While mitigating Iran’s concerns, such a formula would also shield Washington and its European allies from criticism that they have prematurely closed the investigations or infringed on the IAEA’s autonomy in dealing with this issue. Regardless of what form a compromise solution takes, no efforts should be spared toward achieving it given the stakes involved. By removing one of the main obstacles to resurrecting the Iran nuclear deal, Washington and Tehran will defuse a simmering military conflict in the Middle East.

Abolghasem Bayyenat is an upcoming visiting fellow in Iranian studies at the University of Oklahoma. Previously, he was a postdoctoral research fellow in nuclear security at Harvard University’s Belfer Center for Science and International Affairs. He wrote his doctoral dissertation on Iranian nuclear policymaking at Syracuse University. His earlier writings can be accessed on his website at www.IranDiplomacyWatch.com