Fire from the Sky: The 3 Most Deadly Air Forces in Asia 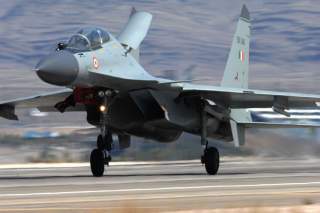