First, Do No Harm 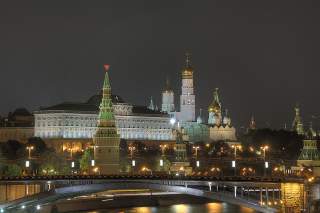 Russia remains much of what Churchill called it in the 1940s: “a riddle wrapped in a mystery inside an enigma.”

It also remains a formidable nuclear power with a lagging economy and a leader who has made unpredictability and surprise something of a métier.

Both Russia and the United States have reason to complain and perhaps even to fear each other. Tensions have been rising, and public opinion has begun to harden over the “enemy syndrome,” where good sense and the views on the opposite side are cast aside in favor of a hard line and rote consistency in the face of truth and reason.

This kind of evolution serves no side’s permanent interests. Conflict, nuclear or conventional, would be a disaster; hopefully, leaders on both sides know this well and will continue to seek to avoid it. What seems to be ignored is that using words and taking actions that lead in the same direction is also an unwise and dangerous course.

The winner of the U.S. election must take the opportunity to open the path of dialogue now apparently closed for what seems to be more personal than official reasons.

A new start here is never easy, but remains imperative. The first steps should be a resolve on both sides to tone down and tune out the unhelpful public statements. They should be complemented with the ancient Greek oath of physicians—“First, do no harm.” Actions that violate this sage advice should be put on hold.

Next steps need to include the kind of dialogue that Henry Kissinger had with Zhou Enlai in 1971 at his first meetings in Beijing: What are your views on the world, where are you going and how does each side see the other? Truth here can lead to a third step.

Find some measures to take that can begin to resolve the problems and ease the confrontation in both sides’ interest—more stability in the nuclear equation by preserving the INF agreement and avoiding tactical and strategic surprises and accidents; further use of the Iran accord to slow and control uranium enrichment and plutonium separation worldwide; working out the Ukraine issue on the basis of better adherence to Minsk, resolving Ukraine’s economic and reform issues, and seeking a longer-term role for it as a country bridging the east and west, not dividing them; and more work together on Syria, beginning with a cease-fire and an interim government committed to repair and rebuilding and the return of refugees.

None of this will be easy, but the longer we wait, the harder and more dangerous the issue will become for us both.

Thomas Pickering is the former U.S. ambassador to the United Nations.