Five Lessons from the Iraq War for What the U.S. Should Do in Yemen 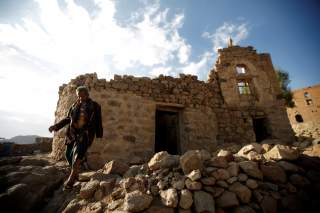 Legislative action in the U.S. Senate on ending America’s military involvement in the Yemen war that began with our support for Saudi Arabia’s air campaign in 2015 is just the start of what will be a protracted debate.

This is long overdue and represents an important institutional challenge by Congress to check the worst tendencies in Donald Trump’s foreign policy.

But wars don’t end by legislative action alone. If America is truly serious about ending the Yemen war, it needs to deploy the full spectrum of U.S. national security tools to make that a reality and not just a slogan—a lesson we should have learned from the Iraq war.

More than a decade ago, we wrote reports and articles that were used as a template to end America’s military involvement in the Iraq War by Democrats in Congress, and at least in part, by the Obama administration. Under the banner of “strategic redeployment,” we called for a date certain to withdraw U.S. combat troops combined with measures to safeguard against the worsening of terrorist threats emanating from Iraq and regional diplomatic and economic statecraft measures to offer enduring support to Iraq.

Unfortunately, most people only focus on the date certain for ending the U.S. combat operation. The other parts of the plan that were ignored or downgraded in U.S. policy were the tools essential to advancing America’s interests and values in Iraq—including vigilant counterterrorism measures, stepped up regional diplomacy, and supporting political reconciliation and long-term economic reconstruction. In today’s debate on Yemen, there’s not enough focus on these non-military tools.

The Iraq drawdown offers an instructive lesson. The Obama administration completed a full withdrawal of U.S. troops by December 2011—and also proceeded to downgrade America’s focus and investment in Iraq. A few short years later, Iraq’s security collapsed under the rise of the Islamic State. This experience in Iraq offers five important lessons learned for how to end the war in Yemen, including:

1. There is a difference between ending America’s involvement and moral complicity in a war versus actually ending a war.

Advocacy groups can often ignore the complicated realities driving conflicts—and in the case of Yemen, there are multiple conflicts, alongside Saudi bombing and Iranian meddling. Those conflicts and the resulting suffering of millions of Yemenis are not likely to end simply because Congress legislates an end to U.S. military involvement.

After withdrawing from Iraq, the Obama administration was slow to respond to the mutating terrorist threats that became the Islamic State. This had a devastating effect on the people of the Middle East and almost overtook Barack Obama’s broader second-term foreign policy agenda. Fortunately, the Obama administration ultimately developed an effective response, and the Trump administration used the template to defeat the Islamic State militarily. In Yemen today, groups such as Al Qaeda in the Arabian Peninsula (AQAP), with regional and international reach, can threaten U.S. interests—and America needs to remain engaged to protect against those threats.

3. U.S. support for political talks between competing factions remains essential, even after combat support and operations are done.

In Iraq, the United States struggled under both Presidents George W. Bush and Obama to mediate between competing factions. The Obama administration effectively used its leverage to shape a political outcome inside of Iraq’s government in 2014 that helped construct a more stable political foundation for success in Iraq.

In Yemen, UN Envoy Martin Griffiths is receiving high marks for moving the parties towards a round of talks that recently took place in Sweden. These talks could take a long time—but they require significant U.S. support. U.S. security and diplomatic engagement with regional actors like Saudi Arabia should work to create incentives to resolve the conflict and offer reassurances on dealing with genuine security threats.

4. U.S. regional security measures and diplomacy should work to reduce strategic tensions across the region.

Yemen’s war, like the Iraq war, has the active involvement of many neighboring countries and the impact has been devastating. The United States should use its diplomacy, military footprint, and security support to lower regional tensions between Saudi Arabia, the United Arab Emirates and Iran. Unfortunately, the Trump administration’s overall posturing and “maximum pressure” campaign on Iran serves primarily to destabilize the broader region and motivate actors to escalate destructive actions.

5. U.S. development and economic statecraft tools are essential for addressing the immediate humanitarian disaster and the long-term economic challenges in Yemen.

There is little popular support in America to invest in nation building in Yemen. The countries most likely to put up the money for Yemen’s future are also the combatants in the current conflict. Even those adamant about putting an end to the military engagement of Yemen’s neighbors should see the rationale that these countries have the financial resources and direct national security interests to want economic stability in Yemen. The United States can play an important role in rallying global support to address immediate humanitarian needs and create a foundation for stability in Yemen.

The measures before the U.S. Congress are important expressions of where a growing bipartisan group of leaders sees the conflict in Yemen—they should also be just the start of a longer-term conversation between Congress and the executive branch. Measures such as the one introduced by Senators Robert Menendez (D-NJ) and Todd Young (R-IN) in the Saudi Arabia Accountability and Yemen Act would suspend arms sales to Saudi Arabia, sanction those blocking humanitarian aid and hold actors accountable for war crimes.

But just as Congress learned in the previous decade when it tried to set legislative benchmarks for Iraq’s political transition, Congress is likely to see limits on the real-world impact of what it can do on its own to stabilize places like Yemen. To truly end the war in Yemen will require a set of investments in diplomacy, economic statecraft tools, and a long-term strategy for the broader Middle East that has been missing in action long before Donald Trump came to office.

Brian Katulis is a senior fellow at the Center for American Progress.