Fix U.S. Airport Security before It's Too Late 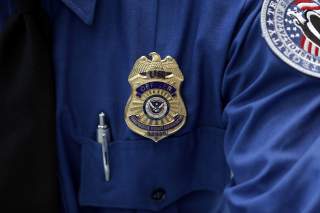 The same security flaws that allow drugs into the United States can be exploited by terror groups and may eventually lead to another 9/11-type mass terror attack. It is time to close that gap by focusing on illicit cargo with the same intensity that we do on dangerous passengers.

Since 9/11, Americans have gotten accustomed to an ever growing set of restrictions on air travel—shoes off, body searches and scans, no liquids or gels, just to name a few. They endure the inconvenience because they believe it makes air travel safe. But despite improvements in airport security measures focused on the potential threat from passengers, the failure to screen suspicious cargo creates vulnerabilities that both terrorists and drug traffickers can manipulate.

A case in point is the arrest and extradition of Ali Issa Chamas, a suspected Hezbollah drug trafficker extradited from Paraguay to Miami in June 2017. Chamas was arrested in August 2016 while dispatching thirty-nine kilograms of cocaine to Turkey. Investigators discovered that Chamas was conspiring with a Houston-based associate to ship hundreds of kilograms of cocaine to the United States. The means of delivery? Air cargo. According to court documents, Chamas boasted of a secure and fast way to deliver his merchandise to the United States. He was no more concerned about cargo screening in the United States than in Paraguay, where corrupt officials look the other way in exchange for bribes.

Chamas was based in the Tri-Border Area (TBA) of Argentina, Brazil and Paraguay, from where his shipments originated, but he was part of a larger cocaine trafficking network based in Colombia, the main source of cocaine exports to the United States and Europe. According to the Drug Enforcement Administration (DEA) Hezbollah has spent the last decade building strong relations with drug cartels in Latin America such as the Mexican Zetas and the Colombian Oficina del Envigado. Chamas may have been a middleman for their merchandise, operating out of the TBA.

The flights that depart the TBA’s airport in Paraguay’s Ciudad Del Este are usually all-cargo. But eventually, the merchandise these large planes carry is left at mid-points for pickup and may reach the United States in the cargo section of passenger aircraft. Hezbollah and their drug cartel associates may thus deliver illicit packages to the United States by exploiting lax efforts to screen foreign cargo—and where drugs can enter the country undetected, so can explosives.

The use of cargo for terrorist purposes is not new. The late Colombian drug lord Pablo Escobar had explosives planted on an Avianca passenger airliner in 1989, killing all 107 passengers on board. Terror groups have targeted planes since the 1970’s, with Islamic terrorists obsessively targeting aircraft before and after 9/11. Many of these cases involved suicide bombers who carried explosives in their own hand luggage onboard the plane—such as the December 2001 case of shoe bomber Richard Reid, the August 2006 plot to use liquid explosive in carry-on bottles to blow up U.S. bound flights from London and the Christmas Day 2009 underwear bomber case on an Northwestern Airlines flight from Amsterdam to Detroit.

But terrorists also sought to dispatch explosives on planes as luggage or parcels. In October 2010, authorities in the United Arab Emirates found two explosive-laden packages sent from Yemen to a pair of synagogues in Chicago. The devices, packed with explosives and hidden in computer printer toner cartridges were designed to be detonated by a cell phone. Most recently, Australian police foiled a plot to blow an Etihad flight to Abu Dhabi. The explosives, intercepted by the police, came from Turkey by air cargo. The terrorists intended to assemble their explosive device locally before carrying it onto the aircraft as luggage.

These plots were thwarted. But in other cases, explosive laden suitcases slipped through security checks. A Russian passenger airline crashed in the Sinai peninsula in October 2015 after an explosion caused the plane to plunge and break up in mid-air. All 224 passengers on board died.

Washington should not wait for such a tragedy to hit before it begins to fix existing airport security flaws. Drugs may not explode in mid-air and bring aircraft down. They slip through controls much in the same way that explosives do—because of lax or inefficient controls and due to corrupt officials allowing unauthorized luggage and packages onboard.

Our government currently lacks a precise and comprehensive understanding of the extent and scope of unmanifested and untagged cargo getting onboard U.S. bound and domestic flights. It is vital that such statistics be quickly and systematically collected to identify countries, airports and airlines with the highest rate of such occurrences. This could be done by having the Department of Homeland Security (DHS) establish a program to be the central repository of all seizure data from aircraft with special emphasis on unmanifested cargo. Cooperation with allies is also crucial. Data sharing on unmanifested cargo seizures with Europol, for example, could shed light on what are the most problematic countries of origin.

Once vulnerabilities in airport and airline security are identified the United States could take measures to demand better security from those partner airlines and countries where flaws are identified. The United States could immediately increase fines and penalties against airlines and countries with unacceptable security. It could request that DHS agents be allowed to conduct security inspections of U.S. bound aircraft at foreign airports. And it could demand enhanced screening of select inbound flights with a history of contraband seizures. Similarly, U.S. airports where security flaws occur most frequently should be subjected to an urgent review, in order to identify whether the problem is due to negligence or complicity.

Washington should seize this opportunity to protect travelers without adding to their inconvenience. Better now than after the next tragedy.

Emanuele Ottolenghi is a Senior Fellow at the Foundation for Defense of Democracies. Derek Maltz was the Director of the Drug Enforcement Administration (DEA), Special Operations Division (SOD) from May 2005 through July 2014.