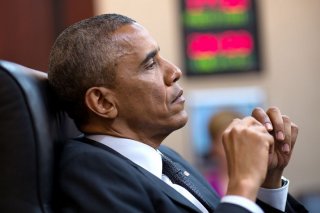 After over a year of negotiations between the P5+1 and Iran on a final nuclear deal, the announcement of agreement on the parameters of a “Comprehensive Plan of Action regarding the Islamic Republic of Iran’s Nuclear Program” on April 2 elicited initial reactions of both elation and dismay, both basically ignoring the fact that nothing had actually been signed (due to Iran’s refusal to do so). Those that received the news as positive drew on U.S. President Obama’s proclamations of an historic achievement, whereas Israeli Prime Minister Netanyahu immediately and resolutely rejected the “deal” as very dangerous, one that would enable Iran to develop nuclear weapons in the future.

Neither assessment was warranted, because there was no deal. Indeed, the ensuing days and weeks have been characterized by a heated debate over what, if anything was actually agreed among the parties, and over the implications of the joint statement and the more detailed White House fact sheet, as well as Iranian reactions to it all. In the broader public debate, one can find a range of opinions and assessments, with many looking toward what this means for the final deal that is supposed to be reached by June 30. Some oppose leaving Iran with any capability of breaking out and producing a nuclear explosive device, and do not put their trust in keeping Iran one year from breakout. Their rationale is that nothing has changed in Iran’s motivation to achieve a nuclear military capability at a time of its choosing, and because it has blatantly cheated in the past, it must be blocked from doing so in the future. Dealing with the challenge requires significant dismantlement of Iran’s nuclear infrastructure and the strictest possible inspection and verification regime.

At the opposite extreme one can find those who would go so far as to insist that the details of the agreement are not what matters, since the deal itself is not what will prevent Iran from breaking out and producing a nuclear weapon. Ironically, the rationale of the latter position is rooted in the same assessment of the former: that Iran is fully capable of reconstituting any technical program and producing a nuclear weapon almost at will. The difference is that according to the latter view, there is nothing that can be done to change this reality. Moreover, they view achieving the deal as something that would reduce tensions and ease the confrontational atmosphere between the United States and Iran, which would in turn enable Iran to be gradually integrated into the regional order. This would leave the United States as a balancing power, with no need to take sides and no active confrontational agendas.

If this latter view comes to prevail in Washington, it would create a wedge between Israel (and many states in the Middle East) and the United States, primarily because of Iran’s extreme threats toward Israel and its overall aggressive regional stance and continued support for terror. Stated simply, Israel cannot afford the luxury of trusting Iran, at least not in the current state of affairs. “Trust but verify” is more than an adage. Intentions cannot be verified, but deeds, misdeeds and omissions can be, and this is the cornerstone of any arms control treaty. History is replete with instances of treaties that were violated and because of the failure to verify, violations were not always discovered in enough time to enable effective responses. Trust has to be earned and tested repeatedly over time. So far, all that Iran has earned is the distrust of the international community.

The details of any prospective deal do matter, because they are the yardstick by which Iran will be measured—and tested for upholding its commitments. Past experience has shown that Iran has a habit of insisting on provisions in agreements that it signs being declared “voluntary” and then (mis)using this as a means of backing out of its commitments later on. As such, “voluntary” should not appear in any comprehensive agreement with Iran, nor should “temporary,” a word Iran has used in conjunction with its conditional acceptance of the “Additional Protocol” in the Iranian fact sheet.

Indeed, the details of the deal must be as stringent as possible, to ensure that Iran’s breakout time is significantly longer than the time needed for a timely and effective response by the international community to a violation or defection by Iran. The details must be as comprehensive and meticulously explicit as possible to ensure that there is no ambiguity, and that Iran has no loopholes that it can slip through without violating the precise words in the agreement.

Central issues include the following: inspections must be permitted to take place anywhere, anytime in Iran, including at military facilities; all aspects of the development of the nuclear explosive mechanism must be disclosed; no plutogenic reactors, whether natural-uranium fuelled or otherwise must be permitted to be constructed; research and development into advanced centrifuges must be curtailed and these centrifuges cannot be allowed to be up and running in Iran for more than ten years; and Iran must not retain any significant amount of enriched uranium (including in any chemical form) on its territory. Iran’s past weaponization activities must be finally clarified and addressed, and Iran’s ballistic missile program—addressed in a UNSC resolution from June 2010—must be part of the negotiations. Moreover, removing the pressure of sanctions before Iran fulfills its part of the deal is folly. This would run contrary to human nature and would give Iran the leeway it needs to do as it wishes. Declarations are not sufficient for “snapping back” sanctions after they have been removed. This requires the resolve of the likeminded members of the P5+1 to accomplish.

If Iran were to end its aggressive rhetoric toward Israel, withdraw its support of terrorist activities, and end its military meddling in neighboring states, especially Syria and Yemen, this could lower tensions and even help bring about a fundamental change in the Middle East security situation. However, these are not developments that are in the cards for the near future, which means that the details of the final nuclear deal really do matter. A deal can make a difference if it is a good one, and the fact that Iran would retain its nuclear knowledge does not mean that any deal would be superfluous. Far from it. Indeed, making that assumption would imply that all arms control and nonproliferation treaties and agreements—especially the NPT, which does include verification provisions—are rendered worthless, because the knowledge exists in many countries. And if that’s the conclusion, the entire non-proliferation regime would have to be rethought, and the 2015 NPT review conferences would probably be a good place to start.

Ephraim Asculai is a Senior Research Fellow at INSS and a former senior scientist at the Israel Atomic Energy Commission. Emily B. Landau is Head of the Arms Control Program at the Institute for National Security Studies (INSS), at Tel Aviv University and the author of “Decade of Diplomacy: Negotiations with Iran and North Korea and the Future of Nuclear Nonproliferation.”