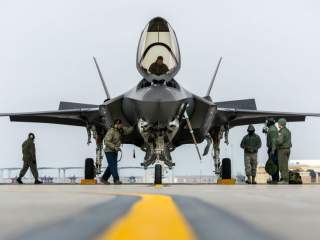 Utter the word “reform” inside the Pentagon and many will roll their eyes or laugh. Initiating change to government processes and procedures invites skepticism or outright rejection, particularly within the Department of Defense. It is no surprise, then, that the Pentagon’s Planning, Programming, Budgeting, and Execution (PPBE) process has witnessed few significant changes since its creation in 1962. Defense secretaries often focus their attention on the many external crises that dominate the headlines, and shun internal reform efforts or delegate them downward. But the Pentagon’s current leadership team is determined to change that perception. With Secretary Ashton Carter at the helm and Robert Work as his deputy, now is the time to give PPBE the attention it deserves. Now is the time to enact meaningful reform.

Designed to align ends (“what”), ways (“how”) and means (“with what”), PPBE is a crucial process that builds the future military force. But despite its underpinning of the department’s subsequent activities and operations, the process has three key problems: its timeline, its analytic system to model scenarios and its supplemental funding mechanism as reflected in the Overseas Contingency Operations (OCO) account.

With deep discrepancies between PPBE’s theory and practice, it is natural to ask why these problems exist. There are three explanations: the current fiscal environment, bureaucratic interests and peripheral authority.

What can be done to rectify this bleak situation? As a start, to address the current fiscal environment, the department can engage in a serious conversation with Congress over the possibility of funding the Pentagon on a biennial basis, thereby extending PPBE’s timeline. To minimize the effect of bureaucratic interests, the Pentagon can prioritize elements of planning guidance to signal a strong connection between department priority programs and investments. And to mitigate peripheral authority, the department can empower a consistent PPBE czar and adjudicator to oversee the process from start to finish.

There will always be skepticism associated with defense reform, but there is recognition that PPBE has significant flaws. Now is the time to address them, not ignore them.

Michelle Shevin-Coetzee is a researcher in the Strategy and Statecraft Program at the Center for a New American Security (CNAS).