The Flawed WHO Coronavirus Origins Study 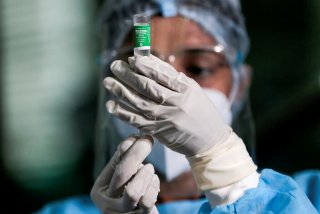 Even the head of the World Health Organization does not trust his own investigators’ report on the origins of the coronavirus pandemic. He has every reason to be skeptical: Chinese authorities and the WHO’s credulous investigators arduously avoided a serious examination of the possibility that the virus escaped from a Wuhan laboratory. The report is less a researched conclusion than a collection of opinions of the WHO team filtered through the Chinese Communist Party (CCP). Neither the report nor the WHO’s current leadership can advance our paramount concern to prevent another pandemic.

Beijing essentially dictated the conclusions to the WHO when its officials visited China in January and February. At a press conference on Feb. 9 in Beijing at the conclusion of the trip, the WHO and China were on the same page labeling the lab-origin theory as “extremely unlikely” while amplifying the CCP’s claims that the pandemic started outside China. Two days later in Geneva, the WHO director-general said all hypotheses would be investigated. Nonetheless, the final report stuck with Beijing’s preferred line against the lab-origin theory.

The pandemic’s origin in a Chinese lab is not, however, the work of conspiracy theorists; there is a body of circumstantial evidence supporting it. Shi Zhengli, a top scientist who studies coronaviruses at the Wuhan Institute of Virology and is referred to by her colleagues as “bat woman,” in February 2020 wondered if the virus had come from the institute. Shi’s honesty was replaced by Chinese propaganda amplifying various theories that the virus emerged outside of China. Unfortunately, but not surprisingly, some of these stories landed in the WHO report.

The WHO team also did not investigate the activities at the Wuhan Institute, preferring instead to believe the answers they received. Peter Daszak, a member of the WHO team, admitted that the WHO team wasn’t focused on whether China covered up the origins of the virus.

Lab accidents happen, including in China in 2004, and American diplomats reported in 2017—2018 that Wuhan Institute of Virology scientists were concerned about “a serious shortage of appropriately trained technicians and investigators needed to safely operate this high-containment laboratory.”

The zoonotic origin theory, where humans were infected by bats or bats through an intermediate species, has even less circumstantial evidence. The report notes that more than eighty thousand wildlife, livestock, and poultry samples from thirty-one provinces in China were tested for the virus and all results were negative. Shi originally was confused that a coronavirus outbreak emerged in Wuhan and not the southern, subtropical provinces where she had led China’s coronavirus surveillance efforts.

Therein lies the core problem with the zoonotic theory: how does a virus travel long distances without infecting anyone along the way? The report suggests it could have emerged via frozen food or other means from these southern provinces or outside China. But that seems less believable than a virus escaping from a lab in Wuhan—ground zero for the global pandemic.

The Biden administration is finally realizing that the WHO has spent more time aiding and abetting Beijing than protecting public health. Secretary of State Antony Blinken voiced this frustration last month: “We’ve got real concerns about the methodology and the process that went into [the WHO] report, including the fact that the government in Beijing apparently helped to write it.”

Tedros Adhanom Ghebreyesus, the WHO director-general, rejected crucial elements of the report during the press conference announcing it. He specifically called for greater access to data and rejected the report’s conclusion that a lab leak was “extremely unlikely.” Tedros flatly said that “all hypotheses remain on the table”. While the director-general deserves some credit for challenging the report, he did not go far enough. He should have put his concerns in writing or held the report until it met appropriate standards.

The report notes there were 76, 253 people between October and December 2019 with illnesses compatible with coronavirus illness. Beijing only provided information on ninety-two cases. About two hundred thousand blood donations are made annually in Wuhan; China has not provided access to the 2019 samples which could be tested for signs the virus was circulating earlier than December 2019.

A truly independent investigation is needed to prevent the next pandemic. But Beijing will need to be more transparent and consent to a forensic investigation of the Wuhan lab. Continued pressure in the WHO could lead to a real investigation, but the Biden administration may need to use the United Nations Security Council to authorize the investigation. Even if China vetoes the effort, we will be no worse off.

The WHO needs new leadership. Tedros helped to create this situation by not dealing more forcefully with Beijing early on. The Biden administration should work with like-minded countries to choose a new candidate for the WHO director-general in elections next year.

The only thing the WHO report accomplishes is showing how the organization was focused on pleasing Beijing. This is an important test for Biden—Xi Jinping will triumph if the WHO report stands. Even worse, our effort to find the origin of the pandemic is inextricably connected to our overriding public-health mission: preventing the next outbreak of a globally impoverishing, deadly disease.

Anthony Ruggiero is a senior fellow at the Foundation for Defense of Democracies (FDD), he previously served in the U.S. government for more than 19 years, most recently as the National Security Council’s senior director for counterproliferation and biodefense. Follow Anthony on Twitter @NatSecAnthony. FDD is a Washington, DC-based, nonpartisan research institute focusing on national security and foreign policy.