Flipping the Script on ISIS 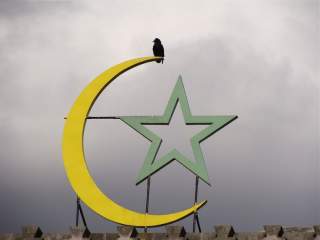 While the attacks in Brussels are a tragic reminder of the ambitions of ISIS, we have yet to understand the inner workings of its ideology. Just days prior to the tragedy, Belgian authorities raided the home of Algerian Mohamed Belkaid, who was linked to the Paris attacks. Among the items they found were a Kalashnikov, an ISIS flag and a book on Salafism. The event, and the combination of these items, put into stark relief the ongoing debate in Europe and the United States about the precise nature of how these three items—or, more precisely, the physical, symbolic and intellectual weapons in Belkaid’s arsenal—led him and others to conduct violent activities.

While the first two items were tools of war, the third is much harder to classify. Here we arrive at the basic problem of analyzing ideas and their influence, especially ideas that may be highly sectarian, intolerant, even extreme by liberal standards, but not themselves violent. However, Salafism—a Sunni theological and legal worldview that draws on concepts and texts articulated in the early years of Islam—has been in circulation for centuries. Many of its adepts live fully integrated and nonviolent lives around the world, meaning that it alone does not necessarily inspire violence. Moreover, as Bernard Lewis aptly wrote in The Jews of Islam, “For Christians and Muslims alike, tolerance is a new virtue, intolerance a new crime. For the greater part of the history of both communities, tolerance was not valued nor was intolerance condemned.” As far as religious dogma goes, he writes: “How could one accord the same treatment to those who follow the true faith and those who willfully reject it? This would be a theological as well as logical absurdity.”

This analytical conundrum lies at the heart of the public debate on the roots of ISIS’s ideology, and the policy discussions on how to fight violent extremism and undermine ISIS’s appeal. In contrast to earlier confrontations with hostile ideologies, here we encounter a theological tradition that is hostile by very virtue of being theological. And yet it lies at the very core of ISIS’s claim to historical and textual authenticity, and is therefore a leading driver of its appeal.

This also makes pointing fingers at root causes polemical, and problematic. Is Saudi Arabia “the father of ISIS,” as one observer noted following the Paris attacks, alluding to the fact that the kingdom “relies on an alliance with a religious clergy that produces, legitimizes, spreads, preaches and defends Wahhabism, the ultra-puritanical form of Islam that Daesh feeds on”? If so, why do Wahhabi clergy, who subscribe to a version of the Salafi ideology, condemn ISIS? Why, moreover, is Saudi Arabia itself a target of ISIS?

Other analyses regard the nonviolent version of Salafism as a potential panacea against ISIS and jihadism in general, because it forbids engaging with either violence or politics. This, too, is imprecise, and does not take into account the politicization of nonviolent Salafis, as has happened in Egypt and Tunisia during the last five years—or, for that matter, the jihadization of nonviolent Salafis, as one could fairly describe the foreign-fighter phenomenon.

And yet Salafism is a key ingredient in ISIS’s success, as well as that of global jihadism (hence the latter’s alternative name of Salafi-jihadism). It has indeed been buttressed by Saudi largesse over the twentieth century, which has extended to support for educational institutions and publishing activities.

To understand the power of ideas, in particular the theological ones that Salafi-jihadis like ISIS promote, one needs to understand the ecosystem in which they flourish. Specifically, Salafism evolved into a social movement in the Middle East at a time when Islamism was the dominant political ideology, when Gulf states had the means to support its projects and when political causes validated the theological interpretation of events that it promoted—such as the atheist Soviet oppression of Afghan Muslims, a major rhetorical driver of the Arab Afghan phenomenon that fed the creation of Al Qaeda. To communities both inside the Middle East and beyond, much of the current unrest in the Middle East validates a highly sectarian narrative in which Shiite forces (Assad and Iran) seek hegemony over the region, the United States facilitates their efforts and a purist Sunni project intends to create a utopia in their midst.

The success of any effort to problematize the power of Salafi ideas lies not in our efforts to rhetorically challenge its theological claims, as Western leaders have attempted in recent years, but to project the power of our own ideas through controlling the political-military ecosystem, so that that the ISIS project is not perceived as a Sunni utopia but as a destructive exploitation of people, traditions and ideas. The way to do this is to change the script, rather than to refute the message. To be more precise, we must continue empowering “moderate” Islamic voices. But we must do so because this is a vital project on its own merit; we cannot deceive ourselves into thinking that only by empowering “moderates” will we “counter” the appeal of ISIS. To achieve the latter, we need to engage Iraqis, Syrians and Kurds of all creedal persuasions on the ground to not only fight ISIS—which could embolden ISIS fighters further—but also to rebuild their countries.

Doing so, and showing the world that it is accomplishing worthy goals, will show potential ISIS recruits that the group’s sectarian narrative is not the way to reclaim and restore a former way of life.

Dr. Jacob Olidort is a Soref Fellow at the Washington Institute for Near East Policy and an adjunct professor at the Elliott School of International Affairs at George Washington University.