Follow the Oil: After Anchorage, China Will Make Iran Its Gas Station if America Turns a Blind Eye 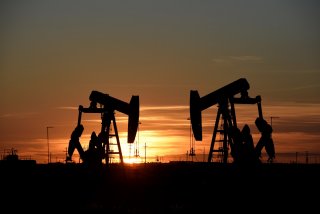 Following on the heels of the fraught encounter with Secretary of State Anthony Blinken in Anchorage last weekend, one of The People’s Republic of China’s top diplomats, Yang Wi, is on the move again—this time to Tehran. Yang’s travel schedule is hardly an accident; it is only the first of what are sure to be a host of unintended consequences that will dog the new Biden administration in the wake of their first direct engagement with the PRC.

The meetings in Iran will no doubt be much more convivial and productive than the Anchorage engagement as Beijing and Tehran can do a great deal of business if the United States is disinterested. Despite protestations from the Biden administration before Anchorage that the United States would continue to enforce sanctions, it is becoming clear—a testy news conference notwithstanding—that Beijing has concluded there is not going to be any meaningful repercussions to a more overt commercial relationship between China and the Islamic Republic. There is no indication that Iran was even on the agenda in Anchorage unless in relation to the Biden administration’s priority: new negotiations regarding the Joint Comprehensive Plan of Action (JCPOA), on which the Special Envoy for Iran, Rob Malley, had already engaged Chinese counterparts.

China clearly has different priorities that it will pursue in light of the PRC’s assessment of America’s growing weakness in the Biden era—and China’s growing strength. During the Trump administration, the PRC calculated that while cheap Iranian energy might be nice, there was no comparison between doing business with a violent and risky Iran and doing business with the United States. As a matter of course there was cheating around the margins of the energy sanctions that were a cornerstone of the “maximum pressure campaign” on the Iranian regime, but leadership in Beijing would not risk the economic punishment that was clearly coming for any meaningful violation. Depressed Chinese demand for their oil was a major frustration for Tehran even before the coronavirus energy crisis and lasted through the end of 2020, but all that is now changing.

China, as the world’s largest energy importer, has rightly become concerned over the disparity between its acute energy vulnerability and the increasingly robust energy posture of the United States, which has emerged as one of the big three global producers along with Saudi Arabia and Russia. If the United States is no longer rigorously enforcing sanctions, however, then Iran’s glut of deeply-discounted oil represents an attractive and ready source, and the PRC can groom the Islamic Republic to function as its gas station with impunity. While tracking the shady world of illicit Iranian “ghost tankers” is difficult, open-source reports indicate that exports to China may have doubled in February then almost quadrupled to a million barrels a day this month.

For Tehran, this dramatic increase in exports to China is nothing less than an economic Deus ex Machina intervention that will allow the mullahs to hold out for the maximum concessions from Washington before they agree to new JCPOA negotiations, especially as the Biden administration has offered pre-emptive concessions such as removing the Yemini Houthi from the Foreign Terrorist Organization list and freezing the sale of F-35 jets to the United Arab Emirates. If they can sell the PRC a million barrels a day, then it both eases their storage crisis and gives them the revenue to hold out indefinitely, squandering in a matter of weeks the economic leverage that had been painstakingly built up during the previous administration. But that is only part of the strategic set-backs the sanctions-busting represents for the United States. We know from bitter experience that the revenues from these sales will not be spent to improve the lives of the Iranian people, but will be funneled to terrorist proxies plotting to attack Americans and our allies from Lebanon to Yemen. In addition, the PRC will have a plentiful, discounted energy source in open defiance of U.S. sanctions, while America and our allies lose critical market share.

In hindsight, the Chinese pivot to Iran may well be only the first manifestation of the new geostrategic landscape that is taking shape in the aftermath of the meetings in Anchorage. The Biden administration appears willing to compartmentalize that unpleasantness in pursuit of a grand bargain on climate, and Special Envoy for Climate John Kerry dutifully attended a virtual meeting on the topic this week chaired by his Chinese counterpart Xie Zhenhua. The question then becomes if the administration will also turn a blind eye to the burgeoning commerce between China and Iran to grease the skids for a new version of the JCPOA, even though that commerce will seriously undermine critical U.S. interests in the Middle East? Ominously, Beijing’s answer to this question, enthusiastically echoed in Tehran, appears to be “Yes.”

Victoria Coates is a Senior Fellow at the Center for Security Policy.