Following the Money in Libya 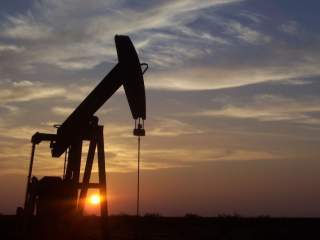 LONDON. Muammar Gaddafi may have had many shortcomings, but grant him this: there was only one of him. When the Libyan Investment Authority was set up in 2006 to manage the country’s new oil wealth, it faced plenty of challenges, not least the idiosyncratic wishes of the Brotherly Leader and Guide of the Revolution of Libya as to where the money should be invested. But at least there was no doubt about who was ultimately in charge.  By contrast, today uncertainty seems to define the LIA, with two competing leaders each maintaining that they run the fund. Libya’s new unity government, announced on October 9, has put the leadership dispute into sharp focus.

“LIA should be above Libyan political infighting,” AbdulMagid Breish told the National Interest. “We’re responsible for the assets of the Libyan people. Institutions such as LIA, the Libyan Central Bank, and the Libyan Oil Corporation should not represent one side or the other.”

Yet Breish, appointed chairman and CEO of the LIA – which is also referred to as LIA, pronounced Leah –for a three-year term in 2013, is seen as representing one side. After Libya’s transitional General National Congress parliament left office in 2014 to make way for the newly elected House of Representatives, Breish stepped aside (his opponents argue he resigned) while his links to the Gaddafi regime were investigated. The investigation was required by a law that applied to all officials who has served under the Colonel. Breish says a court decision this April reinstated him, whereupon he replaced interim head Abdurahman Benyezza.

But in the meantime, militias had overrun Tripoli and Libya’s government had fallen apart, causing the – majority -liberal – House of Representatives to decamp to the city of Tobruk near the Egyptian border, where it set up a new government. Last year the Tobruk government also appointed a new head of the LIA, Hassan Bouhadi, who set up office in Malta’s capital, Valetta. Since April, Libya has thus been in the bizarre situation of presiding over Africa’s largest sovereign wealth fund but having two men who both claim to be its boss. Meanwhile, the General National Congress – which is predominantly Islamist – continues to sit and like the House of Representatives runs a chunk of the country.

“Breish and Bouhadi debate operational versus legal control,” explained Patrick Schena, an assistant adjunct professor at Tufts University’s Fletcher School of Law and Diplomacy and co-head of the Fletcher Network for Sovereign Wealth and Global Capital.  “The former is in Tripoli and claims operating access to sanctions-exempt assets.  The latter, the appointee of the international-recognized government, is in Malta.  Who is formally in charge remains the subject of some legal dispute.” Indeed, Breish says he signs off on transactions involving the around 15 percent of the LIA’s assets that are not frozen, though Bouhadi is allowed to do the same. (Bouhadi was not available for an interview, but the Valetta side provided his perspective.)

While 15 percent may sound negligible, it’s a large chunk of money given that the LIA has assets of $67 billion. The sheer size of Libya’s sovereign wealth makes the conflict between the LIA’s competing heads all the more significant – and all the more nerve-racking for the Western companies it has invested in. Among the LIA’s assets: $20 billion in bonds and a one percent ownership of the Italian oil giant ENI; two percent of the Italian aerospace company Finmeccanica; 7.5 percent of the Italian bank UniCredit; two percent of Fiat; 7.5 percent of the soccer club Juventus, as well as stakes in Pearson, RBS, and Russian oligarch Oleg Deripaska’s aluminium empire Rusal. The power struggle has led to unusual situations such as a recent visit by Bouhadi to Italy, where he discussed cooperation with economy minister Pier Carlo Padoan even as Breish maintains that he alone pulls the purse strings. As for the frozen assets, Bouhadi proposes a “smart unfreeze” of assets while Breish says they should remain frozen, arguing that unfreezing them while Libya is in turmoil would be risky.

Two competing heads, mostly frozen assets: Libya’s collapse has damaged its sovereign wealth along with its ability to function as a country. “Functionally the LIA has lost relevance due to its disputed leadership and frozen asset pool,” explained Schena. “Its international import today, to the extent it is relevant, might be most attributable to its outstanding legal proceedings against Goldman Sachs and Société Générale and their implications for other asset owners.

Indeed, while Breish and Bouhadi seem to have permanently locked horns over who’s the boss, they have teamed up in a lawsuit filed in London against the two megabanks.   Negligence and poor advice by the banks cost the LIA a whopping $3.3 billion during the uprising that toppled Gaddafi, the LIA’s two factions contend. The LIA had filed the suit during Breish’s initial tenure, but the case stalled after the power struggle began and the London law firm involved complained of conflicting instructions from the two heads. The two sides have also been engaged in litigation against each in London. On October 9, the judge turned down an application by the Valetta branch for expedited recognition.

Breish and Bouhadi continue to make frequent trips to London to keep an eye on the lawsuit as well as to visit the Britain’s foreign ministry the Foreign and Commonwealth Office, whose support they both claim to enjoy. Meanwhile, the international community is trying to get the two competing governments to negotiate. If there is anything positive about the LIA’s fate, it is perhaps that it can serve as a lesson to new democracies about the necessity of a sovereign wealth fund completely independent of political bodies.

The political stalemate could end very soon.  Following lengthy negotiations between the rival parliaments, in the night between October 8 and 9 UN envoy Bernardino Leon announced the formation of a unity government. With Fayez Sarraj of the Tripoli administration nominated prime minister, the unity government will consist of ministers from both the General National Congress and the House of Representatives. Some MPs from both sides, however, swiftly questioned the legality of the unity government. The House of Representatives’ mandate expires on October 20, but the house has extended its mandate.

When contacted on October 9, Bouhadi’s team said it was too early to comment on the unity government, which should in theory solve the LIA’s leadership squabble once and for all. For his part, Breish proclaimed himself “delighted to hear that the United Nations has proposed a national unity government for our country.” But, cautioned Ben Fishman, a former director for North Africa and Jordan at the National Security Council who is now a fellow at the International Institute for Strategic Studies in London: “Until all parties to the deal accept the UN-proposed agreement, the governance of the LIA will continue to be disputed. The most definitive way to resolve the issue is through the current legal proceedings in the British courts, which should be expedited in light of the recent diplomatic progress.”

In an interview in London shortly before the unity government was announced, Breish professed certainty in his rival’s future demise. “Bouhadi will vanish in the sunset along with the HoR [House of Representatives],” he predicted. If it does happen, it seems unlikely to be any time soon.