Forty Years Later, the Legacy of the Falklands War Lives On 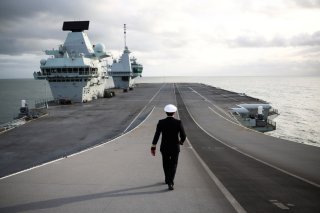 Britain’s great lyrical poet William Wordsworth once wrote of “old unhappy, far-off things and battles long ago.” Although it is unclear whether the Falkland Islands were even part of the British Empire at the time those lines were published in 1807, they provide a perfect description of the 1982 war between Britain and Argentina, as viewed from its fortieth anniversary this month.

Even for those who follow Latin American security affairs, the Falklands Islands War (or La Guerra de las Islas Malvinas to use Argentina’s preferred terminology) has drifted into the further recesses of memory, along with other almost forgotten episodes such as the brief border conflict between Peru and Ecuador of 1981, the “Soccer War” between Honduras and El Salvador of 1969, or the Chaco War between Bolivia and Paraguay from 1932 to 1935. Other bigger wars around the globe have long since obscured the struggle over the islands. And even within Latin America, the security agenda has largely revolved around insurgencies, drug trafficking, immigration, and internal unrest.

A Short but Ugly War

Nonetheless, the Falklands War, though brief at ten weeks, was nasty: 649 Argentine military personnel, 255 British military personnel, and three islanders were killed. In fact, it was a closer contest than one might have thought given the disparity in power between Britain and Argentina. The Argentines had the advantage of being far closer to the islands, which at the time of their assault were largely undefended.

And, while in retrospect the decision of the generals who ran Argentina to go to war seems hopelessly irresponsible, as there was no compelling security or economic interest in seizing the islands, they had some reason to believe they could win. Britain had spent the last thirty-five years divesting itself of its globe-spanning empire and it seemed implausible that it would go to war to preserve one of its few remaining possessions, especially one so remote with no strategic value and a population of only 1,800 people.

There had, in fact, been sporadic negotiations over the future of the islands; however, the inhabitants continually made it clear that they sought to retain the status quo, as did the islands’ principal landowner, the Falkland Islands Company, a sheep-raising concern. These views found support in the British Parliament, while the prospect of an Argentine invasion seemed remote.

Argentina’s claim, which is nothing less than an article of faith among its people, is based on the argument that there was a Spanish and then Argentine presence on the island which had only been interrupted when its settlers were forcibly ousted by the British in the early nineteenth century. The British, of course, have their counterarguments, asserting that this presence was at best sporadic, and that what counts most are the inhabitants’ views—in keeping with the right of self-determination enshrined in the United Nations Charter.

That Britain under Margaret Thatcher would view the invasion as an unacceptable attack on its sovereign territory and a challenge to its credibility (at a time when the Cold War was heating up anew) did not figure in Argentine calculations. Britain was hard-pressed to find the necessary land, air, and sea assets and move them 8,000 miles with no available staging area other than Ascension Island, another obscure British South Atlantic possession 3,800 miles away. And Britain had been in a process of shrinking its military through previous decades.

Still, though stretched, Britain found the necessary aircraft, ships, and soldiers to send a task force south, while trusting that, as the motto of its Special Air Service states, “who dares wins.” And it benefited from the higher overall level of training and professionalism from top to bottom. Nonetheless, it came closer to defeat than was comfortable. The star performers on the Argentine side were its pilots, who sank several British ships. Had they sunk a few more, the British task force may well have had no choice except to return home. (After a British submarine torpedoed an Argentine cruiser, the Argentine Navy almost completely withdrew from the conflict, while Argentine soldiers, many poorly trained draftees who were intended for relatively easy occupation duty, suffered from inadequate logistical support as they waited for the British to come.)

As the day of reckoning grew closer, the United States sought to avoid a war between Britain, its closest partner, and Argentina, which had been an anti-communist ally in the Reagan administration’s embryonic efforts to oppose the Sandinista regime in Nicaragua, providing training to the fighters who would eventually be known as the “contras.” Secretary of State Alexander Haig tried his own version of the shuttle diplomacy in which Henry Kissinger had engaged to good effect in the Middle East. He flew between London and Buenos Aires trying to bridge the differences.

But the generals in Buenos Aires were uninterested in anything short of a recognition of Argentine sovereignty, while Britain demanded a return to the status quo ante. Negotiations broke down, leading to the successful British recapture of the islands. The United States ultimately moved away from its effort to serve as a neutral mediator and supported Britain diplomatically and materially.

In fact, even had the Argentine government been interested in extricating itself from its ill-advised venture, this may well have been impossible as the initial conquest had unleashed a wave of nationalistic fervor which temporarily unified the fractured country—to the point where even the far Left Montoneros guerrilla group supported the invasion. The Argentines’ emotional attachment to these islands, despite their having had no presence there for almost 150 years, then and now is a powerful reality, as has been shown during this anniversary.

But generally, the emphasis is on the heroism of Argentine soldiers, sailors, and airmen, with tales of their deeds recounted in newspapers and on television. These are sometimes mixed with stories of the hardships they faced and the poor support they received in their efforts to adjust to life after the war. And while the war is generally admitted to have been an ill-conceived disaster, the fact that it completely discredited the military government

and led to the country’s return to democratic governance (which for all its problems, it has been able to maintain since then) has gotten relatively little emphasis. Clearly, stories of brave fighters, even if the outcome was tragic for them, make for more soothing reading.

The invasion’s anniversary has gotten far less coverage in Britain. Doubtless, its eventual victory will be recounted at greater length in June when its anniversary will occur. But also, as the winner, Britain is able to leave the war behind in a way that Argentina cannot. Thatcher now seems a relatively distant figure, although she remains totemic as an object of veneration on the Right and of distaste on the Left. And Britain has fought in other wars in Iraq and Afghanistan that have pushed the 1982 war further into the back pages of history.

Nonetheless, Britain continues to hold on not only to the islands but several other scraps of the old empire, almost in spite of itself. (They are no longer called colonies but are considered to be “overseas territories” which freely chose to remain British just as other former colonies chose independence.) There is no appetite to negotiate the islands’ sovereignty with Argentina over the objections of the Islanders, few though they may be.

As for the other territories, the status of Gibraltar, with ten times the population of the islands and a population equally committed to the status quo despite longstanding Spanish claims is not likely to change, despite some new complexities arising from Brexit. Diego Garcia in the Indian Ocean is valued as a base from which power (principally American) can be projected into that part of the world. This is unlikely to change, despite an advisory opinion of the International Court of Justice asserting that this island is part of Mauritius. Bermuda, the Cayman Islands, the British Virgin Islands, and a few other small Caribbean islands seem in no rush to seek independence either.

The great exception, of course, was Hong Kong, which Britain turned over to China despite the inhabitants’ wishes in 1997. But, in fact, a large portion of its land was only leased from China (the so-called “New Territories”) with the lease having been due to expire in 1999, and China was emerging as a political and economic superpower—precisely the opposite of Argentina’s trajectory.

And what of the Islanders themselves? The trauma of war remains close to the surface even after forty years, but they have done quite well overall. They have claimed large areas of adjacent seas as their exclusive economic zone and make a nice living off of fishing licenses (mainly Spanish ships serving southern Europe’s appetite for squid). The economic boom has led the population to increase to 3,600. Moreover, as Argentina has suffered from long-term economic and social decay, the idea of some kind of handover has only become less plausible.