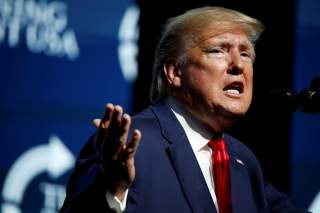 Among the more audacious intellectual escapades of the postwar period, one must include Francis Fukuyama’s prediction that the new post-Soviet era would usher in the “universalization of Western liberal democracy as the final form of human government.” World history has been refuting Fukuyama’s “End of History” thesis pretty much since the day he promulgated it. Now Fukuyama, a senior fellow at Stanford University’s Freeman Spogli Institute for International Studies, offers a piece in The Wall Street Journal hailing the so-called administrative state (and its cousin, known as the “deep state”) as crucial protectors of democracy. But he couldn’t have it more wrong.

American constitutional government, Fukuyama avers, “depends on the existence of a professional, expert, nonpartisan civil service.” True enough. But then he adds that this is because “government cannot function without public servants whose primary loyalty is not to the political boss who appointed them but to the Constitution and to a higher sense of the public interest.” Indeed, writes Fukuyama, “the U.S. needs a deep state, because it is crucial to fighting corruption and upholding the rule of law.”

Fukuyama supports his thesis through a survey of what he considers relevant U.S. history, and we shall review that history below. But first a stab at identifying the underlying flaw in this analysis and the flaws also in his characterizations of how critics view the administrative state and the deep state.

He writes that for years conservatives have viewed the administrative state as “a mass of faceless and unaccountable bureaucrats allegedly holding tyrannical power over ordinary citizens.” More recently, he adds, critics have portrayed the deep state as “unelected officials who are supposedly partisan Democrats ready to do anything to undermine the Trump presidency.”

Let’s parse these characterizations. By invoking the specter of tyrannical power, Fukuyama seeks to demonstrate just how outlandish this perception really is. But tell it to Carter Page, who came under intense FBI scrutiny (including electronic surveillance) based on warrants obtained through false information. If what happened to him, as outlined in detail by Justice Department Inspector General Michael Horowitz, isn’t tyranny, then the word has no meaning. Indeed, the Horowitz report demonstrates more broadly—and starkly—just how dangerous an unrestrained administrative state can be.

Fukuyama’s characterization of how the deep state is viewed contains similar flaws. He says conservatives see it as a cabal of partisan Democrats bent on destroying the Trump presidency. But the political right’s critique of the deep state generally portrays it not as the handmaiden of partisan Democrats but as a deeply ingrained outlook embraced by the establishments of both parties. Therein lies, apparently unperceived by Fukuyama, the significance and potential threat of the deep state.

More generally, Fukuyama’s reasoning goes amiss when he argues essentially that any modern republic must have a civil service comprised of public administrators, so shut up about today’s administrative or deep state. He seems to be saying that, once a civil service is established, it will do its job just right and there’s no need, therefore, to monitor it or counter abuses of its power. History tells us otherwise. But, when Fukuyama takes a stab at history in support of his thesis, the best that can be said of his rendition is that it lacks rigor.

He notes it was Alexander Hamilton who argued for an “energetic executive branch with background and expertise in government’s different functions.” True. But Hamilton also argued vigorously for the U.S. president to be elected for life, an approach he favored because it came as close as he thought politically possible to an American king. This bit of Hamiltonian advocacy was casually brushed aside by the Constitutional Convention, but it demonstrates that there was plenty of room for disagreement and debate over the intricacies of the emerging republic and that both sides—the Hamiltonians and the Jeffersonians—harbored thinking that, in its purest form, needed to be leavened through compromise.

The same can be said about the extent and nature of the federal power that the Founders wished to invest in the new government’s executive branch—and which later generations of politicians struggled over. Hamilton’s views later found expression in Henry Clay’s Whig Party and his call for using federal power to bolster American greatness through a federal bank, protective tariffs, and federal support for transportation structures such as bridges, roads, and canals. Clay and his followers didn’t believe that the levels of federal power needed for such initiatives would ultimately prove threatening or dangerous.

But for Jefferson and his followers that was a major concern. They harbored suspicions about all concentrated and entrenched power far removed from the reach and control of voters. Thus they favored low tariffs, curtailment of federal support for public works, an end to Hamilton’s national bank, and elimination of the national debt. As populists, they also placed their trust in ordinary citizens to guide the nation into the future, whereas Clay placed greater faith in a kind of natural aristocracy that would emerge through education and successful civic and business endeavor.

This tension represents one of America’s most significant political fault lines, ribboned through the country’s history since the beginning. And it was particularly intense during the time of the two second-generation giants of American politics—Clay and his indomitable rival, Democrat Andrew Jackson. The clever and smooth-talking Clay went after Jackson relentlessly with the confident conviction that this frontier bumpkin and mere military mandarin could never match his political sophistication and dexterity.

But Jackson outmaneuvered Clay at every turn. The reason was that he had crafted the arguments that could capture the votes of most Americans at the time. And so Jackson, when he became president, killed a Whig-supported federal road project; killed the Second Bank of the United States; reduced tariffs marginally from the highs enacted during the John Q. Adams administration; and, for the first time in American history (and the last time), paid off the national debt.

This was a pivotal time in American political history and deserves more attention than it gets. But Fukuyama’s version doesn’t capture the essence of the struggle at all. To him it was all about federal jobs patronage and the so-called spoils system. In his version, the “poorly educated” Jackson beat the Harvard-educated J. Q. Adams in the 1828 election by “bribing” newly enfranchised Americans with “bottles of bourbon, Christmas turkeys and (most important) government jobs—a technique now emulated...in dozens of other young democracies, from Brazil to India.” Fukuyama further writes that Jackson declared that he held the prerogative of deciding who got to serve in the federal bureaucracy “and that government work was something that any ordinary American could do.”

Thus did we have, writes Fukuyama, a hundred-year period of the spoils system, characterized by “massive corruption and incompetence, with major cities being run by political patronage machines like Tammany Hall in New York.” Not until the reform impulse began stirring in the late-1800s, writes Fukuyama, did the federal government finally get the Civil Service system, which brought an end to the old Jacksonian binge of corruption and incompetence.

This is simplistic to the point of caricature. Yes, Jackson embraced the spoils system and exploited it for political leverage. And, yes, it was a system that wasn’t sustainable in a growing democracy and ultimately had to be upended at the federal level. But it is wrong to suggest that Jackson was a grasping tower of corruption whose central aim was the exploitation of patronage to suck largess out of the public fisc for his own ends. And I’d like to see a citation for Fukuyama’s assertion that Jackson believed that “government work was something that any ordinary American could do.” I doubt if there is one.

Further, a search for the most significant corruption issue in Jackson’s time leads us not to the spoils system but to Clay’s cherished Second Bank of the United States. It was established in 1816 and immediately slipped into corruption as its first president, William Jones, promiscuously violated terms of the bank’s charter, speculated in its stock, and participated in the venal practices of its branch members. Jones was forced out, and his successors sought to clean up the mess by calling in unsound loans, foreclosing on overdue mortgages, and redeeming overextended notes from state banks. The result was the Panic of 1819 as local banks slipped into bankruptcy, prices collapsed, unemployment soared, and a general economic malaise gripped the country.

Inevitably the bank became the focus of intense political passions. When its new president, Nicholas Biddle, entered into an alliance with Clay to outmaneuver Jackson on the bank issue, Jackson responded by vetoing legislation to renew the bank charter. Clay sought to bludgeon Jackson on the issue during the 1832 presidential election campaign, and Biddle joined in by funneling $80,000 in bank funds into pro-bank political activity (certainly a form of corruption). But Jackson exploited the issue with passion and eloquence in the political arena, and once again he bested Clay on election day. It had little to do with bottles of bourbon or even patronage. The outcome was driven by issues that galvanized the American public.