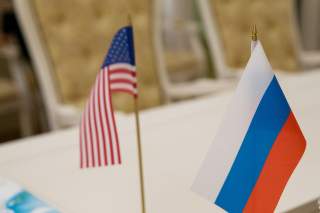 As you begin your presidency, relations between the United States and Russia are in crisis, and there is little trust between the two. Russian actions are to blame for much of the current trouble, but America can take the initiative by focusing on specific issues rather than relations or trust building in general. Good relations and trust will be the product of working through problems, not vice versa.

With regard to Russia, it would be best to focus on four major issues, the resolution of which requires Russian cooperation: Syria, Ukraine, Crimea and Baltic security. These issues are not the result of bad relations, but of greatly divergent goals and fundamental disagreements about facts. For example, Russian security elites believe that the United States has fomented instability in the world to drive foreign investment into the United States at the expense of other markets (like Russia’s). This sincerely held belief is an example of the depth of misunderstanding.

Syria is the most urgent problem—not only because of refugees and civilian casualties, but also because of the common threat from violent Islamic extremism. The United States cannot destroy ISIS and Al Qaeda–associated extremists in Syria without cooperation from Russia. The United States must become a greater participant in the Syria conflict, in order to have a say in its outcome and the future of violent extremism in the region.

Ukraine, Crimea and the Baltic states’ security are all part of the most important problem: the collision of Western security structures and Russian power. We have reached a dangerous point. The United States should build, with NATO, a clear and credible deterrent in the Baltics and the Black Sea, while leading an effort to resolve the loss of Crimea (through compensation from Russia) and the fighting in Ukraine (through a revamped Minsk process). To prevent further destabilization by Russia, the United States must accommodate Russian security concerns while ensuring independence for neighboring countries.