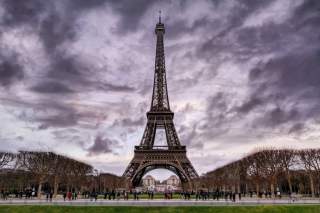 ARTHUR RIMBAUD’S great 1871 poem, “Morning of Drunkenness,” concludes with a famous prediction: “Now is the time of the assassins.” The poet’s ecstatic vision may have been off by 150 years, but, between them, Saïd and Chérif Kouachi and Amedy Coulibaly, the perpetrators of the mass murders in Paris at Charlie Hebdo’s offices and at a kosher supermarket at the Porte de Vincennes in January of this year, appear to have helped usher in a real time of the assassins, one whose end is nowhere in sight. For the trio had their own ecstatic, murderous visions, ones for which neither the institutions of the French state nor the various strata of French civil society (to the extent they are separable in a France that remains corporatist in a way most of its EU partners do not) seem to have any antidote.

No doubt the immediate response to the killings was impassioned and determined. The passion expressed itself in the masses of people who began using the hashtag #JeSuisCharlie both as an act of solidarity and as a symbolic restatement of France’s commitment to secularism and freedom of expression, as well as in the gigantic demonstration in memory of the victims, a photograph of which the newspaper Libération ran on its front page along with the headline “We Are One People.” The determination came in the form of the commitments made by President François Hollande’s government to crack down much harder on the jihadists in the country’s midst, including in the prisons that are second only to the Internet as a venue for bringing in new recruits to the jihadist cause. And the government backed up these plans with real money, canceling approximately a third of the cuts in the French military that had been scheduled to take effect between 2015 and 2020 and vastly increasing the budget of the security services. The costs of doing this and of maintaining the emergency security plan known as “Vigipirate,” which involves a large number of French soldiers patrolling the streets and providing security for institutions thought to be vulnerable to renewed terrorist attack, above all Jewish schools and synagogues, have been enormous—more than a billion euros in only the first two months after the attacks. In March, the French government also announced that it would recruit eleven thousand additional soldiers, a move necessitated by its plans to keep seven thousand soldiers deployed around the country indefinitely to deal with the threat of terrorism. This is the first time since the end of the Algerian War that the French military’s land forces will grow larger rather than smaller. How effective all of this will prove to be is another matter.

And even if these new measures prove successful, they can only mitigate the threat, not remove it. That is why, quite properly, Manuel Valls, France’s prime minister, also announced the government’s commitment to renewed and greatly expanded efforts to instill the Republic’s secular values into the hearts and minds of the disenfranchised young people in the suburban housing estates that ring every major French city, the so-called cités. These are largely French-born youths of Muslim origin, the children and grandchildren of immigrants from the Maghreb and, more recently, from the Sahel countries that were formerly part of France’s colonial empire. These young men—and, as the key role played in Amedy Coulibaly’s radicalization by his girlfriend Hayat Boumeddiene demonstrated (she is said to have joined the Islamic State immediately after the attacks), an increasing number of women—are perceived as the sea in which the jihadists swim. The importance of this cannot be overstated. For the reaction of many young people in these cités (though it is crucial to bear in mind that they do not constitute more than a tiny minority, even of the disaffected young) to the Charlie Hebdo and HyperCacher market attacks was extremely ominous.

It turned out that in suburban classrooms all over France, and among a population only a small fraction of whom would by any stretch of the imagination consider themselves to be pious Muslims, the sentiments of students were often best expressed by another hashtag, #JeNeSuisPasCharlie, rather than by the mainstream mantra of solidarity and identification with the victims of the attacks. Indeed, some seem to feel that the editors of Charlie Hebdo pretty much had it coming for profaning the Prophet. And even for many young people in the cités who sincerely and unambiguously make it clear that they abhor and fiercely repudiate the crimes of the Kouachi brothers, identifying with the victims is a bridge too far.

A common justification these young people offer for their stance goes as follows: Since no one with any power in France seems to have any sympathy for the sufferings of the Palestinian people, why should they care about some cartoonist who, in their eyes, despised Islam and Muslims? The symbolic resonance of this can scarcely be overstated. Has this anti-Zionism morphed into anti-Semitism in immigrant communities in France, as it has throughout Europe? Unquestionably. In the late nineteenth century, August Bebel could say that anti-Semitism was the socialism of fools; in the early twenty-first century, it is the anti-Zionism of fools. And yet, in fairness, it is not only Muslim immigrants who conflate Jewish and Zionist identities. The official Jewish community organizations in France and elsewhere in Europe often exhibit the same confusion. For example, Roger Cukierman, the head of the largest French Jewish community organization, declared in 2014 that “the fight against anti-Semitism and anti-Zionism needs to become a national cause” in France.

But while it would be foolish to deny the reality of anti-Semitism among the young of the cités, focusing on it to the exclusion of the material and psychic realities of the lives of these young people would be just as great a distortion. One can illustrate such thinking in the form of an equation: We, the young of Muslim origin, are discriminated against both in housing and in the job market, and constantly harassed by police acting in the name of a French mainstream that denies we are French too. #JeSuisCharlie is the rallying cry of that mainstream. Therefore, we are not Charlie.

THERE IS nothing paranoid about this view of the realities of the French job and real-estate markets for job seekers with Muslim names or whose addresses have postal codes that mark heavily immigrant areas. But here it is important to be clear: the difficulties that French Muslims confront are not unique to France. No doubt the largely Muslim immigrant suburbs that ring most French cities are particularly grim aesthetically, but this is mostly the result of the fervor with which the French urban planners of the 1950s adopted the concepts of Le Corbusier at their most totalitarian. The basic conditions of these cités in terms of employment, schooling and integration into French society is not significantly different from equivalent settings in Britain, Spain, Belgium, the Netherlands, Germany and, these days, the Scandinavian countries too, even though each of these countries has its own model of social integration. This is important to bear in mind because the debate about France has often relied on explanations that present the (undoubted) failures of integration of these new communities into French society as being the inevitable consequence of the country’s particular social cocktail of Republicanism, secularism (laicité), and what purports to be a color-blind model of public policy that is incarnated in a 1978 law that largely prohibits both the collection and storage of race-based data on the French population, leading to French censuses containing no information on race or ethnicity.

Even the pathologies of the “radical losers” such as the Kouachi brothers and Coulibaly, to use Hans Magnus Enzensberger’s inspired description,[1] have nothing particularly French about them. It is true that with hindsight the slaughter at the offices of Charlie Hebdo seems to have been prefigured by two previous attacks claimed by homegrown “lone wolf” Islamic terrorists. The first took place in March 2012 in Toulouse and Montauban, when Mohammed Merah murdered three French soldiers (two of whom were Muslim and all three of whom were of Moroccan or Algerian origin) and then went on to slaughter three Jewish schoolchildren and one of their teachers. The second was the murder of four people at the Jewish Center in Brussels by Mehdi Nemmouche, another young Frenchman of Maghrebi origin, who committed his crime shortly after returning to Europe from Syria, where he had enlisted in the Islamic State and tortured Western hostages held by the group.

But although there is self-evidently something morally problematic about focusing solely on the body counts in terrorist attacks, it is still important to keep in mind that even if one adds all of the victims of these five men together, the number does not come close to the 191 men and women whose lives were extinguished by bombs planted by an Al Qaeda cell in the Atocha train station in Madrid in 2004, or to the fifty-two people who were killed by four British Islamist suicide bombers who detonated themselves aboard three different London underground trains and one London bus in July 2005. And, of course, this does not even include the several failed mass-casualty attacks that are known to have been thwarted in the United Kingdom.