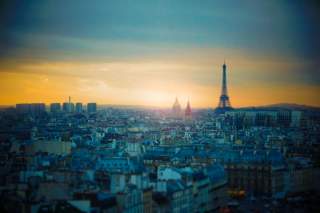 On September 17th France’s economy minister, Emmanuel Macron, stated, “France is sick. It’s not well. We have to describe the situation as it is.” He was referring to France’s high unemployment, no economic growth for the first half of 2014 and missed fiscal targets. Future prospects do not look better. Indeed, the Socialist administration of President François Hollande is struggling to stay afloat.

France faces considerable internal dissent over policy direction, a sprinkling of scandals, labor unrest, a challenging international environment and widespread public discontent with the nation’s leader.  Yet France is also one of the world’s largest economies, the second largest in the Eurozone and is a key player in global affairs. In many regards, France has reached one of those critical historical crossroads, where the failure to make tough decisions is likely to result in outcomes that are not desired and inject greater uncertainty into the heart of an already troubled Europe.

Five major problems confront France: getting the economy back to sustainable growth; dealing with the alienated who are heavily represented in the country’s Muslim population; the rise of the far right (fueled by poor economic prospects and worries over immigration); redefining France’s role in Europe in light of an economically more competitive Germany; and poor leadership at the top. The economic issues are partially rooted in a heavy reliance on the state. Any meaningful economic reforms must include a prudent downsizing in state expenditures, something that must be observed in context to an aging population and declining competitiveness.

According to the Organization for Economic Cooperation and Development, France has one of the highest levels of state spending to GDP in Europe. This becomes problematic in an economy that is barely growing, which is the French case since 2009.

As manufacturing was downsized in the late 20th century and through the next decade, the state (with support from both the left and right) used social spending, social transfers and comprehensive healthcare programs to cushion the fall of those hurt. To pay for this, taxes were raised and capital markets tapped. Over time this created, as noted by historian Timothy Smith (author of France in Crisis), “an entitled “rentier” middle class, linked to the state either directly or indirectly, which was carried by the “outsiders”, those already unemployed/underemployed, youth, women, immigrants and unskilled workers.” Smith also stressed that dominant societal attitudes ran and continue to run against making changes - there is no consensus that the market should be free to destroy and create jobs; many French do not believe the market to be the root of prosperity; the aging segment of the population is generally protective of their entitlements in the form of retiree pensions, healthcare and social welfare receipts; and it is easier to blame globalization. In this system, few resources were left for private sector job creation and resistance to change is substantial.

The Great Recession (2009) and the ensuing European sovereign debt crisis (2010- 2014) brought France’s economic problems into sharp focus. The rating agencies took away France’s AAA ratings, criticizing what they saw as President Hollande’s ad hoc austerity measures, his government’s heavy reliance on raising already high taxes instead of making significant spending cuts and a buildup in public sector debt. Standard & Poor’s stated in November 2013: “The downgrade reflects our view that the French government’s current approach to budgetary and structural reforms to taxation, as well as to product, services and labor markets, is unlikely to substantially raise France’s medium-term growth prospects.”  Although not stated by the rating agencies, the Hollande government had gained a reputation – even within France – of being strongly anti-business. Conditions have not improved markedly since 2013 downgrades – debt is up (96.6% of GDP as of Q1 2014), the fiscal situation remains messy and job creation remains near nonexistent.

The economic malaise has socio-political consequences, partially reflected in a sizeable alienated minority of French, mainly of North African and sub-Saharan African descent. Many of them live in the banlieues (outlying suburbs), or “sensitive urban zones”, characterized by high unemployment (usually well above the national average), people living below the poverty line in subsidized housing, facing poor educational opportunities and putting up with high levels of crime. The banlieues have also evolved as societies apart from the rest of France, with a population linked by social media to events in the Arab world, including a focus on radical Islam. The riots of 2005, which resulted in a state of emergency in parts of greater Paris, only reinforced the sense of alienation. The annual burning of cars in urban areas at New Year’s has only reinforced the sense of youth unruliness and discontent.

The above social problems have contributed to the rise of France’s far right. The chief beneficiary of this is the National Front (NF), led by Marine Le Pen. The party is highly nationalistic, pointing to the threats of immigration, globalization and the European Union.  Events like the 2005 riots fed French concern about Muslims, who, from their perspective, appear to be rejecting the universal nature of French civilization. A Le Monde poll in early 2014, indicated 74 percent of French citizens view Islam as “intolerant” and “incompatible” with French values. The NF has keyed in on such sentiment, winning the largest bloc of votes in France in the May 2014 European Parliament elections, well ahead of the ruling Socialists. Although an overwhelming majority of French remains loyal to the idea of the European Union, the rise in Le Pen’s popularity indicates that a growing minority questions the value of EU membership.

There is another side to France’s role in Europe. One of the strategic reasons to create the EU was to keep the Germans engaged in Europe and work with France in defining European-wide goals. This worked well until the Great Recession and Europe’s sovereign debt crisis. Over the last several years Germany’s more competitive economy (which underwent painful economic reforms in the last decade) emerged as a far more powerful player than France’s. This also means that much of the EU now looks more to Germany than France for leadership and what parity there was between Paris and Berlin has diminished.

The pivotal issue facing France is leadership. President Hollande’s presidency has been memorable, but for all the wrong reasons. He has stumbled on economic policies, ended up pleasing neither the Socialist Party’s left wing nor business. Indeed, in late August 2014 he fought off a mutiny in his cabinet from the former Economy Minister Arnaud Montebourg, who strongly opposed spending cuts and has been openly anti-business. At the same time, Hollande’s personal life became public when Valérie Trierweiler, who was the president’s partner when he won the 2012 election, published Thank You for This Moment, a lurid, kiss and tell book. Adding to the drama, another one of the President’s former partners and mother to his four children, Segolene Royal, is in his new cabinet.

Unlucky with economics and love, Hollande is not faring well in the opinion polls. A September 2014 poll conducted by Le Figaro showed that nearly 62 percent of French voters want Hollande to resign. He is expected to cling to power until 2017, but his position could be greatly compromised if the Socialists fail to win any major votes, forcing new elections. The government managed to narrowly win a confidence vote just recently. Under the French political system, parliament and the president are elected separately, which means Hollande could remain in office, but his cabinet would be formed by an opposition right wing leader.  This would not exactly add clarity to French economic policy making. The key question is whether an opposition party would have any better ideas or would the dangerous policy drift continue.

The problems facing France are not insurmountable, but require making tough decisions and a willingness to assume some degree of short-term sacrifice. The current leadership suffers from indecision and a lack of vision, a problem compounded by substantial entrenched interests. But the pressure to change is mounting on all fronts, a factor that is could push changes upon a reluctant population and force an economic restructuring along more inclusive lines. The country has the capacity to reinvent itself as seen the by the French Revolution, the creation of the Fifth Republic by Charles de Gaulle in 1958 and the more pragmatic periods under Francois Mitterrand’s presidency. Perhaps Hollande should take to heart French revolutionary Georges Jacques Danton’s advice: “In order to conquer, what we need is to dare, still to dare, and always to dare.”