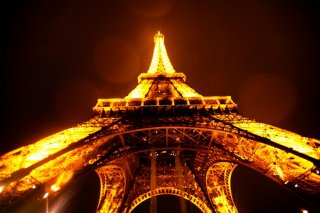 Since the United States’ withdrawal from Iraq, no European ally has contributed more to the fight against global extremism than the French Republic. The French Army, which in its entirety remains smaller than the U.S. Marine Corps, has been forward-deployed in remote locales, ranging from the olive groves of Lebanon to the arid expanses of the Sahel. With its rapid intervention in Mali in 2013, Paris demonstrated how small, tailored expeditionary forces could prevail against well-armed Islamic militant groups, even when they occupied a vast, rugged territory larger than the entire state of Texas.

France has consistently demonstrated its willingness to fight alongside its American ally, even as its own society grapples with economic stagnation, high rates of unemployment and fiscal austerity. With a defense budget only a fraction of that of the United States, Paris maintains thousands of troops in Africa, leading the fight against groups such as Al Qaeda in the Islamic Maghreb, and providing vital support in the struggle against other similarly vicious outfits, such as Boko Haram. French military assets aided in the 2011 dismantling of the Qaddafi regime, and have been struggling to prevent the eruption of a new genocide in Central Africa. In the summer of 2013, after clear evidence emerged that Assad had employed chemical weapons against his own populace, France emerged as the only nation willing to enforce the Obama administration’s self-stated red lines. As Rafale fighter pilots waited on the tarmac, their engines running and their weapon bays fully loaded, French officials received news of the White House’s sudden change of heart and reluctantly gave the order to stand down.

The French president, François Hollande, initially derided by many American commentators for his socialist leanings, has proved himself one of the United States’ most stalwart allies. Both he and his charismatic prime minister, Manuel Valls, have rightly stated that France is at war. This war promises to be both protracted and bloody, and will be waged on several fronts—domestically, internationally and in the grayer worlds of intelligence and information warfare. Paris’s resources are already severely strained, and the grim dangers of the home front will divert increasingly finite troops and resources away from external operations. Even as I write this, several of my compatriots, many of them in the prime of youth, are lying in hospital beds, riddled with shrapnel and bullet wounds, fighting for their lives. I know, as do most French citizens, that these Mumbai-style attacks may very well happen again, sooner rather than later. The Obama administration may talk of containment and multi-year plans for “progressive degradation,” but the view from Paris is one of extreme urgency. Democratic societies can only endure so much suffering, so much fear, before their very fabric comes under threat.

It is good to know that after many months of repeated requests from Paris, U.S. defense officials have finally agreed to provide vital intelligence and targeting information to their French counterparts. People will no doubt also take heart in the fact that with the imminent arrival of the aircraft carrier Charles de Gaulle in the Eastern Mediterranean, France’s sortie rate will be tripled. It has become increasingly evident, however, that the coalition air campaign has become more of a game of Whac-a-Mole than an existential threat to the death cultists of ISIS. This becomes even more apparent when one compares the intensity of this air campaign with others, such as Operation Allied Force in Kosovo. Strikes have been limited by the feeble participation levels of coalition members, many of whom are now more focused on events in Yemen, and by the lack of JTACs (Joint Terminal Attack Controllers) on the ground. They may have temporarily succeeded in blunting ISIS’ territorial expansion, but it is highly doubtful they will contain the entity’s ability to export fear, alienation and horrendous violence.

Another course is now needed. Nobody sensible is advocating a massive ground invasion of Syria, and implying that this is the only alternative amounts to a straw-man argument. Nobody on the blood-spattered streets of Paris is willing to “die to the last American,” and the western world understands the United States’ weariness after years of costly counterinsurgency campaigns in the Middle East. But when the White House categorically dismisses the possibility of creating protected zones for refugees and opposition forces in Syria, it should explain in clearer terms why. This is an explanation that it owes not only to its own public, and to the long-suffering Syrian people, but also to its oldest democratic ally.

Iskander Rehman is a Postdoctoral Fellow in the Project for International Order and Strategy (IOS) at the Brookings Institution.