Free Trade in Name Only 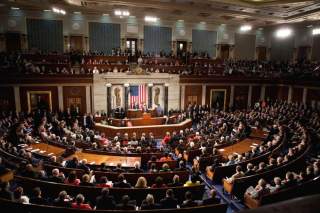 When I was first elected to Congress in 1998, South Carolina's Fourth Congressional District was a reliably protectionist vote. In the words of former Senator Fritz Hollings, the entire delegation viewed free trade as “the commercial equivalent of unilateral disarmament."

As a free-market conservative, free trade is in my DNA. It is a trait shared by many of my former colleagues in Congress today, and they are correct that perfection is usually unattainable in the legislative process. That is why I voted in favor of granting President Bush trade promotion authority (TPA) in 2002 even though that bill contained what we now know is an egregiously ineffective welfare program—Trade Adjustment Assistance (TAA).

But there are key differences between that bill and the one currently on life support in the House.

The 2002 bill actually advanced free trade. Not only did it grant fast-track authority, it also extended and expanded the Andean Trade Preferences and ensured that tariffs remained low on numerous other imports. It's not at all clear that today’s version would produce that kind of progress certainly not with a president who wants to rewrite the rules of trade and put in place the most progressive environmental and labor rules ever. Instead, today’s version of fast track authority has become a legislative vehicle for those who favor protectionism and favoritism above freedom and opportunity.

Research by The Heritage Foundation and many others shows that TAA does not help participants get back on their feet. An evaluation by Mathmatica found the program financially hurt not only the taxpayers but even the participants themselves. The Government Accountability Office confirmed these retrained workers make less money than their non-TAA-assisted counterparts.

It doesn’t stop there, though. The bill includes a series of negotiating objectives that go far beyond simply knocking down trade barriers. My former colleague Sen. Ron Wyden (D-OR) explained that the inclusion of these non-trade provisions “ensures future trade deals break new ground to promote human rights, improve labor conditions, and safeguard the environment.”

Human rights, worker safety, and environmental protection are worthy goals but should not be shoehorned to fit into or alter an unrelated trade agreement. I know free trade, and this isn't it. The objective of any free trade agreement (and preceding fast track authority) is to remove tariff and non-tariff barriers to trade. To that end, pacts may address regulations that make it difficult to do business, loosen restrictive banking systems and ensure the protection of property rights. That is what free trade looks like.

The benefits of free trade are undeniable. According to HSBC, the world’s leading bank for international trade, the average American family saves $13,600 every year because of trade. Whether it is the value of the products we import or the economic gains from exports, trade is good for Americans and vital to our nation's future.

If only that were what this debate is about.

Instead of focusing on advancing free trade, the congressional process has turned into a special interest boondoggle. Liberals in the House want to make this about infrastructure spending, but most notable was the deal-cutting on the Senate floor last month.

I’ve seen deals cut on the floor, and this had all the hallmarks. A vote held open. A gaggle of key senators. A sudden change in votes. Reuters explained that once Senate leadership “pledged to schedule a reauthorization vote [on the Export-Import Bank], the trade bill gained enough Democratic support to narrowly pass a procedural Senate hurdle.”

That wasn’t legislative horse trading designed to advance free trade; it was designed to advance the interests of a handful of well-connected special interests. It also runs contrary to another laudable object of free traders which is actually part of this TPA agreement: the elimination of foreign, state-owned enterprises.

Five of the top 10 foreign beneficiaries of America¹s Ex-Im Bank are state-owned or state operated enterprises, including national airlines and national oil companies. These companies, and their countries, distort trade across the globe. A commitment to free trade means a commitment to ending these arrangements.

Throughout this debate, many good conservatives in Congress became so infatuated with a congressional process intended to advance free trade they lost sight of the big picture. If we cannot win a legislative debate on the merits of free trade, the deal wasn't worth making.

Jim DeMint is a former Senator from South Carolina and currently the President of The Heritage Foundation.