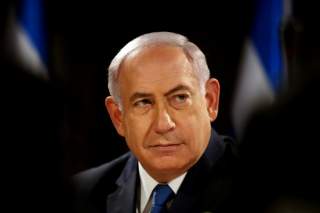 This month, Israeli prime minister Benjamin Netanyahu took a controversial trip to Hungary to meet prime minister Viktor Orban. Despite Orban’s stated commitment to building “an illiberal state” in Hungary, the two oversaw the signing of a bilateral cultural agreement, as well as “declarations of intent” to increase Israeli-Hungarian technological cooperation.

Yet as Netanyahu’s government assesses evolving geopolitical threats, he would do well to consider a doctrinal shift: to avoid establishing diplomatic relations with illiberal regimes where possible, and to scale back and restructure existing relationships with such countries. Doing so would preserve the safety of various diaspora Jewish communities and allow for greater foreign-policy flexibility.

Despite ostensible short-term benefits, Israeli relations with authoritarian governments pose a threat to a core pillar of Israeli foreign-policy doctrine: the protection of diaspora Jews. Since its inception, the Jewish state has helped safeguard diaspora communities, even going so far as tasking the Israel Defense Forces with evacuating endangered Jews in Yemen and Ethiopia.

Given the significance of this policy interest, the implications for Jewish communities of Israel’s relationships with various regimes could prove especially damaging.

Israel learned this the hard way in its dealings with Ugandan dictator Idi Amin. He trained with IDF paratroopers and later received crucial military and technical assistance from Israel when he came to power in 1971. But Amin’s desire to invade Tanzania—and his request for Israeli assistance—forced the Jewish state to reverse course on their relationship. Feeling betrayed, he supported Palestinian terrorists and his forces imprisoned and murdered Ugandan Jewish community leaders “and outlawed Jewish practice.”

Additionally, alliances with authoritarians could undermine Israeli political influence in the United States. Especially in recent decades, nondemocratic regimes have pursued deepened relations with Israel in order to influence American policy. These governments have exerted influence through softened public stances toward Israel, coupled with private praise in meetings with American Jewish community leaders.

Since the overthrow of President Muhammad Morsi in 2013, President Abdel Fattah El-Sisi has strengthened ties with Israel while approaching influential members of the American Jewish community, hosting them in Egypt and meeting them in the United States.

To make things worse, Israel’s relationships with illiberal allies are risky endeavors. Autocratic commitments are hardly unshakeable; numerous leaders have quickly downgraded relations with Israel to bolster domestic support. Erdogan infamously did so in 2009 and doubled down in 2011, as did various Gulf governments after the outbreak of the Second Intifada in 2000. In light of this trend in Israeli diplomatic relations, it makes little sense for the Jewish state to stake its interests on unreliable partners.

Of course Israel cannot simply freeze pre-existing relations with illiberal governments. However, the Israeli government could restructure these relationships through careful tactical shifts in the public and private realms. Publicly, the Israeli Foreign Ministry can minimize the number and length of state visits to such countries.

Similarly, the prime minister should employ more measured rhetoric during state visits. On a recent trip to Azerbaijan, for example, Netanyahu called the country “a beacon of Jewish-Muslim coexistence.”

Of course these changes would be visible and accordingly noticed. To deflect suspicion from authoritarian allies, the Israeli government could take the “it’s not you; it’s me” approach, ironically relying on its own isolated position in the international community.

Over the past few decades, various allies have publicly distanced themselves from Israel, feeling that their association harms their international interests. Israeli relations with Azerbaijan were not always so promising as Aliyev and Netanyahu would suggest. Israel could turn that logic on its allies to its advantage, urging quieter relations so as to protect its illiberal partners’ interests.

Private alliance reconfiguration, on the other hand, should run deeper, especially with regard to Israeli weapons exports. Much of Israel’s relations with illiberal regimes centers around arms sales. Azerbaijan has become one of Israel’s biggest customers, recently purchasing and reportedly using the Harop suicide drone in Nagorno-Karabakh.

This, too, poses a risk to Israel’s standing abroad. With this in mind, Israel should restrict exports of drones and other offensive weapons, to avoid their unseemly use by authoritarian governments in external combat and in domestic repression.

No doubt some would take issue with a new Israeli approach, especially given its historical willingness to work with a range of partners. Yet a more diversified economic relationship would suit their interests. The Azerbaijani president has expressed his desire to “diversify and increase” bilateral commerce with Israel, and even Gulf Arab states like the United Arab Emirates seek cooperation beyond defense industries.

After all, Israel has more to offer these countries than weapons; it can provide technology, agricultural support, and economic and medical know-how. With such a thriving economy, it would be worthwhile for the Israeli government to renegotiate the terms of these strategic alliances, focusing the brunt of the relationships on nonmilitary aid. To that end, reconfigured relationships would help Israel hedge its bets against unreliable autocratic allies.

Ultimately, a complete turn from illiberal governments is ambitious. It could not be implemented absolutely or universally given Israel’s size and relative power: the Jewish state does not have the luxury of global hegemony. Even its regional power is continually challenged.

Further, Israel cannot abandon certain alliances altogether. The Azerbaijani government remains a valuable resource of information and cooperation against Iran. So does its reported tacit permission for Israeli jets to refuel in the event of a strike on Iranian nuclear facilities. Egyptian cooperation against Hamas smuggling and ISIS-linked militants in the Sinai is crucial to maintaining calm on Israel’s southern borders.

This shift could also cause short-term headaches for these allies, drawing public condemnation and chilly diplomatic discord. Unfortunately these risks would be unavoidable were Israeli strategy reassessed.

Still, the threats posed by relationships with autocratic regimes are far greater than their ostensible benefits or the consequences of policy recalibration. The Netanyahu government should deepen its relationships with democratic partners, restructure existing alliances with autocratic regimes and avoid new entanglements with regimes of that kind.

Zach Shapiro is a research associate for Middle Eastern studies at the Council on Foreign Relations.

Image: Israeli Prime Minister Benjamin Netanyahu gestures during a special cabinet meeting for Jerusalem Day, held in the Western Wall tunnels in Jerusalem's Old City May 28, 2017. REUTERS/Gali Tibbon/Pool
Editor's Note: This article was updated due to a clerical error.