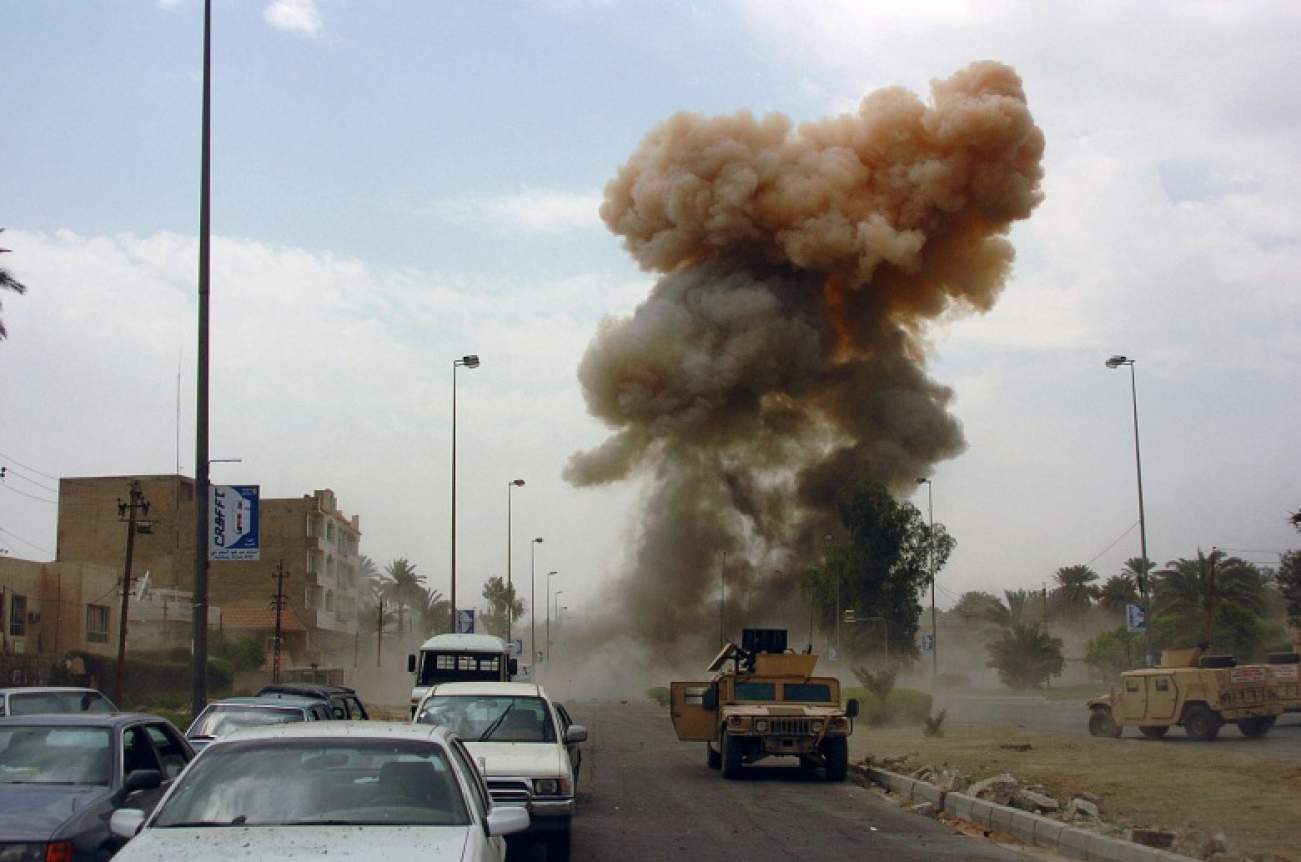 ISIS and its ever-expanding record of extreme violence may be on the march, but a growing number of academics suggest that terrorist attacks generally fail to achieve their stated strategic goals, especially maximalist objectives like ending foreign occupations and challenging the very foundation of the Westphalian system with the establishment of a “caliphate.” We should not let these claims—which often reflect the perspective of scholars and governments rather than the perpetrators and victims themselves—mislead us into thinking that terrorism is an ineffective tactic with singular and unattainable goals. Terrorism can in fact be effective in a number of ways overlooked by academics and policymakers, all of which are relevant for understanding the intentions and impact of groups that utilize terrorism—including ISIS. Under certain conditions, terrorism can strengthen organizations that employ it (as with the IRA); drive the death or spread of ideas (as with attacks on Sony’s The Interview and Charlie Hebdo); and provoke disruptive population flows that remake states and societies (as with Al-Qaeda in Iraq and Shia militias in Baghdad). As observers try to anticipate whether the terrorist attacks of ISIS and other organizations will succeed (and how to prevent them from doing so), considering such outcomes should be paramount, lest policymakers not see the forest for the trees.

Terrorism is by definition a political act, and yet most assessments of its impact fail to recognize agents of terror as political players. Analyzing these organizations as serious political entities is distinct from granting them legitimacy—which their wanton killing of civilians denies them—and is necessary to understand their motivations and effectiveness. Politicians give stump speeches about what they would like to do concerning taxes and health care, but scholars assume—with good reason—that politicians care first and foremost about gaining and maintaining office. To only analyze the achievement of publicly proclaimed objectives would miss that which political candidates and organizations who use terrorism crave the most: power.

How Terrorism Can Strengthen Organizations

Terrorism has catapulted numerous organizations into the leadership of their movements and states. The Provisional IRA (PIRA) started out as a minority splinter group from the Official IRA (OIRA) in 1969-1970, and yet its more extreme violence against security forces and civilians in Northern Ireland gave it credibility, in the minds of many, as a defender of the Catholic community. The PIRA and its political arm, Sinn Féin, translated its violence into political capital, as it first eclipsed the OIRA to lead the republican wing of the Irish national movement by the mid-1970s, then surpassed its longtime nonviolent rival, the Social Democratic and Labour Party (SDLP), in Northern Ireland elections in 2001, before challenging to become the largest political party in Ireland today. The story of the IRA and Sinn Fein is not unique, as groups like the Irgun in Israel, the Tamil Tigers (LTTE) in Sri Lanka, Hezbollah in Lebanon, and the Eritrean People’s Liberation Front in Eritrea also used violence as a stepping stone to political power, reshaping their states in the process.

There are no guarantees, of course. Terrorism has led to the downfall of groups like the Quebec Liberation Front, Sikh separatists in India, and the Italian Red Brigades. When certain conditions hold, however—such as a polarized public, cohesive social networks, and indiscriminate state repression—terrorism is more likely to help drive up recruits, funding, and credibility in the eyes of its supporters, which can translate into political power long after an organization has put down its arms.

How Terrorism Can Kill or Breathe Life Into an Idea

Few topics are more prominent in the discourse on terrorism than civil liberties and ideology, yet we know surprisingly little about the impact of terrorism on the death or spread of ideas. This is despite the fact that numerous prominent attacks have made ideas the main target. Sony temporarily pulled The Interview after a cyberattack on its servers and threats to attack movie theaters showing the film, which mocked North Korean leader Kim Jong Un and portrayed his assassination. The film was not only seen by fewer people than expected and by comparison to similar films with the same actors, but the attack also coerced other studios to cancel North Korea-related films (such as Steve Carell’s Pyongyang) due to the fallout and increased risk.

On the other hand, the recent attack on Charlie Hebdo that killed twelve people was an implicit admission that prior threats had failed to coerce the newspaper to stop publishing cartoons that portrayed Muhammad and mocked Islam. The 2015 attack breathed new life into the newspaper and its ideas, as circulation increased from 50,000 to over 2.5 million (and 8 million in the first issue after the attack) and subscribers skyrocketed from 8,000 to 200,000 one month after the attack.

What explains the difference in outcome, as terrorism killed ideas in the former example but (unintentionally) spread them in the latter? One key factor is the values of the targeted actors. Sony is a corporation that cares most about the financial bottom line; Charlie Hebdo is a newspaper whose leadership cares most about the ideas themselves. It is therefore not surprising that a 7 percent drop in stock price, vague but violent threats, and a failure to turn a profit on The Interview was enough to make Sony and other studios back down, while even the brutal killing of nine Charlie Hebdo employees was not enough to deter it.

The response of governments and individuals to each incident is further instructive in regards to the importance of values and risk. President Obama called Sony’s actions a mistake. Indeed, its response may have been troubling for a government focused on stability and security, but not for a risk-averse corporation concerned about profit. In both cases, support from private citizens surged as they rallied around the concept of free speech—driving ticket sales and rentals for The Interview as well as Charlie Hebdo subscriptions. However, some individuals who perceived more risk from future attacks did back down. Dutch newspaper Jyllands-Posten prominently decided not to publish the Charlie Hebdo cartoons in wake of the 2015 attack, saying of its decision, “It shows violence works.” The newspaper had previously self-censored for years after its own cartoons sparked worldwide protests and death threats. Buying videos on demand and subscribing to newspapers in the comfort of one’s own home is an extremely low risk response to terrorism. When terrorists can seriously threaten citizens in large numbers, however, they can remake states and societies whether governments give in or not.

How Terrorism Can Reshape Societies

To those who might suggest that ideas are too abstract, nothing is more real than having one’s sister raped and parents killed as part of a campaign of ethnic cleansing. Such countless terrorist incidents rarely find their way into any dataset or analysis on the subject, despite the fact that such violence is the very definition of inspiring fear in a civilian population for political ends. The pre-ISIS insurgency in Iraq is emblematic of how terrorism can have effects that are far more significant than the departure of foreign troops.

In 2003, Baghdad was an ethnically diverse city marked by mixed neighborhoods of Sunnis and Shias. However, sectarian groups incited a spiral of terrorist attacks that crescendoed after the bombing of the Shia Al-Askari shine in 2006. This led to coerced population transfers that turned Baghdad into a battleground of homogenous Sunni and Shia pockets by 2007 (mapped here). Today, Baghdad is largely a Shia city, in no small part due to the terrorist attacks of a number of Shia militias, some of whom are now fighting as de facto U.S. “allies” against ISIS. This campaign successfully entrenched these militias as major political players while remaking Iraq’s demographic and political map, giving the Shia a stronger hold on the capital.

Interestingly enough, however, the campaign was not a total defeat for Al-Qaeda in Iraq (AQI)—who led terrorist attacks against the Shia—or its successor, ISIS. Although the group lost the chance to control Baghdad in the short-term, its violence helped polarize Iraq’s population and drive a wedge between Sunni citizens and their government. ISIS’s rise and endurance is due in no small part to these citizens’ disillusionment with the Shia parties who now run Iraq, and the reluctant admission by many that ISIS may provide them with some degree of protection amidst a brutal civil war, especially after former Prime Minister Nouri al-Maliki rewarded many of the Sunni tribes who rose up against Al-Qaeda with repression rather than a seat at the table.

What ISIS Really Wants—and How Terrorism Can Help

ISIS wants to reshape the Middle East and establish a Jihadi-Salafi “caliphate.” To do so, they need to reshape the demographics of the region, spread certain ideas while weakening others, and become a strong enough organization to conquer and control large swaths of territory. As noted above, terrorism can and has helped the organization achieve all three objectives. First, ISIS has exported the Baghdad blueprint, instigating campaigns of ethnic-cleansing against Christians, Yezidis, Kurds, and other ethnic and religious populations in Syria and Iraq. By June 2014, ISIS had killed and abducted thousands and caused well over 2 million people to flee their homes in Iraq alone. This terrorist violence is ISIS’s form of “demographic engineering,” which allows it to create more homogenous territories of supporters (or at least intimidated non-enemies) that are less likely to challenge its authority and warped ideology. The more ISIS inspires indiscriminate retaliation by the Syrian and Iraqi governments or other militias, the more the Sunni population will become polarized and have to rely on ISIS for protection. Thus even if such violence fails to end foreign occupations, it can reshape societies in favorable ways for extremist groups.

Second, ISIS’s extreme violence has allowed it to successfully outbid Al-Qaeda and attract more recruits, so that the former affiliate is now the center of the global jihadist movement. ISIS is strong enough to conquer and hold major population centers in Iraq and Syria. The group’s extreme ideology makes it anathema to many governments, but new research demonstrates that territorial control is the most important factor in causing a state to negotiate with a non-state actor, regardless of its ideology.

Third, ISIS’s attempts to kill free speech and less extreme interpretations of Islam will undoubtedly lose in a broader war of ideas due to the wide-scale rejection of the content by those inside and outside of the Middle East. However, the prominence and territorial control the group has gained via terrorist violence will allow it to spread its ideology to a not-insignificant minority, especially if ISIS opponents respond with indiscriminate repression and/or ineffective governance. Furthermore, the fact that ideas are not easily killed via violence against committed adversaries also means that U.S. attempts to kill jihadi ideas via the decapitation of ISIS leaders are also likely to fail.

Understanding the Effectiveness of Terrorism: Nuance Over Bumper Stickers

Maximal strategic goals are not the main focus of terrorist groups, so why should they be the overwhelming focus of academics and policymakers seeking to understand these organizations? Even if an extreme “caliphate” does not endure, a polarized population wracked by ethnic cleansing, violence, and hatred is certainly not “success” for the enemies of ISIS in the Middle East and beyond. Furthermore, such developments set the stage for years of state failure, regardless of who rules them.

Claims like “terrorism works” or “terrorism does not work” may make for pithy headlines, but they obscure a far more nuanced reality. Academics, policymakers, and the general public need to take that nuance far more seriously if they are to understand and prevent terrorism in the future.

Peter Krause is Assistant Professor in the Department of Political Science at Boston College and a Research Fellow at Harvard Kennedy School’s Belfer Center for Science and International Affairs.

Craig Noyes is a recent graduate of Boston College.