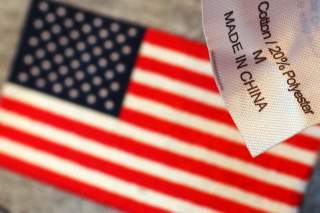 Thirty years have passed since Francis Fukuyama published his famous essay on the end of history. I don’t want to go into the details of his argument, but his major idea was that, since the authoritarian communist regimes and the planned economies were crumbling around the world, liberal democracy and mar­ket economy will prevail in a manner which excludes the major conflicts common for centuries—and therefore the traditional “history” terminates. In the years that passed since the essay went out, dozens of scholars have dedicated their time and efforts in denouncing Fukuyama’s thesis by arguing that history is alive and well, while those who think another way are simply “dreamers.”

Of course, there is some evidence these days that not every trend supports the idea that history has ended—but I would say that outside of the political dimension, there was another one which firmly stood for quite a long time behind Fukuyama’s propo­sition. If one looks on the global economy, then one should admit it has changed from 1989 to 2019 much more than global politics has. While the political rivalry actually never disappeared entirely, and nations like Russia never became liberal democracies, the “end of economic history” could be easily recorded. 1989 was not only the year when the Central European nations revol­ted against com­munism, but it was the year when Japan suffered its biggest ever financial debacle and the Soviet Union started its economic decline; both de­velopments deprived the world of two economic powerhouses the United States was aware of for several decades. The scenarios of Japan becoming number one were forgotten and gave way to the idea that the United States entered the era of “unlimited wealth.”

The major difference between the post-historical economy that emerged in the 1990s compared with the traditional industrial economies of the nineteenth and twentieth centuries was the new type of cooperation between major economic areas. Previously the nations that tried to “catch up” actually used the same technologies as the others, but in a more effective way; this explains why their economic rivalry on­ly reinforced the political one. The fight for the markets excluded compromises simply because the entire game was a zero-sum one: if someone’s share rose, the other’s lebensraum decreased.

The post-industrial revolution of the 1970s and 1980s changed all this. In the new globalized world the United States appeared a front­runner in producing computers and semiconductors, in creating the operational systems these computers used, and in making the most effective economic uses of new technologies. Selling its software, the Western powers didn’t sell the know­ledge embodied in the original program, they sold just the copies which could be reproduced in any additional quantity at zero cost. At the sa­me time, the newly emerged economies in Asia used the American technologies to create the sophisticated hardware producing these goods in increasing amo­unts therefore establishing themselves as “ultimate industrial societies.”

This new configuration was perfectly post-historical in Fukuyama’s sense. Both parts of the world’s economy became well dependent on each other, and in this new order there were no reasons for economic wars and quarrels. If one remembers the economic history of both the 1990s and 2000s, then one will find few ca­ses of rivalry. Being an absolute economic superpower (by 1992 producing 26 percent of the world's gross product and controlling around a half patents in force), the United States performed a super-friendly and an extremely decent economic policy vis-à-vis all potential rivals. It supported the economic reforms in Russia in the early 1990s, it bailed out Mexico from its debt crisis in 1994, it refrained from introducing any restrictions on the cheap Asian imports after the 1997–1998 financial crisis, and advocated the accep­tance of China to the World Trade Organization on conditions designed rather for a mid-sized develo­ping economy rather than for a rising indu­­strial powerhouse. During these deca­des the peripheral economies grew fast, increasing the demand for U.S. techno­lo­gies and software and supplying the Wes­tern nations with affordable industrial goods, thus improving the quality of life in the global North. This perfect interdependence was in itself the essence of globalization, and so the globalized world might be treated as a post-historical one.

The consequences of globalization are well known. Between 1991 and 2015, more than one billion people were taken out of extreme poverty with “emerging Asia” accounting for roughly 75 percent of this number. China emerged as the world’s largest exporter of goods in 2009, became the largest industrial producer in 2010 and the world’s largest economy by GDP measured with purchasing power parity in 2016; observers once and again repeat that “the Asian century is set to begin.” The U.S. share of the global gross product measured by purchasing parity ratio decreased to 15.1 percent by 2018 and its trade deficit grew from $31 billion in 1991 to $622 billion in 2015. The Asian nations appeared to become the holders of the largest foreign currency reserves (China, Hong Kong, South Korea, Taiwan, Malaysia and Thailand account for more than $4.65 trillion in combined international currency re­ser­ves) while the United States is now cal­led the largest debtor nation in the world. It se­emed that the resurging industrial world successively challenged the post-in­du­strial one, and the final outcome of this epic combat was far from predetermined. But all these numbers that for­mally confirm that the gap between the leader and the follow-ups has dramatically been bridged do not reflect the whole situation in the global economy—and if one lo­oks at the United States’ technological dominance, one recognizes that it’s as remarkable as it was a quarter of a century ago.

As of early 2019, more than half of all desktop or notebook computers in the world were produced in China, but the country can furnish with locally made microchips less than one-third of this number, therefore remaining highly dependent on im­­ports while up to 60 percent of all global manufacturers rely on Intel microchips. In ser­ver pro­cessors, the Intel domination is much larger—98 percent. Both Intel and AMD lead the development of new generation chips while the mass manufacturing of these devices has been relocated to Asia—where many companies like SK Hynix of South Korea or TSMC and UMC of Taiwan position themselves as the competitors of American firms but depend on them for the most vital technologies used.

In 2018, more than 65 percent of all smart­phones pro­duced in the world were manufactured in China—and among these 78 percent were built by “genuine” Chinese brands, from Huawei and Xiaomi to OPPO and Vivo. But at the same time, 97.98 percent of all the smartphones in the world run either on Windows, Android or iOS operating systems (if all the computer and compu­ter-like devices are counted, the share of either Microsoft, Google or Apple software comes to none­theless impressive 95.93 percent). As the market for se­arches in the world wide web is concerned, Google possesses 92.82 percent compa­red to 1.02 percent held by Baidu, the Chinese search engine, and to 0.54 percent by Yandex pretending to be Russian high-tech sector’s undisputed leader. Among the ten most popular social networks, U.S.-based Facebook, YouTube, WhatsApp, and In­stagram account for 8.12 billion users while the Chinese or Chinese-oriented QQ, Douyin and Sina Weibo for just 1.67 billion. Of close to three hundred billion emails traded in the world daily, up to 92 percent are received by email boxes registered with the U.S.-based companies—Apple and Google are clear lea­ders with 75 percent.

I wo­uld also argue that the U.S. “retreat” looks a bit qu­es­tio­nable in the world where in 2007, PetroChina became the first trillion-dollar company by market value and in 2008, Russia’s Gazprom advanced to the fourth position in the list of world’s most valuable companies. As of March 2017, all the top ten com­pa­nies by market capitalization were once again American—for the first time ever since the 1970s! I believe that, these days, purely financial achievement sho­uldn’t be overestimated: as of April, 2019, both mainland China and Hong Kong hold aro­und $1.33 trillion in U.S. Treasuries—but if they try to sell them off no “finan­cial tsunami” will arise since U.S. banks can easily buy them out and get loans from the Federal Reserve using Treasuries as a perfect collateral: one may remember that between 2008 and 2011 the Federal Reserve’s balance sheet grew by $2.1 trillion, so the same can well be repeated if China engages in a full-scale financial confrontation.

Two decades deep into the twenty-first century, the United States still appears to be an undisputed global leader in terms of technological dominati­on and enjoys its superiority in each and every domain of the information economy. If any other nation tries to engage in “economic war” against the United States, then it would certainly be defeated—and not so much by financial sanctions, asset freezes, or trade embargoes but first of all through the denial of access to all U.S.-ma­de or U.S.-controlled technological and/or communication capabilities.

Why, if all this is true, were the vast part of the global economic agents unaware of this U.S. dominance or did not take steps to counter it? My answer is simple: beca­use the American political leadership never used this component of the U.S. stra­tegic po­wer for subjugating any foreign government or foreign company. Since 1990, the United States waged many wars and was engaged in a series of conf­licts boldly making use of its military power in Iraq (twice), Bosnia, Serbia, Kosovo, Afghanis­tan, Somalia, Libya, Syria and many other corners of the globe—but it never re­lied on its technological superiority for promoting its political goals (I would mention that the United States applied many sanction regimes but they never ever exten­ded these sanctions outside the domain of either financial or trade restrictions). As the informati­on technology domain is considered, the history of war and conflict seemed to firmly end there for all the years that passed after Fukuyama outlined his famo­us hypothesis.