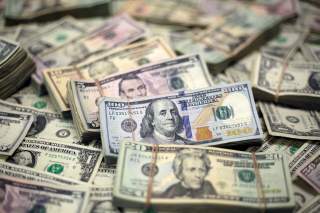 THE SCOPE of financial diplomacy is tricky to distinguish from broader applications of economic power, which are often deployed in commercial channels through higher or lower trade barriers or outright embargoes. If the impact of offering or withholding commercial benefits has become diluted in an integrated world of many alternative suppliers, however, the importance of financial tools has grown. While America’s economic power rose through the twentieth century with its commanding share of global GDP, its financial leverage grew far more sharply over the last three decades. Benn Steil and Robert E. Litan wrote in Financial Statecraft: The Role of Financial Markets in American Foreign Policy that in 1970, some 90 percent of cross-border money flows were related to the trade of goods and services, while in the early 2000s some 90 percent are for investments or swaps or futures or a financial purpose unrelated to trade.

Financial diplomacy begins with the coordination of macroeconomic policy, investment regimes and banking regulation, but dollar dominance has given the United States a privileged role in a broad field of negotiations including debt restructuring, battles against terrorism and transborder crime. Most notably, targeted financial sanctions have dramatically bolstered political leverage to isolate bad actors like Venezuela over human rights or Russia over transborder aggression. Washington has sometimes failed to capitalize on all these tools due to poor political leadership or bureaucratic dysfunction, but that may make its accomplishments all the more remarkable across two broad areas. First, U.S. financial diplomacy has been the dominant voice in setting the rules and institutions that reinforce the openness and stability of the global financial system, and consequently support world economic prosperity. Second, the dollar’s dominance has opened conversation on a range of matters that raise global standards and improve cooperation beyond finance.

The ability to impose order on unruly global markets is, in many ways, what distinguishes the dollar from other international currencies. It is the world’s safest asset whenever political or financial turmoil spikes. In many of the same ways that the overwhelming power of the U.S. military can force order onto a conflict zone, so the U.S. Federal Reserve and Treasury have played pivotal roles in stabilizing financial markets through swap lines and loans. As with much U.S. diplomacy, these are both acts of broad generosity and narrow self-interest. As the ultimate backstop, the United States remains at the center of official conversations about the state of the global economy and the agenda for growth. Washington is still the most influential voice in key institutions that set the framework for macroeconomic cooperation and the rules of banking and finance. U.S. preferences are not automatically adopted within the IMF, the World Bank or the Financial Stability Board, but most of the fingerprints on important outcomes are still American. Finally, the United States has been at the table during key negotiations between over-indebted governments and their creditors, usually shaping offers of debt relief in exchange for more transparent markets and stronger rule of law. From the post-Soviet transition and the Asian crisis to the more recent travails of Greece, Ireland and Portugal, finance ministers from across the continent kept a sharp eye on Washington’s views even if the formal U.S. role was more limited.

Remarkably, American influence has also extended beyond stability and sound macroeconomic fundamentals. The dollar’s dominance, for example, has bolstered tools to attack money laundering, transnational crime and terrorism. The impressment of banks to monitor and punish a range of real and suspected rogues stems from their desire to retain access to the dollar system. This has led to greater cooperation among governments in ad hoc investigations of drug dealers and more coordinated efforts through the Financial Action Task Force (FATF). Muscular U.S. legislation that required foreign banks to report on clients with U.S. tax liabilities was met with dismay at its extraterritorial reach and threats of stiff fines. Yet within a few years, governments and banks everywhere signed up and Europe even introduced its own version. Meanwhile, as U.S. banks have been drawn deeper into protecting client personal and financial information, the dollar’s importance has been shaping broader rules around privacy and global data flows. Just as the strength of the U.S. economy has induced other economies to discuss new labor and environmental standards during trade talks like the Trans-Pacific Partnership and even revisions to the North American Free Trade Agreement, the dollar’s paramount importance provides additional U.S. leverage to improve standards of government transparency.

IF U.S. financial diplomacy depends on trust that America will champion fair and cooperative rules, then it may just be the first casualty of President Donald Trump’s “America First” strategy. Still, the forces that have been weakening U.S. influence on systemic issues have been building through years of neglect. From George Washington’s warning about foreign entanglements to confusion over U.S. priorities after the Cold War, isolationist impulses have come and gone. Today, they have become intertwined with a sense of helplessness amid forces of globalization blamed for their withering impact on middle-income families. In the wake of the global financial crisis, these forces have led to much deeper skepticism about U.S. engagement in general and the merits of financial diplomacy in particular. In some ways, the shifts echo dynamics around British economic leadership after the First World War, when the cozy arrangements of central bankers to defend the gold standard were upended by a labor movement that had been empowered by its war contributions and pressed for a new approach to international financial policy. The “Occupy Wall Street” and anti-globalization movements have left significant marks on mainstream parties and traditional U.S. commitments to international organizations like the IMF, which some viewed as an outrageous diversion of taxpayer money to bankrupt governments. More recently, these forces fueled the campaigns of Trump and Senator Bernie Sanders, both of whom decried a U.S. system that seemed rigged against American workers while the global economy was rigged against America.

Pressures on the dollar’s role have been rising abroad as well. For all its importance, there has been no discernible strategy to protect and burnish the currency’s reputation. Indeed, Washington gridlock over fiscal deficits or debt limits might even suggest a deliberate effort to actually undermine confidence in the dollar. Naturally, doubts about U.S. financial leadership deepened sharply during a global financial crisis that was triggered by what many saw as American carelessness that allowed worthless subprime real estate assets to infect the world’s financial system. Notwithstanding an impressive G20 response led by Washington, the U.S. commitment to a stable global system has faltered amid lengthy Congressional delays in approving reforms of the IMF that included modest power-sharing with emerging economies. America’s allies worry about the reliability of U.S. engagement to shape the global financial system, including more reforms and capital at the Bretton Woods institutions.

They also chafe at the extra-territorial reach of U.S. sanctions that seem both excessive and designed to protect American commercial interests rather than reinforcing global norms. While financial sanctions against Iran may be viewed as broadly successful, they raised grave concerns in Paris when U.S. regulators assessed nearly $9 billion in fines on the bank BNP Paribas for payments to Iran based on an expansive interpretation of U.S. jurisdiction. Worries about running afoul of U.S. regulators have also led banks to “de-risk” their businesses, leaving fragile states in Africa and the Caribbean dangerously close to losing access to dollar finance altogether. Meanwhile, rivals like Russia and China denounce financial sanctions they view as U.S. power run amok, and quietly explore alternative credit card and payment arrangements that avoid the dollar altogether. With Venezuela financially sealed off by U.S. sanctions, Moscow and Beijing are the only prominent economies sending delegations to engage the Maduro government on its debt woes.

CURRENT TRENDS, of course, suggest that other economies will grow and leave the United States with a declining share of the global economy. Challengers and scholars have argued that a world of several, more or less equal reserve currencies would be fairer and more stable. Indeed, political scientists have long debated the relative merits of a single global hegemon over a system of several competing powers. On global financial and economic matters, the United States has used the system to its own advantage, but a fundamental thrust of postwar financial diplomacy has been to create open, predictable and transparent rules. Indeed, America’s “strong dollar” policy is an act of systemic responsibility, forswearing exchange rate targeting so that others will do the same to the longer-term benefit of the system. Even the sharpest tools in the U.S. sanctions kit have been deployed so far less on behalf of parochial interests than in an international effort against crime, terrorism or territorial sovereignty.

Moreover, neither historical precedents nor current scenarios suggest fewer financial crises or more prosperity during periods when several currencies vied for dominance. The tumultuous story of the interwar gold standard alone should give pause to anyone rooting for a multi-currency world. France never intended to bring the system down, but, as Jonathan Kirshner has observed in Currency and Coercion: The Political Economy of International Monetary Power, its persistent efforts to undercut the dominance of sterling contributed directly to the outcome. While it is possible under current circumstances to imagine that Europe could help stabilize markets in cooperation with the United States, it is difficult to imagine such leadership on its own given its clumsy decisionmaking process. China still has a long struggle ahead to win over the trust of its immediate neighbors, let alone its global rivals. In a system of several currencies, each of the major players is more likely to seek an edge over its economic area than to enforce rules of trade and investment that benefit everyone.