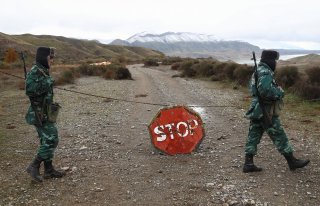 Russia hopes to create a new status quo that makes both countries further dependent on Moscow, thereby ignoring the reality of its declining power. Even the populations of other traditional partner countries, such as Belarus and Armenia, have begun looking in other directions.

The Armenia-Azerbaijan conflict represents a rare case in which—for the time being—the Russian and Western positions converge. On the surface, this can be explained by factors such as the Armenian diaspora, and even Christian solidarity, but deeper down, perhaps Turkophobic sentiments echo the old imperial rivalries.

The South Caucasus requires a new vision of security. There is no consensus about a solid future peace based on the principle of territorial integrity in accordance with international law and allow all regional countries to be free from the yokes of past grievances and free to develop economic opportunities similar to the European experience manifested after the Second World War. Minority rights, agreed upon with the consent of the concerned parties, might secure safety and maintain the diverse ethnic profiles of the populations in question without the madness of territorial nationalism. In the end, that will benefit Russia, Turkey, Iran, the European Union, and the United States.

However, Russian-Turkish cooperation causes jealousy among Western powers, which ultimately failed to engage effectively in the resolution of the Armenia-Azerbaijan conflict. Moscow and Ankara can work in tandem to bring together the two ethnic groups in the Caucasus, and such efforts should be supported.

It seems that only the Armenians in Nagorno-Karabakh ignore the inconvenient facts. The Armenian capital, Yerevan, hosted a large Azerbaijani population, which became a minority only in the twentieth century and then completely disappeared. To create a durable peace, policymakers should speak about all displaced peoples, including Azerbaijanis in Armenia and Armenians in the rest of Azerbaijan (250,000 Azerbaijanis were expelled from Armenia and 360,000 Armenians left Azerbaijan in 1988–90). True reconciliation is not possible without efforts to return to more integrated populations such as were prevalent in pre-conflict days.

Unfortunately, the signals thus far give little hope for the radical changes necessary to create a future sustainable peace. However, some voices have spoken out about a vision of future cooperation. Thus, Armenia’s new Minister of Economy, Vahan Kerobyan, in an interview with Public TV of Armenia, discussed the benefits of opening the country’s borders with Azerbaijan and Turkey; they “will open and many vast opportunities will be provided. Perhaps the Azerbaijani market will open for us, and our market for Azerbaijan.”

The president of Azerbaijan, Ilham Aliyev, in his address to the nation on Dec. 1, highlighted that the transit corridor between the main territory of Azerbaijan and Nakhichevan, running through the Armenian Megri region, will open up vast opportunities for all regional countries.

Dr. Farid Shafiyev is the chairman of the Baku-based Center of Analysis of International Relations and Adjunct Lecturer at ADA University, Azerbaijan.