'Game-Changing' Weapons: What the U.S. Military Needs to Know 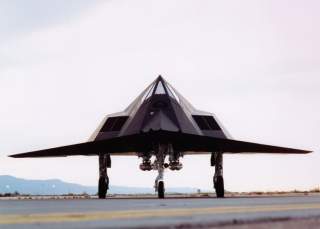 Who isn’t fascinated by the prospect of "game-changers"—unprecedented technological breakthroughs that provide military advantages that leave competitors scratching their heads over how to keep up? Game-changers can increase leverage, so pursuing them makes sense—but only if the game-changer supports the overall security strategy.

Game-changers are not a substitute for fielding conventional and strategic capabilities. But game-changing ought to be part of U.S. military strategy.

Game-changers in warfare are as inevitable as a Kardashian on a red carpet. Sooner or later one of them is going to show up.  The cavalry of the Mongol Golden Horde caught the world by surprise.  Englishman bowman spoiled the French day at Agincourt. Artillery toppled the great fortifications of Europe. Everybody dreaded the Dreadnought. Quick-firing field and machine guns changed the face of battle during World War I. Throughout history, new weapons and tactics have popped up, forcing all sides to rethink how they fight. Such disruption is part of war.

World War II delivered an unprecedented roster of game-changers, from radar to naval aviation, cryptography and the atom bomb.  Militaries were bombarded with new stuff. In the wake of the war, game-changers became part of American strategic culture. It was expected that the Pentagon would come up with capabilities that nobody else had in their arsenal.

On occasion, the American military delivered.  Nobody saw stealth coming (no pun intended) until F-117s pounded targets in Panama.

But, technology appears when it’s ready not when it’s wanted. There is no such thing as groundbreaking technology on demand.  World War II offers innumerable examples. For every Manhattan Project, there was a wild scheme (like Nikola Tesla's Death Ray) that was all promise and no possibility.

But strategists fail most spectacularly when they posit potential game-changers as a way to fill an obvious gap in defense capabilities. We saw this most recently with Chuck Hagel. Before he got booted as Secretary of Defense, he trotted out the tired idea of an "offset" strategy to fill out the obvious shortfalls in military capabilities.

Hollow options fool no one—least of all potential competitors. In fact, offset strategies actually make strategic imbalances worse because they require divesting capabilities in order to fund new developments which may or may not deliver as promised.

Rather than look at game-changers as an easy-button substitute for an adequate military, we must consider them as part of a strategy that compliments military power.

So, what are valid purposes for pursuing a game-changer? One appropriate reason is to present competitors with a (for them) unaffordable challenge. This purpose contributes to a cost-imposing strategy. The best example of this approach was the introduction of the Strategic Defense Initiative (SDI), the U.S. threat to make the Soviet nuclear force irrelevant by deploying robust, comprehensive global missile defenses. The American effort looked particularly daunting since it was paired with a build-up in U.S. conventional forces, thus challenging the Soviets to keep up with the U.S. on multiple fronts.

Another sound reason for pursuing game-changing is to mitigate or impose strategic surprise. For example, China is investing heavily in space denial capabilities. If the U.S., out of the clear blue, demonstrated the capacity to negate China's space power, it would be a gloomy day in Beijing.

The U.S. military also ought to have the ability to adapt to game-changing opportunities when they present themselves. Sometimes, game-changers just show up on your doorstep. Let's be honest: the U.S. Air Force didn't start out recognizing the revolutionary impact of PGMS and GPS. On the other hand, once the boys in blue recognized what could be achieved, they reshaped the service to match the capability.

In addition to keeping their eyes open, the military should spread their bets. Game-changing can come from many quarters. Breathtaking new capabilities have been birthed in skunkworks, small companies, academic institutions and garages. Moreover, technologies may develop faster or slower than expected.

The Pentagon also needs to be sure they’re looking for science, not magic.  While it’s wise to cast a wide net in seeking the next Really Big Thing, the search ought to be tempered by a reasonable understanding of little things—like physics. Powerpoint briefing slides don't have to comport with the laws of thermodynamics, but real weapons do. Realistic technological assessments are the foundation of responsible risk-taking when it comes grabbing for the game-changing gold ring.

Right now, for a number of reasons, pursuing game-changing makes sense as a component of American defense strategy.

The U.S. is facing more near-peer regional competitors. When the factors of threat and the state of critical theaters where the U.S. might have to exercise its military might are matched up against U.S. defense capabilities, American military strength grades out as marginal. In the near term, the best way to address this shortfall is with an effective gap strategy—a focused plan to close the gap between where U.S. power stands today and where it needs to be to adequately protect American interests.

But beyond pulling even in the world, the U.S. ought to be discouraging future military competition. Game-changing, combined with revitalizing key alliances and conventional and strategic capabilities, could set the stage for calming down volatile and strategically important parts of the world.

There are many areas of competition where the U.S. could benefit from a decisive edge. Despite President Obama's pursuit of a world without nuclear weapons, the dangers of nuclear proliferation are greater than ever. Cyberspace is seriously competitive. Space, the ultimate high ground, is no longer safe. The freedom of the commons isn't as assured as it used to be.

The U.S. has lots of options.  Promising game-changing opportunities abound in technical disciplines where America is already the global leader or at least globally competitive. From directed energy to robotics, the human sciences, nanotechnologies and beyond, there is lots science out there that might deliver the next big thing.

The U.S. can afford to be game-changing superpower. Unfortunately, the Obama administration has chronically underfunded core defense needs. That needs to fixed.  The Pentagon also needs to be a much better steward of the dollars it gets.  That said, America can afford the defense it needs, and for that price Washington ought to be able to rebuild the armed forces and fund a responsible game-changing effort.

Game-changing is neither a quick fix nor a quixotic venture. It’s not for the faint of heart or the feckless. It is not pursuing capabilities for capabilities-sake nor is it handing out a promissory note in exchange for concrete capabilities. Game-changing is a serious component of a sound defense plan—as long as it’s strategically relevant, flexible, adaptive and realistic.