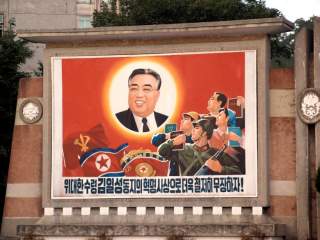 On May 8, North Korea successfully conducted its first underwater ejection test of a submarine-launched ballistic missile (SLBM). Analysts had predicted it would be several years before that would happen. Small wonder North Korean leader Kim Jong-un was jubilant.  He declared the development a “time bomb attached to the backs of our enemies when the SLBMs enter a mass-production phase and are deployed in battle.”

The test was conducted on North Korea’s east coast from the launch tube of a new, 3,000 ton submarine deployed last year. Demonstrating the ability to launch a missile from underwater and have it ignite after clearing the surface is a critical stage in developing an SLBM.

When fully developed, a North Korean SLBM would be a significant new threat to South Korea, Japan, and potentially the United States. Pyongyang may be able to deploy the missile within two to three years, although South Korean officials predicted it would take Pyongyang 4-5 years to fully develop an SLBM.

The range of the SLBM and whether it would be equipped with a nuclear warhead are uncertain. However, the commanders of US Forces Korea, Pacific Command, and NORAD all recently declared that Pyongyang has the ability to miniaturize its nuclear weapons and place them on some land-based missiles, including the road-mobile KN-08 ICBM. U.S. experts estimate that Pyongyang currently has 10–16 nuclear weapons.

In response to last week’s test, South Korean President Park Geun-hye convened an emergency meeting of her National Security Council, and South Korean lawmakers called for an immediate overhaul of the country’s missile defense plans, fearing they are inadequate to address the new threat.

Despite the growing North Korean nuclear and missile threat, Seoul has implemented only a low-tier missile defense. It has resisted both deploying more effective interceptors and incorporating its independent system into a comprehensive allied network. Chinese pressure on Seoul has made even the potential U.S. deployment of the Terminal High Altitude Area Defense (THAAD) system to strengthen alliance ballistic missile defense (BMD) on the Korean Peninsula controversial.

North Korean development of an SLBM would also complicate Seoul’s heavy reliance on its “Kill Chain” preemptive attack strategy to offset missile defense upgrades. The strategy requires perfect intelligence to: identify and track a North Korean mobile missile in the field, discern the type of warhead, and assess the North Korean leadership’s intentions with sufficient time to attack before the missile launch. The strategy also assumes that the South Korean president would authorize a preemptive attack and potentially trigger an all-out war on the Korean Peninsula with a nuclear-armed enemy.

The waters around South Korea, particularly the West Sea, are a highly complex and difficult anti-submarine warfare environment, perhaps the worst conditions possible due to shallow depth, salinity, high commercial traffic, and trawler bottom nets disturbing emplaced sensors. These conditions degrade the capability of both active and passive sonars.

SLBM Should Be on Summit Agenda

North Korea’s development of an SLBM should be discussed during President Park Geun-hye’s forthcoming summit meeting with President Barack Obama as part of their focus on Asian security challenges. North Korea has made clear that it has no intention of abandoning its nuclear arsenal and has declared the Six Party Talks nuclear negotiations to be “null and void.”

The allies need to ensure their militaries are sufficient to deter North Korea’s belligerent threats and and defend against any aggression. Doing so should incorporate an expanding role for Japan following the agreement to revise the U.S.-Japanese Defense Guidelines during Prime Minister Shinzo Abe’s trip to Washington.

Washington has long encouraged both of its important northeast Asian allies to take steps toward reconciliation to enable focusing on common security threats. This will be difficult however, given South Korean suspicion of any changes to Japan’s security posture. Animosities from Tokyo’s occupation of the Korean Peninsula during 1910-1945 linger to this day.

Seoul has recently indicated a renewed interest in improving relations with Tokyo, in part to overcome South Korea’s growing isolation. President Park’s single-minded emphasis on history issues helped fuel that isolation. Perhaps, North Korea’s successful submarine-launched ballistic missile test will serve as a catalyst to help the United States and its allies focus on present day security threats rather than past differences.

Bruce Klingner is the Senior Research Fellow for Northeast Asia at The Heritage Foundation's Asian Studies Center. He previously served 20 years with the CIA and Defense Intelligence Agency, including as CIA’s Deputy Division Chief for Korea.