A Geopolitical Nightmare: No Happy Endings If Russia Melts Down 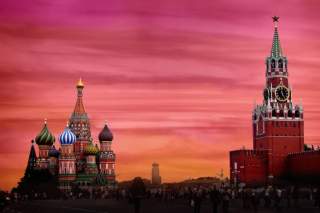 As the ruble plummets, there is a degree of satisfaction and even relish in the West at the sight of Russia’s difficulties. The balloon of Putin’s strategic genius is rapidly deflating in the face of harsh economic realities: now the Russians will be put in their place.

But as Russia faces its worst crisis since the 1998 default, let us not deceive ourselves: this is no time for perverse delight. Russia’s meltdown cannot and will not have a happy ending.

Today’s Russia is not the Soviet behemoth, comparatively disconnected from the world economy. Nor is it the struggling reform economy of the 1990s. It is the world’s eighth largest economy, well integrated into the global marketplace. If Russia goes into a prolonged recession, it is not just Russia itself that bears the consequences—it will be the rest of the world as well. First in line is the European Union, whose member states—some barely emerging from recession—have extensive trade links with Russia.

Ukraine’s economic fiasco has already put Europe under stress. Russia’s collapse will make Ukraine’s problems seem insignificant. In our days of global risks and mutual interconnectedness, “losing” Russia is like shooting yourself in the foot. Or in the head.

But it’s not the economic nightmare that we should be most concerned about: it’s the political consequences that follow from it. It is almost taken for granted in the West that the current crisis will lead to Putin’s demise, perhaps by means of a coup that could land someone more acceptable in the job: someone like the former finance minister Aleksei Kudrin or the ousted premier Mikhail Kasyanov or even, if we are lucky, the liberal darling Boris Nemtsov, the formerly jailed oligarch Mikhail Khodorkovsky, or the anti-corruption activist Aleksei Navalnyi.

Let’s not engage in idle dreams: whatever comes after Putin most likely will be worse than him, and much more like the xenophobic nationalists of the kind that have claimed power in eastern Ukraine. Just as the crisis of 1998 led to Putin’s spectacular rise (as the Russians welcomed “tough” measures to bring back stability), so the current economic crisis is likely to bring forth a new “Putin” who will seek to impose domestic order through draconian repressions and possibly external military adventures.

Keeping in mind that Russia, far from being just a petrol station as many unkindly assume, actually maintains one of the strongest militaries in the world, and owns (one has to be reminded of this from time after time) a big share of the global nuclear stockpile, the risk of a political chaos or a coup d’état with the likely emergence of something quite a bit worse than Putin, is one the international community should not take lightly.

What happened in Crimea was a terrible thing. What happened in Ukraine was a tragedy. What is happening in Russia now is a threat to the global order. Given the level of grave risks associated with it, Russia’s economic collapse is well beyond the threshold of acceptable dangers for the international community.

If there is a time for the West to bury the hatchet with Russia, it is now. The United States and the European Union must set aside their long list of recriminations and seek constructive talks with Russia aimed at stabilizing the ruble and reining in inflation. The most obvious measure—the starting point perhaps—should be the lifting of politically and economically harmful sanctions against Russia.

Self-congratulation, triumphalism and moral posturing are not substitutes for a workable policy at crucial turning points like the one we face today. “Bailing out” Putin may appear counterintuitive. But turning points often require counterintuitive policy decisions. They require seeing the big picture. First and foremost, they require leadership and foresight. In many ways, the West has already won. But it has to act now to make sure that this victory does not go down in history as a Pyrrhic one.

Sergey Radchenko is Global Policy Fellow at the Woodrow Wilson Center for International Scholars and Reader in International Politics at Aberystwyth University in the UK.