The Geopolitics of Alaska 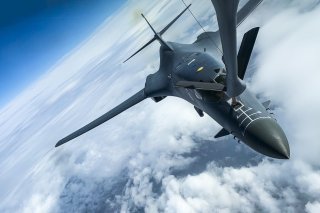 These ruminations from the masters have actionable implications for Alaskan and national leaders. Shipping, for one. The United States needs seagoing forces able to facilitate maritime movement in an Arctic where the ice advances and retreats with the seasons. Icebreakers can extend the interludes when polar sea routes are open, smashing through ice before it melts fully and after it starts freezing again. The U.S. Coast Guard, the sea service that operates the country’s minuscule fleet of icebreakers, is a proficient cold-weather force. It is also woefully underfunded. The Trump administration’s proposal to construct new icebreakers, perhaps propelled by nuclear reactors, is a start. But the larger point is this. Rather than try to stretch the existing cutter fleet to cover the new theater of operations now taking shape to the north, Congress and the White House ought to bulk up the fleet—matching strategic priorities with resources. Washington could do far worse than double or triple the size of the U.S. Coast Guard inventory. Shipfitters, furthermore, should arm new cutters for serious combat while retrofitting weaponry into existing hulls.

The goal should be a scrappy force that can hold its own against Russia or China in northern waters.

Bases, for another. In recent years Russian civil engineers have busied themselves erecting infrastructure along the northern seacoast to enable ships and aircraft to police the Arctic basin. Sound Mahanian logic underwrites these projects. Commercial and naval vessels may need to tarry at northern seaports for repair or resupply while making their way across the pole. Nor can navies or coast guards assigned to oversee offshore waters—Wylie’s arbiters of geopolitical victory and defeat—remain on station indefinitely without logistical support. They lose by default if they have to vacate important waters to resupply or rearm. New harbors, furthermore, should themselves be armed to support the fleet. Now more than ever, land-based warplanes and missiles can project military might far out to sea, making a difference in a tussle between fleets.

Alaskan and national authorities should take a page from the Russian playbook—and commence building.

And lastly, alliances. NATO strategy is a horizontal affair for the most part. European allies look eastward toward Russia, and the North American contingent looks across the Atlantic Ocean toward Europe and thence toward Russia. A warming climate promises to superimpose a vertical axis on NATO deliberations, compelling allies that front on the Arctic to work together to protect their interests in northern reaches. For Alaskan leaders that means working with national, state, and provincial leaders in the United States and Canada on matters relating to maritime strategy. Reaching out to the capitals of navy-intensive states such as Washington, California, and Virginia would be helpful as Juneau dons its game face for geopolitical competition. State affairs must take on a saltwater flavor.