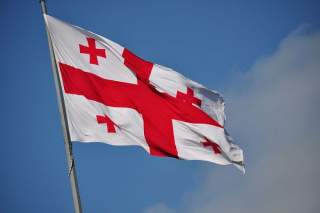 Georgia is heading towards legislative elections. Ideally, of course, political debates should be heated but not inflammatory. Elections are supposed to be about issues such as the economy and foreign policy. When it comes my own country, Georgia, it will be a consolidated democracy when political parties cease trying to obliterate opponents morally, claiming the laurels of a revolutionary.

Since the coming to power of Georgian Dream (GD) in 2012, we habitually speak of “the first-ever peaceful transfer of power.” The transfer was indeed peaceful; the campaign and the debate were brutal. Former President Mikhail Saakashvili conceded defeat, which is one of the reasons why the United National Movement (UNM) is the first party in Georgia to survive an electoral defeat, retaining electoral support, resources, and media presence.

But the problem with our “first peaceful transfer of power” is that none of us knows yet how to win—but not everything—to be able to lose—but, once again, not everything. Building a democracy in which that is routine is our shared responsibility.

The UNM has been lamenting rather than arguing, engaging in anecdotal conspiracy theories  (and entangling into that conspiratorial net their foreign partners and sympathizers) rather than piecing together a narrative of what the UNM stands for, and for whom. As the first not “constructive” opposition, arguing policies and drafting a program would not just be a great service to the UNM, but indeed to Georgia’s political culture, setting a valuable precedent. In my opinion, however, the UNM missed the opportunity to define the role of the opposition.

The most important accomplishment of the 2012 elections is that nobody was afraid to speak out in contrast to life under the previous regime. Pick your index: Reporters Without Borders, Freedom House, or the East Partnership Civic Forum. Every media monitor will attest to the fact that Georgia has not simply “progressed” since 2012, we are in another league, surpassing several EU member states. That’s a fact, but it is not campaign material. Media freedom is not “an issue.” It should be taken for granted, or counted upon.

But there are problems. In October 29, for example, a Ukrainian website published two audio conversations between the current leader of the UNM, Giga Bokeria, the director of Rustavi 2 TV, Nika Gvaramia, and the former President, Mikhail Saakashvili. Bokeria and Gvaramia have acknowledged the authenticity of these recordings.  During the Saakashvili-Bokeria conversation, the former President demands the channel’s fortification and specifies that “there must be kicking, punching and blood, and if they shoot, so be it.” In his second Saakashvili-Gvaramia conversation, the TV manager is instructed to find gunmen – “boeviks” – “because all this will end up by shooting.” Having set the stage, Saakashvili then worries about the audience and asks Bokeria “what about these foreign idiots,” to which Bokeria answers “the State Department will issue a big statement tomorrow.” In sum, Saakashvili seeks an extra-constitutional road to return to power, and “useful idiots” to make that happen, in Georgia and abroad. For many of us, this is obviously Georgia’s past.

What is at stake is not media pluralism. As Transparency International notes, between 2002 and 2012 Rustavi 2 has changed hands 20 times, always between members of Saakashvili’s entourage, retaining the same editorial line. However, in 2015 things did change. And what didn’t happen is as politically important as what did happen.

Special Forces did not raid Rustavi 2 studios and transmission was not suspended, as in the case of Imedi TV Channel in 2007. What did happen is that a Tbilisi City Court decided to return the ownership of Rustavi 2 TV to a former owner, who had allegedly been forced to sell under duress. That decision can and has been appealed.

Meanwhile, the Constitutional Court ruled that the Tbilisi City Court judgment should not be enforced provisionally until it would have decided on the constitutionality of provisional enforcement. But the Tbilisi City Court appointed an interim manager anyway, a move that puzzled some international and domestic observers. In response, Georgia’s High Court issued an unusual public statement to specify that the care-taking management appointed have no mandate over the Rustavi 2 editorial line.

But just yesterday the Tbilisi City Court judge again opened the due process by repealing partially his own ruling and disallowing an interim manager to take over the company's management until the appeals court delivered its final decision on this question. In the meantime, the Constitutional Court has been considering different aspects of that case. Obviously, that makes a difference: it’s been implemented through the due process and not been decided by one phone call from the high offices, as was once the case.

Our government makes a difference insofar as it delivers on its promises: a humane detention system, rule of law, free media, and fair elections. We must do away with “more,” “better,” “freer” and “fairer” relativisms. These are the concerns of international monitors. We are supposed to serve our constituents and owe it to them to adhere to European standards. The UNM does not set the bar; our promises do.

This Government, as I said above, came peacefully to power, and to leave peacefully from power, when Georgian citizens decide it is time for it to go. It’s obvious that politicians should unequivocally and unconditionally denounce all forms of violence and contribute to civil accord. We, in Georgian Dream, have done so unilaterally, but as a political system we have some way to go.  Are we perfect? No. But we are committed to become a better functioning democracy in our part of the world.

Meanwhile, I would humbly ask our friends and foes equally for even-handed monitoring and political facilitation. Our international partners must demand the conditions required for better governance, while the citizens of Georgia are allowed to opt for the best government. No doubt, there is strenuous work to be done, but we have, as I admitted above, the commitment required. In this context alone, it is worth putting things in a comparative perspective. Georgia is becoming the kind of neighbor and partner the Eastern Partnership instrument set out to create. When it comes to reforms, we own the conditions, endorse the objectives, deploy the resources, take in the feedback, fine tune, and deliver.

The reason for this is that the people of Georgia overwhelmingly endorse this path and have little patience or tolerance for anything less, over and beyond their partisan differences. We need our partners to take that into account. As facilitators, our partners can help us achieve that objective. The way to address this challenge is together, government and opposition, with our partners, and the time is now.