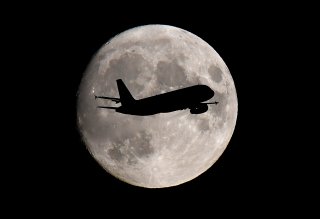 The world may be heading towards the greatest mining rush in history—in outer space. Falling costs and greater access to space launch services, coupled with new technologies, are leading to the establishment of numerous companies in this nascent industry.

A new Executive Order (EO) by the Trump Administration issued in early April promises to accelerate that rush. The EO declares that outer space is not the “global commons,” asserts American rights to use space resources, and attempts to discourage foreign countries from embracing the Moon Agreement. It has sparked immediate concerns that the United States is trying to privatize or assert sovereignty over outer space to the detriment of other nations, with Russia notably comparing its claims to colonialism. It also has echoes of Trump administration rhetoric in other sectors, such as the claim of “energy dominance”.

At the center of interest in space resources is the ability to extract and process materials at a mining site. In the case of outer space activities, this means that resources can be prospected, mined, and processed to support missions.

The Moon, asteroids, and Mars are all potential targets with the Moon looking most likely in the short-term. Long thought barren, recent discoveries of water ice on the Moon could lead to the first space resource production. Water can be converted into fuel (hydrogen), and hence enable cost-effective refueling for satellites, onward journeys to Mars, and even crewed missions. The ice can also be converted to water and oxygen for lunar settlements or operations. Lunar soil (called regolith) can also offer construction materials. Asteroids contain many types of metals and minerals that are likely targets for the medium-term.

There are three primary uses of space resources that underscore their geostrategic value: scientific, commercial, and military. Scientifically, space resources can have value as specimens, as well as to support human or robotic exploration. If NASA and SpaceX succeed in reaching and exploring Mars as planned, then mining and processing resources in place is likely a prerequisite to enable refueling and return journeys. Commercially, water mining and refueling can also support greater space commerce. Materials gathered in space are likely necessary for in-space manufacturing, while high concentrations of rare earths on the Moon and asteroids can even be returned to earth to be sold into terrestrial markets.

Space resources and their related infrastructures can support greater military activities in outer space. The reemergence of great-power competition (or spheres of influence as you like), as well as the proliferation of anti-satellite weaponry, is quickly leading to the weaponization of outer space. Refueling architectures and in-space manufacturing can enable new military technologies. As the United States seeks to maintain space superiority, and near-peer competitors seek to undermine it, then new systems could tip the balance of space power.

Given the commercial and security implications, many nations are now pursuing or seriously considering space mining. The United States may be most aggressive, with a 2015 law granting ownership rights for American persons that gather resources in space. Further, many government, academic, and private initiatives are developing the technologies to enable the requisite exploration and mining technologies. Luxembourg and the UAE are also developing the legal infrastructure needed to support the extraction of space resources. Multiple countries have entered into a memorandum of understanding with Luxembourg regarding space mining, including Japan and China. Deciphering plans and goals is difficult for China’s space programs. Nevertheless, there are potential plans to mine the moon and use space resources to develop space-based solar power infrastructure. Meanwhile, Russia is beginning to develop the necessary technologies, even as its official position that space mining is forbidden under international law

With such widespread interest, international space law is important to minimize potential conflict and guide national activities in space, yet it is underdeveloped. The Outer Space Treaty (OST), the primary international legal instrument, has several clauses relevant for space resources. Originally intended to head off a “land” rush, the OST bars “national appropriation by claim of sovereignty, by means of use or occupation, or by any other means.” While the ownership and use of space resources under the OST remains hotly debated, prevailing legal opinions increasingly indicate the use of space resources may be permitted. This, in part, comes from state practice related to scientific samples gathered from the moon (by the United States and the former Soviet Union during the Cold War) and ongoing missions to asteroids and Mars (by Japan and the United States).

It is in this context that the Trump administration’s executive order on space resources is both less worrisome than it appears, and also unnecessarily provocative. Its rejection of space as a global commons is an explicit rejection of the Moon Agreement. However, it goes further and signals a U.S. intention to reject any international regulation of space resources. There is a recent precedent in the opposite direction. A proposed space resources authorization bill in the 2017–18 Congress was rejected in part because of concerns it explicitly rejected the OST by asserting outer space was not a global commons.

Long-term, the U.S. strategy may backfire if it becomes excluded from international space governance. The hardline negotiating strategy resembles the U.S. position to the UN Convention on Law of the Sea. Objecting to the provisions establishing mining of the deep seabed as regulated under an international commission, with revenue potential for non-mining countries, the United States has become the only country that did not sign the UN Convention. As a result, the United States is excluded from accessing resources on the seabed entirely.

Rather than a tool of increased sovereign isolation, space resources represent an unparalleled opportunity for international cooperation and global development. There are established forums to do so, including UN COPOUS and the Hague International Space Resources Governance Working Group. Beyond these forums, bilateral agreements offer a short-term opportunity. This is one area where the executive order is particularly strong in that it encourages federal agencies to seek bilateral cooperation. Cooperation on space-resource technologies and the collective mission could strengthen links between NASA, ESA, JAXAS, and Roscosmos. However, recent reports indicate the administration is unilaterally developing the “Artemis Accords” to legitimize space mining, with the intent to approach only a handful of space partners and asking them to sign on without substantial multilateral discussion.

At the same time, expanding global activities in space can raise the risks for conflict over space mining locations or due to expanded space weaponization. Such rivalries are concerning as they involve nuclear-weapons states. In such a context, the United States and Russia could both benefit from maintaining their historical national space cooperation. To date the United States has largely excluded Russia from plans for lunar missions; it should reconsider that exclusion. Similarly, although the United States refuses to cooperate with Chinese space activities due to military linkages, the economic promise of commercial space provides a basis to encourage civil space development in China.

It would be better to consider outer space as a “solar commons”—a much larger area with the potential to bring humanity beyond the constraints of typical geopolitics and competition. Rather than making the problem smaller, make it bigger. New policies and international leadership of cooperative competitors is preferable to an international dispute over a mining rush.

Alex Gilbert is a Project Manager at the Nuclear Innovation Alliance, where he works on commercializing advanced reactors, and a fellow at the Payne Institute at the Colorado School of Mines, where he researches energy and space resource governance.