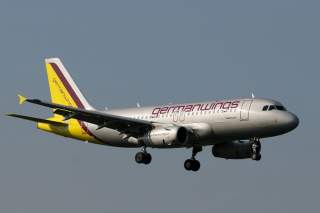 The crash of Germanwings Flight 9525 in the French Alps on Tuesday opens another chapter in the macabre story of international aviation that began a year ago with the disappearance of Malaysian Airlines Flight 370 and seemed to reach its tragic peak in July with the downing of that same airliner’s Flight 17 over eastern Ukraine. The loss of AirAsia Flight 8501 in December was no less tragic, though it failed to capture sustained public attention. Breaking reports that Flight 9525 was brought down intentionally by the aircraft’s copilot, 28-year old German citizen Andreas Lubitz, has sparked an international outcry and a full criminal investigation by French officials. In the end, who will pay and why are questions that are already addressed under international law.

Assuming that Lubitz acted alone and without connection to any criminal or terrorist enterprise, the criminal dimension of the tragedy is likely a nonissue. A series of international treaties signed in the 1960s and 70s grant the French state jurisdiction over the crash, though without a surviving culprit, their substantive provisions, and any supplementary criminal sanctions available under French law, won’t come into play.

At this point, it is grossly premature to speculate on what might occur if, for instance, others knew of Lubitz’s murderous intents in advance or, more troublingly, Germanwings and its parent company, Lufthansa, knew or should have known that Lubitz posed a real threat to the aircraft’s safety. Needless to say the minutiae of international law, including which state(s) have the authority to prosecute and punish potential offenders, will likely give way to high-powered diplomacy.

As to civil liability, however, Lufthansa will likely shoulder full responsibility. Although the transnational treaty system governing air carrier liability remains fractured, Germany is a state party to the 1999 Montreal Convention for the Unification of Certain Rules for International Carriage by Air, as are all of the other states with nationals that perished in the crash. This means there will be no question concerning which standard of liability should be applied to Lufthansa even though a tense dispute may follow concerning the amount of damages Lufthansa is compelled to pay.

If suits are brought against Lufthansa, Article 21 of the Montreal Convention dictates that the carrier is strictly liable for damages of up to 113,100 Special Drawing Rights (SDRs) (roughly $113k) and potentially liable for well in excess of that amount. (The original Montreal amount was 100,000 SDRs, but an elevator clause in the treaty allows this number to be adjusted for inflation as often as every five years.) To hold that Lufthansa is strictly liable does not mean it is absolutely or automatically liable; plaintiffs must still prove damages—an easy burden to meet where the death of a passenger is involved.

With respect to the first escape hatch, it is extremely difficult to conceive a scenario where a carrier could evade the charge of some negligence unless there is a third-party to blame. But an examination of the second escape hatch concerning third-party negligence and/or wrongful acts reveals that the word “solely” is used. What this means is that even in a scenario where a third-party is, say, 75 percent negligent and the air carrier only 25 percent, the airline will not be able to escape paying out further provable damages in excess of 113,100 SDRs.

In this instance, Lubitz was not acting as a third party; he was an employee (agent) of Lufthansa-owned Germanwings who manifestly committed a wrongful act. How much Lufthansa will ultimately pay to the victims’ families remains an open question. Certainly a considerable amount of scrutiny will be directed toward how well Germanwings vetted Lubitz before hiring and scheduling him, and whether or not the airline did enough to ensure that the copilot was mentally stable enough for flight. Sorting out those issues could take years, and it stands to reason that Lufthansa will look to settle before having its name, or the name of its subsidiarity, dragged through the mud in a protracted legal dispute.

Looming beyond the criminal and civil dimensions of the Germanwings tragedy is the larger, and perhaps irresolvable, problem of what can be done to prevent incidents like this from occurring in the future. Certainly the International Civil Aviation Organization, the United Nations’ official aviation arm, will convene working groups; airlines will examine their screening and training policies; and forward-thinking states will see if there are any regulatory measures available to enforce best practices in the cockpit.

At the end of the day it’s not clear there is anything to be done. The intentional crashing of any commercial airliner is grotesque, largely because it is rare.

Gabriel S. Sanchez taught at DePaul University College of Law from 2007-2012 and now works as an attorney and independent researcher, publishing primarily in the area of trade and economic regulation.