Germany Is a Bad Ally 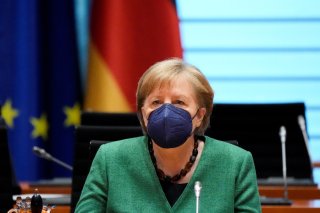 When Russia’s Gazprom and European partners announced plans to expand pipelines carrying Russian gas to Europe, eight European Union members and the Obama administration raised objections. Not only would Nord Stream 2 make Europe more dependent on Russian gas but, by rendering the existing pipeline across Ukraine redundant, the deal would also enable Russia to stop paying its southern neighbor transit fees and further exacerbate Kiev’s financial crisis. The German government, however, stood defiant. “Some things the Europeans need to decide for themselves,” Peter Wittig, the German ambassador to the United States, declared, suggesting that Germany was synonymous with Europe.

The Trump administration took a hardline to Germany’s embrace of the pipeline. “We want Europe to have real, secure, stable, safe energy resources that cannot be turned off in the event Russia wants to,” Secretary of State Mike Pompeo explained and later imposed sanctions on the operation to discourage both the financial benefit Russia would accrue and Germany’s willingness to trade European security for slightly cheaper gas. Germany, of course, protested furiously.

President Joe Biden and Secretary of Antony Blinken reversed course, however, and sought to prioritize smooth relations with Berlin. On May 19, 2021, Blinken announced that the United States would wave sanctions on Nord Stream 2 AG, its chief executive officer Matthias Warnig, and its corporate officers even though Blinken insisted the U.S. opposition to the Russian-backed pipeline was “unwavering.” Blinken explained the logical dissonance of the move as an effort to fulfill “the President’s pledge to rebuild relationships with our allies and partners in Europe.”

The logic behind this calculation, however, is tenuous. Put aside the irony that Biden and Blinken have now promoted pipelines for the Taliban and Russia while killing those from which the United States could benefit. If climate change were truly the “greatest threat to America” as Biden told U.S. troops during his visit to Europe, then he would increase his opposition to Nord Stream 2, not green light its completion.

Nor should German complaints of ease matter. It would have been logistically easier during the Cold War to let the Soviet bloc supply West Berlin but the United States went so far as to airlift supplies to the city during the Soviet’s 1948-49 blockade.

Biden and Blinken may associate acquiescence to Berlin with sophisticated diplomacy and may assume that Germany stands for the same values as the United States, but this would be a mistake. Simply put, Germany is neither a good ally nor does its leadership share the same liberal, democratic worldview as the United States.

Former German Chancellor Gerhard Schröder, Angela Merkel’s immediate predecessor, joined Gazprom after leaving office. For Schröder, short-term monetary gain trumped principle. Increasingly, his career trajectory and cynicism may be the rule rather than the exception for German politicians as Russia and the money it offers encourages further “Schröderization” of German elites. Russian spy activity is as high now as it was during the Cold War as the Kremlin seeks to penetrate the German political class.

Matthias Warnig, the Nord Stream 2 CEO for whom Blinken waived sanctions, was a former East German Stasi officer since the time when Russian President Vladimir Putin was a KGB officer assigned to Germany and remains Putin’s oldest German friend. Biden and Blinken shed crocodile tears for imprisoned Russian dissident Alexei Navalny, but they ignore that one of the reasons Putin is so furious at Navalny is that he blew the whistle on Putin’s relationship with the Nord Stream 2 CEO.

Nor is Nord Stream 2 simply a one-off economic deal. Moscow and Berlin are now cooperating on a hydrogen project.

Within the United States, some have rationalized a softer approach toward Nord Stream 2 in order to compel Germany to be a better ally in efforts to counter Russia. Put aside the fact that Germany continues to fall short of its NATO commitment to spend two percent of its gross domestic product on defense in order to shore up the alliance. But, as Ricky Gill, a former director for European Energy Security at the National Security Council shows, Germany increasingly allows China to utilize the Port of Mukran, the base of operations for Nord Stream 2 construction, as a key component of its Belt-and-Road scheme. Initial concerns about the cost of empowering Russia have, meanwhile, proven correct. It took less than a month for Putin to threaten Ukraine’s access to Russian gas after Blinken waived sanctions.

Nor has Germany fallen short as an ally only on the issue of Russia. Since the time of German Foreign Minister Klaus Kinkel, Berlin has consistently allowed the promise of commercial contracts to undermine consensus with regard to Iran’s nuclear program and Iran’s horrendous abuse of human rights. Both Schröder and Merkel have consistently turned a blind eye or even sought to bury intelligence showing Iranian cheating on its nuclear commitments in order to augment Germany’s own commercial relations. The leader of Germany’s Green Party high-fived the Islamic Republic’s ambassador even as Iran arrested environmentalists and hanged homosexuals. More recently, German President Frank-Walter Steinmeier congratulated Supreme Leader Ali Khamenei on the fortieth anniversary of the Islamic Revolution, even as Khamenei belittled the Holocaust.

Biden seemingly wants to defer European security issues to Berlin in order to enable the White House to focus on China and other security issues such as the rising cyber threat. Put aside the fact that the United States should be able to address two problems simultaneously, especially as both Russia and China represent a similar challenge: a fundamental challenge to the post-World War II liberal order. The reality, however, is even if Biden and Blinken’s logic were sound, Germany is the wrong country to trust to man the ramparts in the defense against threats to freedom.

Certainly, Germany has been a long-time partner to the United States and has hosted tens of thousands of American troops. This itself, however, does not signal consensus on aims, however, any more than U.S. bases in Turkey make that country a bastion in the defense of democracy. Presidents George W. Bush and Barack Obama enabled Erdogan to accelerate Turkey’s turn by calibrating U.S. policy to what Turkey had been or what they wished it to be rather than to what it has actually become. Biden and Blinken are guilty of the same fault now in Germany. Germany may want to patch relations, but it does not deserve a free pass. Biden and Blinken are right that the United States must address China’s growing threat, but to trust Berlin or defer leadership to it essentially puts the fox in charge of the hen house. It is time to recognize that Germany is not a trustworthy or dependable ally.