To Get Back to Normal, Afghanistan Needs Private Security 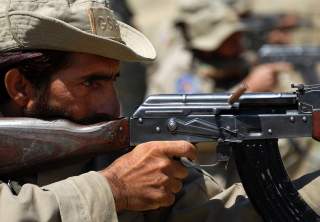 A report on the August 24, 2016 terrorist attack on the American University of Afghanistan (AUAF) highlighted critical security problems. Terrorists easily forced their way into the school, killing twelve people and injuring forty-four others. The attack was another catastrophic incident for the country. Despite ongoing risks, AUAF is reopening, but only after receiving special permission to hire its own security instead of relying on the government’s mandated security organization. AUAF learned a costly lesson about the value of quality security. Unfortunately, international investors evaluating Afghanistan look elsewhere, as they do not have the option to hire professional private security.

In global conflicts, the stabilizing rule of thumb is that security is 90 percent of the problem, and 10 percent of the solution. Development, investment, reconciliation and other crucial undertakings are not possible without adequate security. A rethinking of the way private security is regulated in Afghanistan would spur enormous international investment.

In recent years, Afghanistan has had enormous achievements in finalizing regional trade and energy agreements, such as the Turkmenistan, Afghanistan, Pakistan and India (TAPI) pipeline, CASA-1000 (the Central Asia–South Asia power project), and the Chabahar Port. However, implementation has been slow, due to security concerns over protection of the routes through Afghanistan. The TAPI gas pipeline, a $10 billion regional project, for instance, has been delayed due to security concerns in Afghanistan.

Security in Afghanistan is particularly weak today, especially for the commercial sector. Foreign investors will not consider Afghanistan until there is effective security available for employees and facilities. The Afghan army and police are impressively capable, but face enormous demands, from battling insurgents to protecting politicians and conducting basic traffic duties. Ultimately, international investors require reliable, professional private security. We have seen this model enable investment in places like Colombia, Angola and elsewhere, where economies grew despite ongoing conflicts. Afghanistan is held back by self-inflicted regulations.

Afghanistan’s relationship with private security companies (PSCs) has been rocky. President Hamid Karzai outlawed PSCs fearing they were re-hatted militias, and concerned about holding them accountable for crimes they may commit. PSCs were replaced by a makeshift government model, the Afghan Public Protection Force (APPF). Predictably, the APPF is unreliable, expensive, poorly trained, inflexible, and rife with corruption. We believe there is a PSC regulatory model that would ensure a licensed, professional, transparent and accountable private security industry while minimizing the bureaucratic burden on the government.

PSCs will enable commercial operations in places currently considered too risky. The police and army would benefit as well since economic targets would be protected by PSCs—and paid for from private sources. These additional security resources would free Afghan security forces from static security and enable them to focus on quick reaction and proactively move on the insurgents.

It is critical to ensure that the PSCs are not simply “re-hatted” militias, and fresh regulations are essential. PSCs must be removed from politics and should not be used beyond protective roles. There must be accountability, effective licensing, requirements for training, limitations on use of force and distinctive civilian uniforms.

Government capacity is a problem in all developing countries, even more so for those involved in conflict. PSCs must have a built in element of accountable self-regulation. Regulations could be addressed through a fully transparent PSC trade association operating on behalf of the government, and underwritten by the PSCs. All PSC licenses, vehicle permits, weapons authorizations and other documentation would be maintained on an open, public database. Each PSC would have its own association web page where company details, capabilities and contact information are available. Applications and payments for licenses and permits would be handled by the association and posted online, showing the exact amounts turned over to the government. The PSC association would not make the laws, but would execute the essential bureaucratic and regulatory role to ensure government requirements are followed.

Private security has limitations. It cannot pursue insurgents or initiate violence, and necessary weapons must be limited and licensed. Deadly force would only be authorized in specific defensive scenarios, and they must report incidents promptly and turn over suspects to the authorities. PSCs are enormously useful, but as civilians, it must be clear they do not have the same powers as the police.

A revitalized private security sector would do much to invigorate foreign investment in Afghanistan. The sector would provide employment opportunities, spur economic growth, create larger secure areas, ensure a stronger tax base and reduce the burden on government forces. Perhaps the most appealing aspect is the speed at which this could take place, requiring minimal changes within the control of President Ashraf Ghani’s offices. Afghanistan can never be truly independent while so reliant on international funding. Reforming the private security sector would be a huge step towards true independence.

Rohullah Osmani is a Visiting Scholar with the Johns Hopkins University's School of Advanced International Studies (SAIS), and a former Director General of the Independent Administrative Reform and Civil Service Commission in Afghanistan. During his time in Afghanistan, Rohullah co-chaired Presidential Commissions, and many policy committees in central government.

Doug Brooks founded and developed the International Stability Operations Association (ISOA), the world’s leading private sector association focused on advancing the global role of the industry in supporting international efforts in conflict, post conflict, humanitarian rescue and disaster relief environments. Now President Emeritus, Doug serves on the Board of the Afghan-American Chamber of Commerce and continues to maintain a close relationship with ISOA as he shares his expertise with leading firms in the industry as an independent consultant.