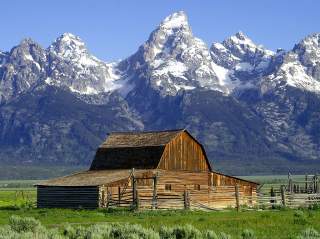 U.S. diplomacy is in for a change. Gone are the barong tagalogs, the translucent smocks made of pineapple fiber and silk that President Obama and other world leaders wore at the 2015 APEC summit in Manila. Gone too are the chamantos, the chunky ponchos worn by President George W. Bush and others at the 2004 APEC summit in Santiago. President Trump is unlikely ever to attire himself thus, and not simply due to sartorial prudence. Instead, Trump may skip the APEC meetings altogether—and those of the East Asia Summit, NATO, UN General Assembly, G7 and G20 as well.

The incoming administration has already said it will focus on bilateral deals with individual countries, instead of on the multilateral gatherings favored by the last two administrations. This is a sea change from the previous decade’s diplomacy, a looming “G-Zero” moment according to Ian Bremmer, yet it is not one without precedent or opportunity. Most of all, the Trump administration’s planned bilateral bonanza holds the best chance yet to return U.S. foreign policy both to core American national interests and to Americans outside of Washington, DC.

There was a time before the 2000s when U.S. diplomacy was conducted beyond the Beltway, and it worked. In 1989, for example, Secretary of State James Baker decided to meet with his Soviet counterpart, Foreign Minister Eduard Shevardnadze, not in Washington but in Wyoming.

“I had believed that moving our talks from the bureaucratic environment of Washington to the rugged grandeur of the American West might forge a new spirit of cooperation, openness, and mutual trust between us and our staffs,” Baker explained.

He was right. The remoteness of Jackson Hole fundamentally shifted his relationship with the Soviet foreign minister, beginning with the flight there. The cramped, noisy cabin of the DC-9—the usual 707 being too large for Jackson Hole’s runway—forced conversation at close quarters, which cracked the hard formality that had existed between the two men. “It was a turning point in our relationship,” Baker said, “because from that point on, we tended to speak ‘informally’ in all our one-on-one sessions. . .”

Wyoming was a success, with agreement reached on an array of issues including arms control. “I’d like to think that the Tetons towering nearby, the Snake River running past us, and the rustic openness of Jackson Lake Lodge facilitated much of it,” Baker later reflected. In fact, the few days among the Rockies were “more productive than most of the meetings between American and Soviet foreign ministers in recent years,” the New York Times reported.

Yet this surge of productivity was not just a reaction to the lofty landscape. It was also the result of forcing the participants to break diplomatic routine, and to do so away from Washington or Geneva or Moscow or New York. Jackson Hole removed the temptations that favored protocol by rote. It also excluded the typical retinue of political hangers-on and influencers jockeying for favor. Instead, the semi-remote, unusual and difficult setting imposed intentional, shared constraints and a strictly managed informality, amounting to a kind of Oulipian diplomacy. All of these elements created the conditions that set in motion a new working confidence between the Americans and Soviets.

In a reciprocal meeting the next year, Shevardnadze followed Baker’s lead, holding talks not in Moscow but in Irkutsk in Siberia. By Baker’s own account, this “spirit of Jackson Hole,” reinforced in Irkutsk, was what allowed the Bush administration days later to secure Moscow’s joint statement against Saddam Hussein’s invasion of Kuwait. It was a rare and important display of unity between the superpowers. It was, Baker explained, the moment in which the Cold War “breathed its last.” Without this “spirit of Jackson Hole” already in place, the cautious, prudent and now-lauded response of the Bush administration to the collapse of the Soviet Union shortly thereafter is pretty much impossible to fathom.

Jackson Hole, then, is a strategy ripe for emulation. If Trump seeks a rapprochement with the Kremlin, one lesson is clear: Get away from Washington.

A similar strategy was at work in 1995 when the unlikely site of Dayton, Ohio, was chosen for negotiations to end the war in the Balkans. “At the time, it did not sound like an impressive place for a major international conference,” Richard Holbrooke, the chief U.S. negotiator in the talks, explained in his memoir. The Washington Post tut-tutted the choice by leading its story with “Camp David it isn't.” Slobodan Milošević semi-seriously equated it with being “locked up like a priest,” Holbrooke said, and the European diplomats dismissed the location as “somewhere in America.”

Yet Holbrooke, like Baker, knew that “physical arrangements could make a difference; every detail mattered.”

Dayton offered what Washington could not. For one, the Wright-Patterson Air Force Base was “neutral ground” that could be closed off from the press and from outsiders. It was also remote enough, as the Washington Post reported, “to discourage Balkan warlords from running off to television studios in New York and Washington every time the negotiations hit a snag.”

Of course, Wright-Patterson was also a potent reminder of American hard power. "There is a morbid irony to the choice of an Air Force base," Zbigniew Brzezinski said at the time. "It encourages at least one of the parties to think how they got there, and what might happen to them if they don't get an agreement."

The strategy of holding the talks away from Washington in a controlled environment worked, and after tough negotiations an agreement was reached in November 1995. Since then, Holbrooke wrote, “‘Dayton’ has entered the language as shorthand for a certain type of diplomacy—the Big Bang approach to negotiations: lock everyone up until they reach agreement.”

Today, this “Dayton” approach seems tailor-made for an administration intent on landing “Big Bang” deals and for a president who touts his dealmaking skill. As with Jackson Hole, the location was essential to Dayton’s success.

There are other advantages to this “beyond the Beltway” strategy as well. Hosting the talks in Dayton allowed more Americans to participate in U.S. foreign affairs, if indirectly. Holbrooke explained:

Unlike the populations of, say, New York, Geneva, or Washington, which would scarcely notice another conference, Daytonians were proud to be part of history. Large signs at the commercial airport hailed Dayton as the ‘temporary center of international peace.’ The local newspapers and television stations covered the story from every angle, drawing the people deeper into the proceedings. When we ventured into a restaurant or a shopping center downtown, people crowded around, saying they were praying for us. Warren Christopher was given at least one standing ovation in a restaurant.

Dayton and Sarajevo, separated by five thousand miles, were now linked. Dayton-area hospitals and police, its colleges and businesses, went on to participate in programs with their Sarajevan counterparts. The Dayton mayor himself visited Bosnia in 1996. The Dayton Accords also sparked in that mayor, Mike Turner, a strong and lasting interest in foreign relations. In fact, Turner is now a U.S. representative on the House Armed Services Committee, the president of the NATO Parliamentary Assembly and a respected Republican voice on foreign affairs. Not too bad for a guy from “somewhere in America.” It’s yet another reason to get out of Washington. Hosting high-profile diplomacy elsewhere means that local communities and up-and-coming politicians can gain new interests, connections and experience. Some of this might even find its way back to Washington. More Mike Turners bringing their Middle American pragmatism and sensibility on foreign affairs to DC would be of clear benefit for both parties.

There are also reasons that the Trump administration, specifically, should want to adopt this approach. Conducting diplomacy away from Washington will go a long way in nixing any charges of foreign governments paying for access. Trump’s opulent new DC hotel, which is already a site of controversy, has no equivalent in Des Moines, Grand Rapids or Sioux Falls. Finally, decamping the District will undoubtedly agitate the pundits and media fixed in Washington and New York who view anywhere apart from Acela’s Northeast Corridor as foreign. The incoming president, as has been shown, values such agitation highly.

As U.S. diplomacy shifts away from a multilateral approach, holding bilateral talks in places similar to Jackson Hole and Dayton is a clear win for the new administration. Location, location, location, it is said, are the three most important things in real estate. Perhaps the real estate mogul turned president will carry this wisdom over into his diplomacy.