Get Ready for China to Target the Senkaku Islands 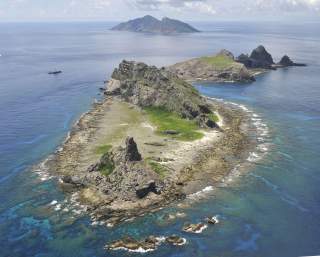 By strong and deep bipartisan agreement, America’s national-security community is now focused on the risks of war against Russia or China as the top priorities for defense policy and resource allocation. Thirty years after the Berlin Wall fell, this is a remarkable and sobering development, provoked by China’s Rise and Russia’s revanchism.

But over what issues, and in what ways, could war pitting the United States and allies against Russia or China really happen? To date, this question has been largely unaddressed. If we are to optimize defense investments, bolster deterrence, and also figure out how to deescalate any conflict that might happen despite our best efforts to prevent it, then we need good answers. The prospects of a head-on and large-scale Chinese assault on Japan, or a Russian seizure of an entire Baltic state, need to be considered—even if they do not seem particularly likely given the inevitability of a major U.S. or NATO response to any such blatant assault on a treaty ally.

More likely, it would seem, is a small-scale Russian or Chinese attack against a sliver of allied territory, designed less to seize land than to flex national muscles and challenge the U.S.-led global order. Such an attack would be an attempt by Beijing or Moscow to weaken a major bilateral alliance or NATO. What should the United States and its allies do if China or Russia undertakes an aggressive action that is at once both minor in its physical scale and yet strategic in potential consequences? The cases in point could include a Chinese seizure of a Senkaku island, a violent Chinese attack against an uninhabited island rightfully owned by the Philippines, or a limited Russian land-grab in the Baltic states, which Moscow might justify by claiming Russian speakers there were somehow under threat. Other scenarios are easy to imagine as well.

Today, Washington might well overreact to such a scenario. Today’s American military establishment and national-security community tend to hold the view that being able to defeat China or Russia in combat wherever an ally might be attacked is a realistic and essential goal. Direct defense or prompt reversal of an aggression are the foundational principles of current strategy. Article 5 of the NATO treaty and related mutual defense commitments are seen as allowing little flexibility or room for interpretation. In a given crisis, a specific president might disregard this prevalent strategic culture, but it is deeply rooted in the modern American defense community.

But such an escalation, while it should be kept as an option, would almost surely not be the right initial response. It would be too strategically escalatory and too militarily fraught. Instead, the United States and allies need to develop strategies of asymmetric defense and counterattack. An asymmetric defense would combine and interweave the economic instruments of statecraft and warfare into combat plans. Indeed, the active elements of the strategy would center on economic warfare. Military responses would be important but would often function in a support role, to create a defensive line against any further enemy advance and perhaps to support the enforcement of economic sanctions.

We need to think these kinds of scenarios through in advance. Most of all, we need a change in mindset—away from the strong presumption, as it exists today in the U.S. national-security community of prompt liberation of any and all allied territory under possible enemy attack or occupation, and towards a more supple and less kinetic strategy. For most of these kinds of scenarios, it is not crucial that we immediately reverse an aggression so much as prevent its snowballing. We also need to make any enemy know it will pay an unacceptable price for taking such action, but a price measured more in economic terms than in military punishment.

The policy elements of a strategy of asymmetric defense should also include the following more specific initiatives. Some of them, by their very nature, should be implemented soon, before any crisis might occur, and when they can still strengthen deterrence.

- The Department of Defense, under the guidance of the national security adviser and at the direction of the president, should reach out to other agencies for assistance and expertise in developing integrated economic-military war plans. Among other steps, personnel from the Department of the Treasury, the Office of the U.S. Trade Representative, the Committee on Foreign Investment in the United States, the National Science and Technology Council, and the Department of Energy, should be routinely seconded to military commands for purposes of planning.

- These nonmilitary agencies of the government need broader mandates of their own, partly to think through integrated economic and military operations of the type noted above and partly to monitor the potential vulnerability of the economies of the United States and its key allies to various kinds of reprisals that might be directed against them in an economic war with Russia or China. Allies should be encouraged to do such planning themselves.

- NATO infrastructure funds should be used for purposes such as development of additional liquefied natural gas terminals in western Europe. Those gas terminals can be used as a hedge against future contingencies (and embargoes on oil and gas from Russia that could be central to any strategy of economic warfare against that country).

- The U.S. National Defense Stockpile of strategic minerals and metals should be restored to Cold War-like levels, roughly ten times greater in dollar value than is the case today ($15 billion versus $1.5 billion). In light of trends in North American energy production, increases in the size of the national petroleum stockpile may be less crucial. However, key U.S. allies and friends—especially South Korea, Japan and Taiwan—may need to take steps to ensure adequate fuel stocks for themselves.

- American military investments need to prioritize, among other assets, long-range strike platforms that could be relevant to protracted sanctions-reinforcing operations in places such as the broader Persian Gulf and Indian Ocean regions, and various kinds of long-range stealthy sensor platforms and other backups to satellites. Nonlethal weapons to incapacitate tanker ships should be a priority, too.

- The Committee on Foreign Investment in the United States (CFIUS) should have its mandate broadened so that it includes assessments of such matters as supply-chain vulnerabilities. Indeed, CFIUS might even be renamed the Committee on Foreign Investment and Economic Resilience in the United States, with an expanded mandate to accompany the name change. It could be given the authorities to incentivize, or even mandate, a degree of supply-chain diversification for key products with national-security significance as a hedge against excessive reliance on Russia or China.

This strategy will work only if it is prepared in advance. So it’s time we got on with it.

Michael O’Hanlon is a senior fellow at Brookings and author of the new book, The Senkaku Paradox: Risking Great Power War over Small Stakes.